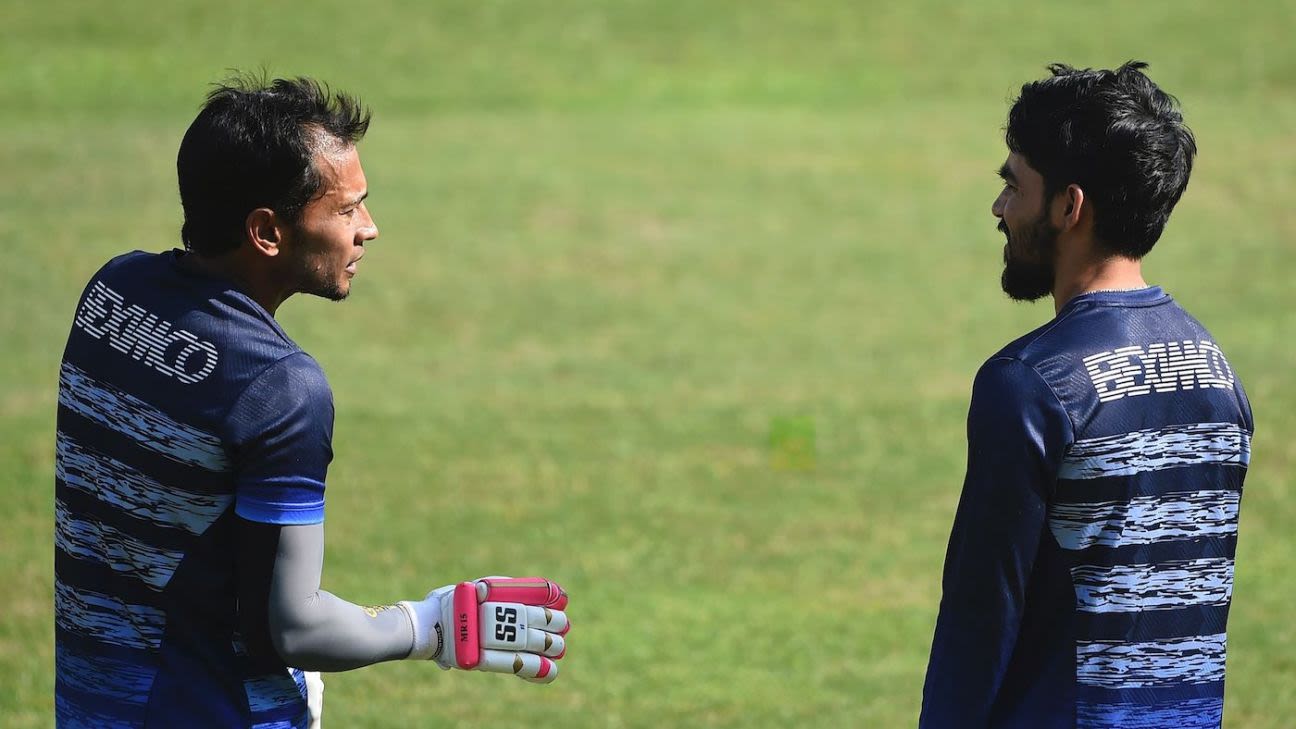 Oh, how the tables have turned! How beautifully the momentum has shifted West Indies’ way, and the pressure towards Bangladesh.

West Indies hold the lead in the series, and therefore the edge, after their debutants Kyle Mayers and Nkrumah Bonner put together a comeback for the ages on the fifth day in Chattogram. Mayers’ unbeaten 210 was only the second time a batsman struck a match-winning fourth-innings double-century. That it came from a debutant, who had very little familiarity with the pitch he was batting on, made it all the more remarkable. Bonner’s 86 was a coming-of-age innings for a cricketer who has waited long. While Shannon Gabriel’s show of deadly pace on such a slow pitch on the third evening was inspirational.

A delighted Phil Simmons, the West Indies coach, continued to be cautious, stressing on finishing the job, something they have failed to do on several previous occasions. But, while the Chattogram win didn’t come easy – Test wins don’t – it is also true that such a result can do wonders to the overall confidence within a squad.

Quite the opposite is the case in the Bangladesh camp. Bad as the result was, the news that Shakib Al Hasan wouldn’t be fit for the second Test made things worse. And opening batsman Shadman Islam joined Shakib on the sidelines when he failed to recover sufficiently from the hip injury he sustained while fielding in the first Test. Soumya Sarkar – who underwent the PCR test on February 7 and has been kept in isolation since – has been named Shakib’s replacement, while no replacement has been named for Shadman.

Who slots in for Shakib is just one of many questions staring at the Bangladesh team management. Whether the spinners can find their rhythm in the Dhaka Test is going to have a bearing on their fortunes, because, while Mehidy Hasan picked up eight wickets in Chattogram, more would be expected from Taijul Islam and Nayeem Hasan. Bangladesh have a spin-centric bowling strategy, that has now failed more often than it has worked for them, and with the Dhaka pitch likely to be assisting spinners, the make-up of Bangladesh’s team will need careful thought.

Mayers ‘honoured’ to be on record list with Gavaskar, Headley

After his match-winning knock in Chattogram, Kyle Mayers will have the eyes of the world on him. He has called himself “a student of the game”, and it will be interesting to see how the newcomer goes, now that he will have a fair bit of hype to live up to.

A maiden Test century to go with eight wickets in the Chattogram Test has given Mehidy Hasan back his Test spot. But he will have to put in another big performace, especially in Shakib’s absence.

Whenever Shakib isn’t around, Bangladesh struggle with team balance. They have Sarkar, Mohammad Mithun, Yasir Ali and Saif Hassan among frontline batsmen and Taskin Ahmed, Abu Jayed, Ebadat Hossain and Hasan Mahmud among bowlers in the squad. Among them, Sarkar is the closest they have to an allrounder.

It is unlikely that West Indies will make changes to the XI from the side that won in Chattogram. They have fast bowler Alzarri Joseph and left-arm spinners Veerasammy Permaul and Kavem Hodge and allrounder Raymon Reifer waiting in the wings, but they might have to continue to wait, barring an injury.

The pitch should help spinners more than the one in Chattogram did. Sides batting first in the last five years have averaged around 332, with five out of six teams winning the match after batting first.

“We start from zero again. We have to go back to the process, we have to practice and prepare well. It is going to be a different wicket, ground and everything. It is important for us to assess again. Going over the processes and ensure we do well.”

“It would have been great to have Shakib bhai in the side in Mirpur but in his absence, myself, Taijul bhai and Nayeem have to take more responsibility. We will try to bowl more in the right areas, so that they can’t play us easily.”