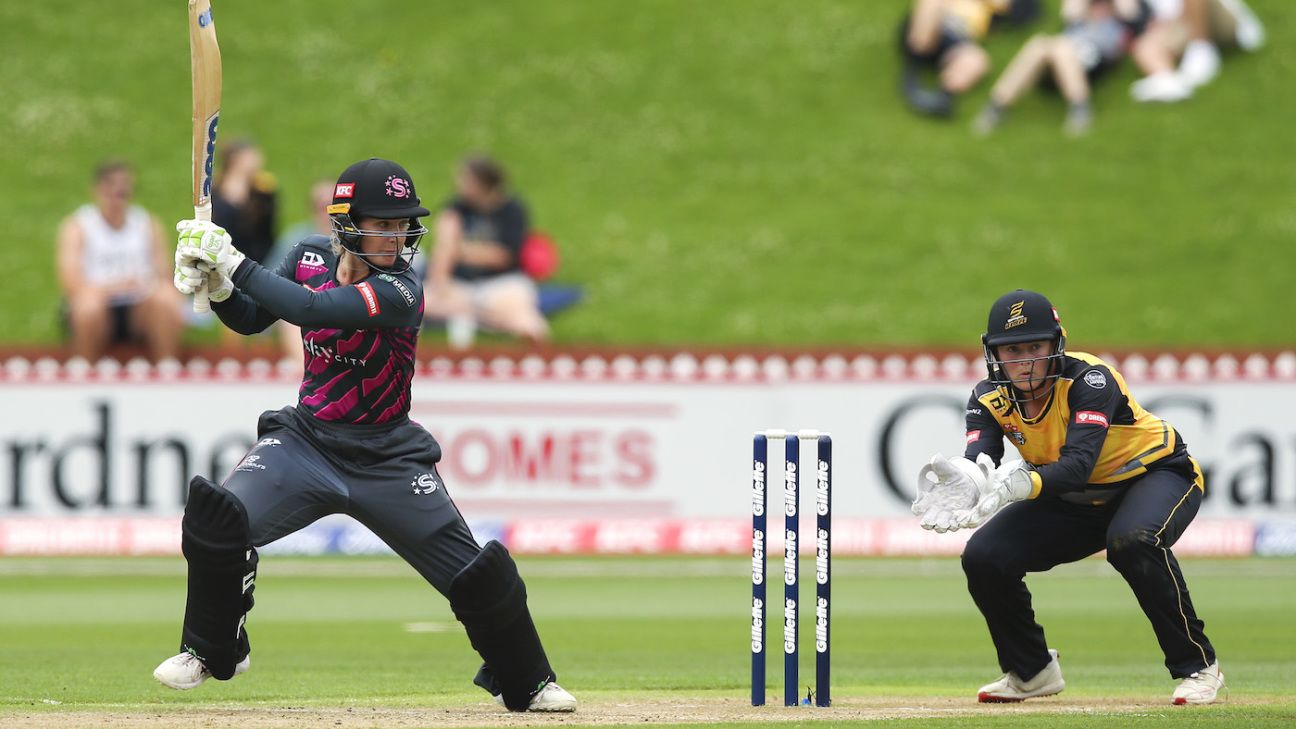 Allrounder Frances Mackay returns to the ODI side after seven years

New Zealand Women have included two potential debutants in 16-year-old Fran Jonas and Brooke Halliday for their 13-person squad to take on England in the upcoming ODI series at home. However, the team will continue to miss Suzie Bates due to a shoulder injury she sustained in November, while medium-pacer Rosemary Mair is also out with a side strain. New Zealand will, however, welcome back Canterbury allrounder Frances Mackay, who hasn’t represented the country since 2019 due to an achilles injury, and last played an ODI in February 2014.

Halliday, who plays for the Northern Districts, is the second-highest run-scorer in the one-day Hallyburton Johnstone Shield, while Jonas, the Auckland teenager who was offered a development contract by NZC last year, is the fourth-highest wicket-taker in the competition.

“Brooke and Fran both deserve their call-ups on the back of strong domestic form,” head coach Bob Carter said. “Brooke’s done a superb job at the top of the order for the Spirit and offers a point of difference as a left-hander.

“Fran’s an exceptional talent who’s proven she can foot it with our top players. It’s exciting to add a left-arm spinner to our squad and the balance that offers our bowling attack.

“This is a great chance for them to come in and develop their games. We’ve selected them for a reason and look forward to welcoming them into the group.”

On Mackay’s inclusion, Carter said, “Frankie has once again proven her all-round skills in the domestic game and gets another chance at the international level. She is a vastly experienced cricketer and will be an asset with both bat and ball.

“With the ICC Women’s Cricket World Cup in New Zealand next year, we want to take this opportunity to build the best possible team for the tournament.”

Auckland head coach Nick White has been working with Jonas for several years and said she will need the support system around her to excel at the next level.

“Fran has continued to impress this season for the Hearts and fully deserves this opportunity,” White said. “She has a fluent, economical action and excellent work ethic so she’ll relish the chance to work with the White Ferns coaches to continue her development.

“At 16 years old, Fran is just at the beginning of her cricketing journey and we need to make sure she has the support around her as she embarks on this next step.”

Bates had been part of the New Zealand squad that had toured Australia for three ODIs and three T20Is last September, but her series was cut short after picking up an injury in the first ODI. She recovered to play a game for the Adelaide Strikers in the WBBL, but injured her right shoulder again and was sent home for surgery.

The team will assemble in Christchurch on February 17 for a training camp ahead of the first ODI at Hagley Oval, on February 23.