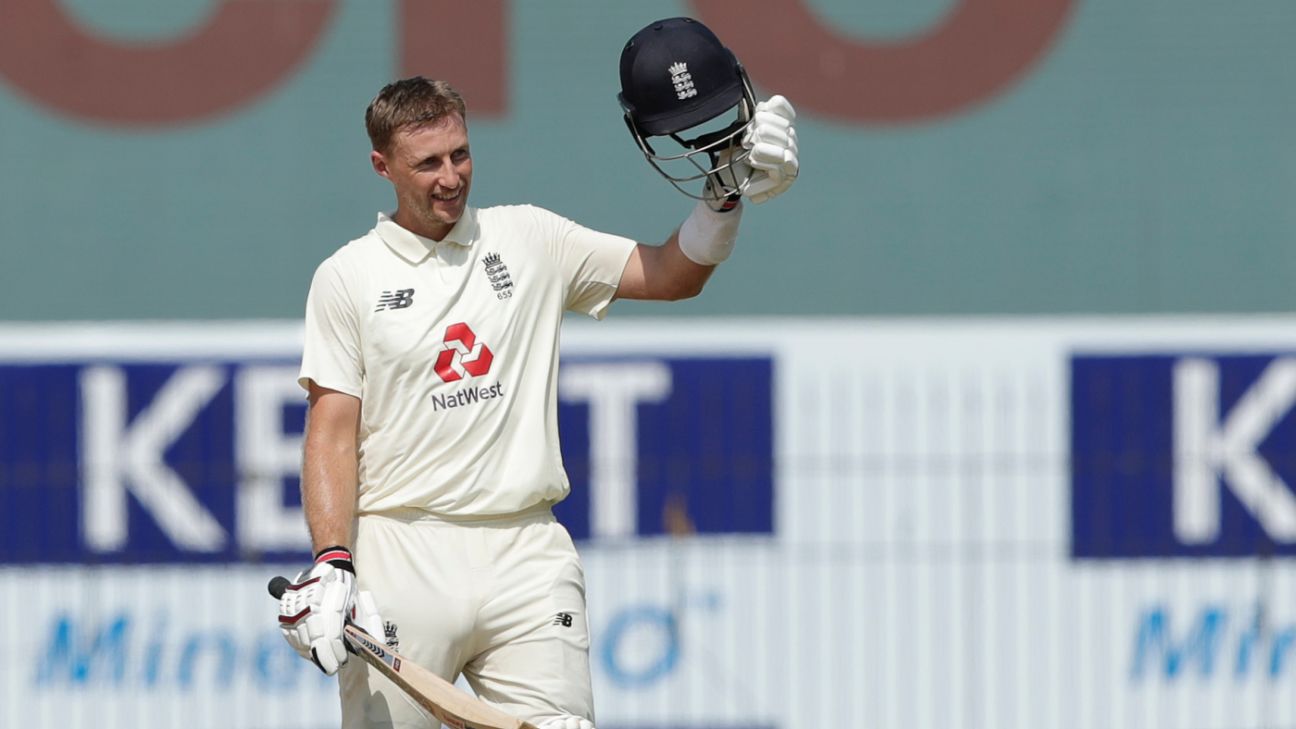 England captain Joe Root‘s match-winning 218 in the first Test against India has taken him to No. 3 in the ICC Test batting rankings, while India captain Virat Kohli has slipped to No. 5.

Root, who came into the tour on the back of an incredible run in the two-Test series in Sri Lanka – where he scored 426 runs – made a double-century on the second day of the Test in Chennai and helped England pile up 578 runs. He followed it up with a quick 40 in the second innings to stretch England’s lead, which eventually helped them go 1-0 up in the four-match series and kept them in contention for the World Test Championship (WTC) final.

Kohli, who returned from paternity break having missed the last three Tests against Australia, dropped points after making scores of 11 and 72 – the highest in India’s second innings – in Chennai. Australia’s Marnus Labuschagne also slipped to No. 4 as a result of Root’s gain. Kane Williamson at No. 1 and Steven Smith at No. 2, however, retained their positions in the table. With 883 rating points, Root is ahead of Kohli for the first time since November 2017, and is currently 36 points behind Williamson and eight behind Smith.

There were gains for England in the bowling department as well, with James Anderson rising to the third spot from sixth – moving past Neil Wagner and Josh Hazlewood – following his match haul of 5 for 63 in the first Test. Stuart Broad, who was not in the playing XI in Chennai, is only four rating points ahead of him at No. 2 in the chart, which is led by Australia’s Pat Cummins. England spinners Jack Leach and Dom Bess, who played major roles in the Chennai win, also reached their career-best rating points, moving up to the 37th and 41st positions respectively.

Meanwhile Rishabh Pant, who made an 88-ball 91 in the first innings, became the first full-time wicketkeeper from India to reach 700 rating points among batsmen, retaining his 13th position.

Following West Indies’ historic win in the first Test against Bangladesh in Chattogram, Kyle Mayers, who made 210 not out on debut in the fourth-innings chase, recorded the highest-ever rating points – 448 – for a West Indies batter on debut and entered the table at 70th spot.

Pakistan’s 2-0 sweep over South Africa at home saw Hasan Ali – who picked up ten wickets in Rawalpindi – go up 21 places to No. 23. Among Pakistan batters, Mohammad Rizwan, who was also named Player of the Series, moved up 19 places to a career-best 16th place after his scores of 26 and 115.