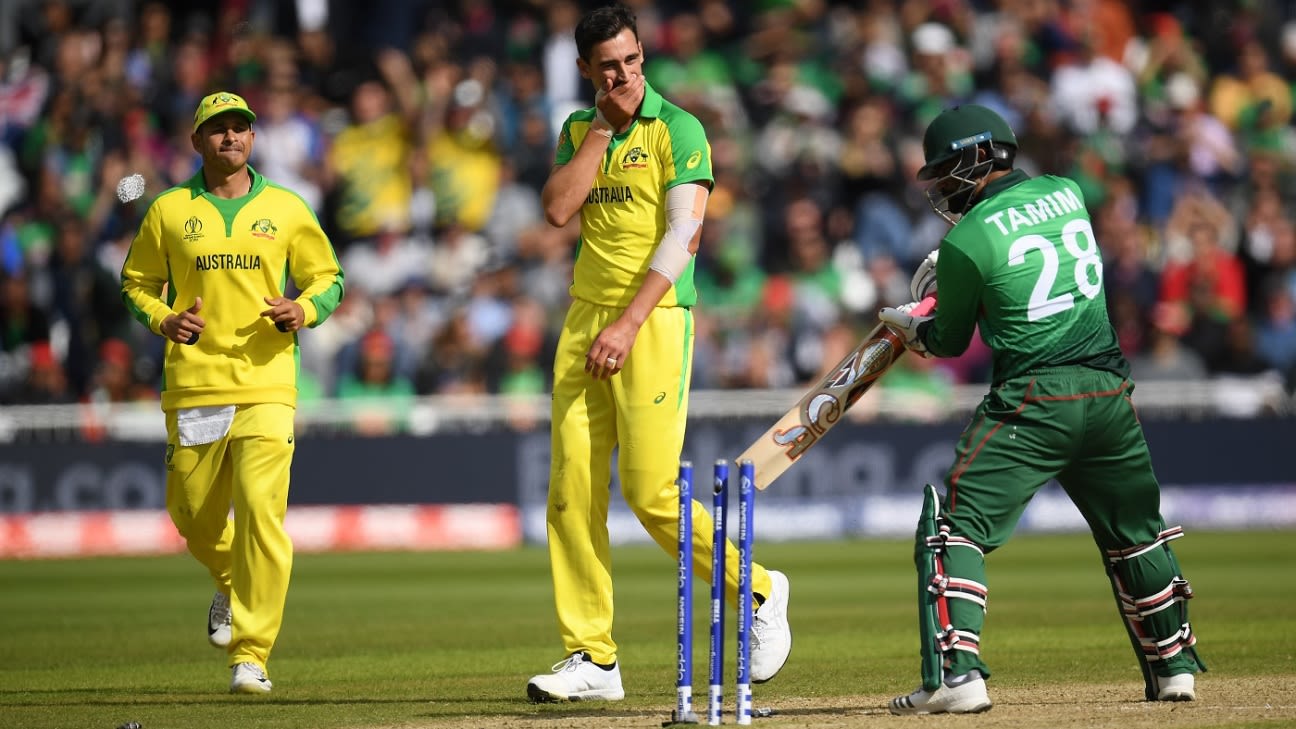 Australia are set to make a belated trip to Bangladesh later this year for their first tour since 2017. Not for the Tests originally scheduled as part of the World Test Championship, but instead for T20Is intended as warm-ups for the T20 World Cup meant to be hosted by India soon afterwards.

ESPNcricinfo has confirmed discussions around the brief tour, which are the result of India hosting the global T20I event in 2021 while the 2020 edition, originally to have been hosted by Australia last year, was pushed out to 2022. According to the Future Tours Program, Bangladesh are also to host England for white-ball games ahead of the T20 World Cup, meaning the matches may well be arrayed as a triangular series.

However, it has also been established that any prospect of last year’s postponed Test tour of Bangladesh, one of the first scheduled assignments delayed due to the Covid-19 pandemic, has been effectively washed away by the fact it could not be rescheduled during the remaining window for WTC series before the table is finalised in April. Australia are duly set to go nearly 10 months without a Test match between the India series this summer and a rescheduled home Test against Afghanistan next summer, ahead of the Ashes.

Cricket Australia and the BCB have continued lengthy talks ever since the postponement of the series last April, but neither board was able to commit to a window for a Test match tour. CA’s protracted and ultimately fruitless negotiations with Cricket South Africa over their scheduled WTC series in March broke down irreparably last week, ironically leaving a 33-day gap in between the end of Bangladesh’s current home series against West Indies on February 15, and the start of their white-ball tour of New Zealand on March 20 where neither country will play at all.

Australia’s Test team have lost control of their WTC destiny due to the decision not to tour South Africa, but could have regained it by playing and winning a Test series with Bangladesh at any stage between last June, when the tour was originally meant to be played, and the April cut-off point for the championship table. This was the case even after the ICC retabulated the WTC table to be ranked according to points won over matches played, accounting for the imbalances deepened by tour cancellations due to Covid-19.

The deterioration of relations between CA and CSA around tour talks and biosecurity protocols has led to the South African board writing to the ICC by way of opening a conversation about financial recompense for countries who have their home series cancelled by touring teams unwilling to make the trip.

Cricket’s global governing body is understood to be encouraging further, peacemaking dialogue between CA and CSA, while at the same time being wary of the possibility of a formal dispute resolution mechanism being triggered between the two boards.

CA has fervently denied allegations of bad faith negotiating from CSA, arguing that the two boards had irreconcilably different attitudes to Covid-19 that made it impossible to find the common ground required for the tour to go ahead. The governing body has also argued that CA’s efforts to reschedule series is proven by the current tour of New Zealand, a makeup for last summer’s cancelled series, and the shift of the Afghanistan Test. A CA spokesman declined to comment on the Bangladesh tour plans.