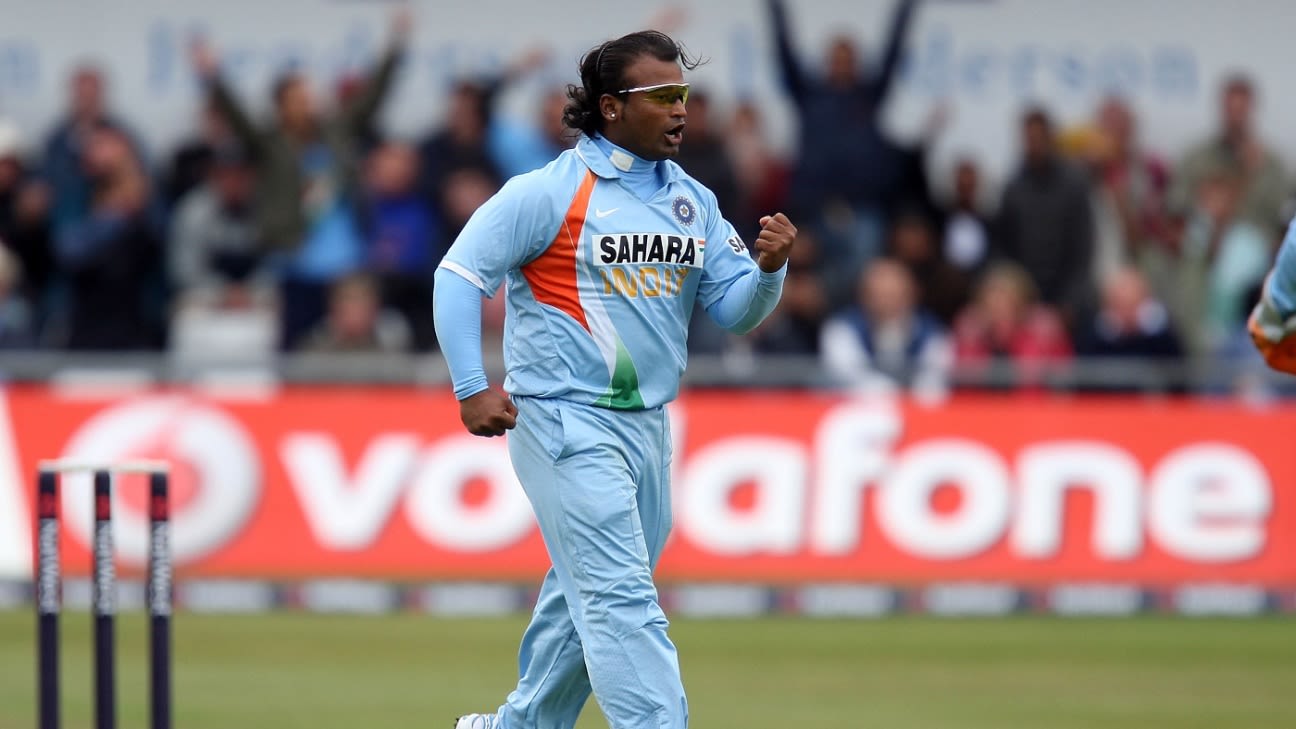 A day before the squad is picked for the forthcoming Vijay Hazare Trophy one-day tournament, Mumbai have appointed a new head coach in former allrounder Ramesh Powar.

Powar, the former Mumbai and India offspinner, replaces former Mumbai batsman Amit Pagnis, who resigned a month after taking charge citing the team’s “poor performance” during the Syed Mushtaq Ali Trophy where the 41-time Ranji Trophy champions failed to make the knockouts having lost four of their five matches during the group stages.

Sanjay Naik, the Mumbai Cricket Association secretary, confirmed Powar’s appointment and said it was until end of March. “The Cricket Improvement Committee (CIC) has recommended Powar as the head coach. The MCA has appointed him for this season,” Naik told ESPNcricinfo.

Powar, who won the Ranji title six times with Mumbai, said he took up the challenge as he wanted to restore the dominance enjoyed domestic giants in the past. “I am looking forward to create healthy and positive atmosphere in the dressing room. We want to create a brand of cricket which Mumbai was known for in the past,” Powar said.

“All these players are good, but why then are we not able to become a team that is invincible? That is my challenge.”

Powar, who is 42, retired from in 2015, was until last September a spin bowling coach at the National Cricket Academy in Bengaluru. Before that he served as interim head coach of the Indian women’s team, a stint that included the 2018 Women’s World T20 where India reached the semifinals.

Recently, the Mumbai selection committee, lead by former India fast bowler Salil Ankola, had named 100-plus probables for selection trials. A final squad, Naik said, would be picked on Wednesday, which would then travel to Jaipur where Mumbai are part of the Elite Group D in the Vijay Hazare Trophay, which includes Delhi, Maharashtra, Himachal Pradesh, Rajasthan and Pondicherry.

Some of key players that are likely to be part of the final squad include Shreyas Iyer, Suryakumar Yadav, Prithvi Shaw, Dhawal Kulkarni, Aditya Tare, and Sarfaraz Khan. Barring Iyer, the rest of these players were part of the Mumbai squad for the Syed Mushtaq Ali Trophy where Yadav lead the team. In his resignation, Pagnis had said inadequate preparation was the key reason behind Mumbai’s inability to make the knockouts.

Powar acknowledged that his primary task would be to create a cohesive unit and help players understand the legacy of a team that once was invincible in Indian domestic cricket. “We have lot of good players. Individually they are very good, but as a team we need to gel together and play well and complement each other and help them perform their roles. All these players are good, but why then are we not able to become a team that is invincible? That is my challenge.”

Powar’s last-minute appointment follows a chaotic set of developments involving differences between the CIC and MCA. According to Naik, after Pagnis stepped down, former Mumbai captain Amol Muzumdar had informed the MCA informally that he was available in case he was needed.

It is understood that the CIC, which comprises former India and Mumbai cricketers Lalchand Rajput, Raju Kulkarni and Sameer Dighe recommended Powar after the latter wrote to the MCA in January stating he was interested in taking charge as head coach. On January 18, the CIC checked with the MCA whether Pagnis had indeed stepped down and what should be the recruitment process to find a replacement.

On February 1, the CIC sent another email suggesting steps to facilitate the team’s preparation for the Vijay Hazare tournament including conducting practice matches. The CIC also sought clarity on the coach appointment process. On February 5, the MCA responded to the CIC stating it had “appointed” Muzumdar as the head coach of the Mumbai team keeping in mind the “limited time” available.

The CIC is understood to have expressed “surprise” over Muzumdar’s appointment in its response. As per the MCA constitution, the CIC said it had the powers to appoint both the selectors and coaches for Mumbai teams. The CIC also pointed out that it had no knowledge of Muzumdar officially applying for the job. The CIC stated that though Muzumdar was “capable” of doing the job, Powar was its final choice as he had the “credentials” and experience. The CIC left the final decision to the MCA president Vijay Patil.

On Tuesday it is understood the MCA informed the CIC to appoint Powar.