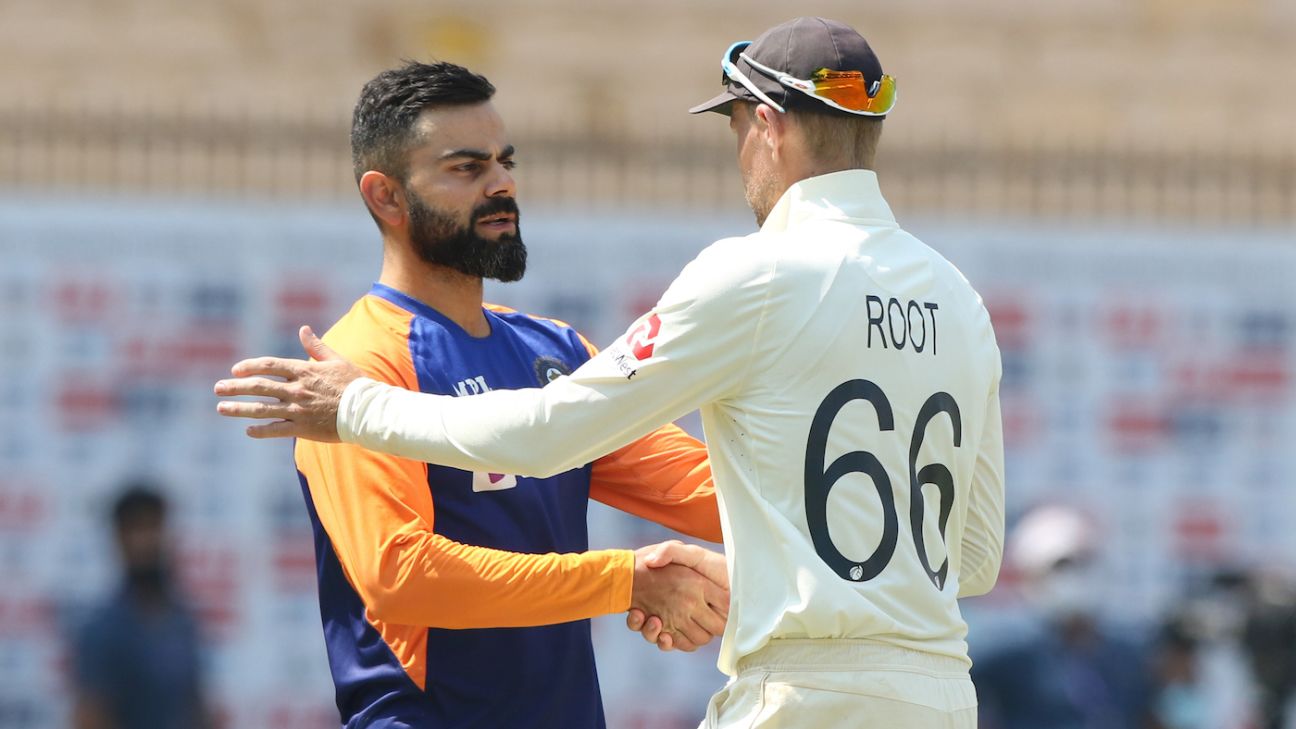 England’s 227-run win against India in the first Test in Chennai has made the race to the World Test Championship final that much more interesting, and now there is plenty at stake for both the teams, as well as for Australia. New Zealand are already there. Who will join them? Australia’s points percentage is 69.17, and that’s what India and England would be hoping to top.

What do India need to do to qualify for the final?

The defeat has made the path to the final tricky for India. They need 70 points to go past Australia’s points percentage. This is a four-Test series, so each win is worth 30 points. That means India need at least two wins and a draw (worth ten points) from the remaining three Tests. If they lose any of the next two games, their qualification hopes are gone.

Have England’s qualification chances gone up?

England’s chances have improved, but they still have work to do. At the start of the series, they needed 87 points, which means at least three wins. While they have made a great start to the series, they will still need to win two of the remaining three Tests to go past Australia. History is against them there – the last time a touring team won three Tests in a series in India was West Indies, in 1983-84.

So is England’s first Test win a good result for Australia?

Yes, this is one of the rare instances when Australia would have been rooting for an England win, because for Australia to go through, they need both India and England to stay below their 69.17. That can only happen if:

Now that England have won the first Test, Australia will hope England win no more than one more Test, and also prevent India from winning the series by any margin.

Australia are still in it, but they could have avoided all this uncertainty had they not dropped four points because of a slow over-rate against India in the Boxing Day Test. Had that not happened, Australia would have been level with New Zealand on 70, which would then have brought the runs-per-wicket ratio into play (that is the ratio of the runs scored per wicket lost, and the runs conceded per wicket taken). Australia’s ratio is 1.39 while New Zealand’s is 1.28.

This means Australia would have stayed ahead of New Zealand if they hadn’t been docked those four points, and would have been certain of qualification. Now, they will need India and England to help them out.

Of course, the over-rate lesson is one that both India and England will do well to heed: any points docked due to slow over-rates could affect the qualification hopes of these two teams as well.