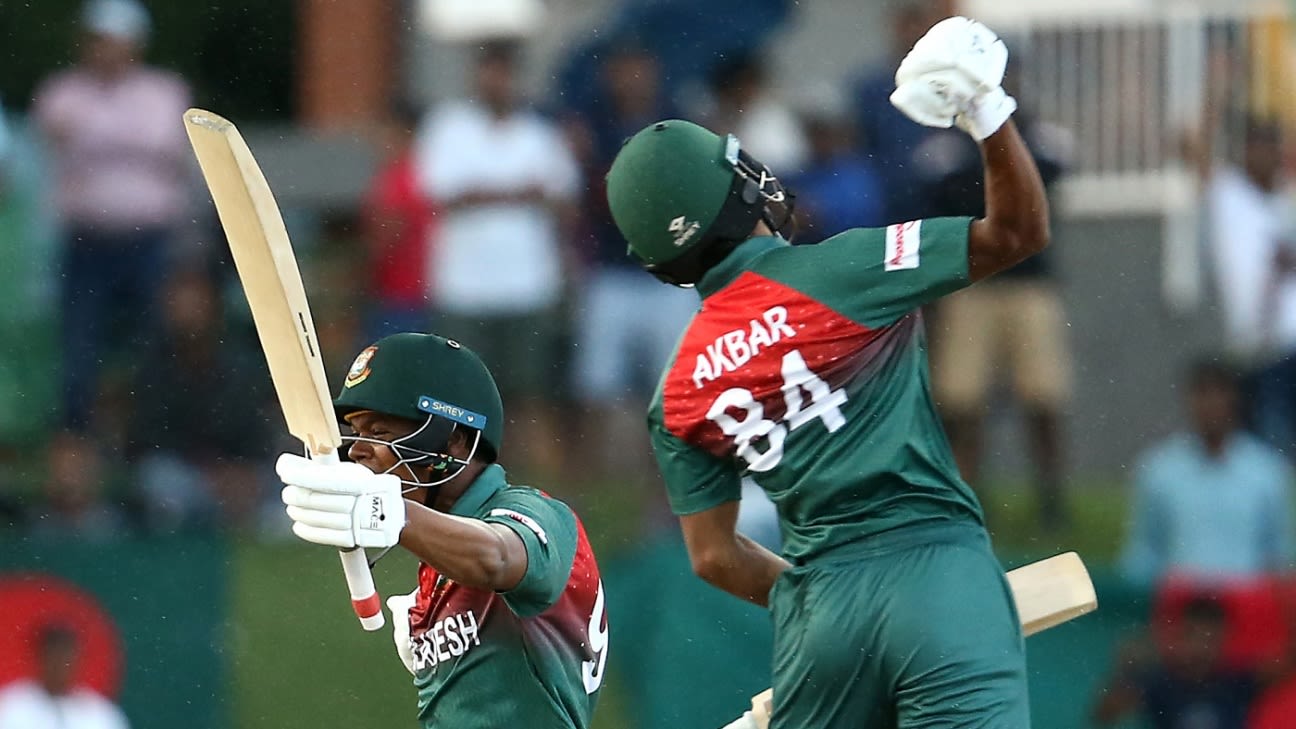 The BCB has named Saif Hassan and Aminul Islam Biplob in the 20-member preliminary Bangladesh Emerging players squad for their upcoming home series against the Ireland Wolves – the Ireland A side. The visitors arrive on February 18, to play a four-day game, five one-dayers and two T20s.

The Wolves’ tour begins in Chattogram, where they will be in quarantine for three days before the four-day game takes place at the Zahur Ahmed Chowdhury Stadium from February 26.

The one-day series begins on March 5 at the same venue, before the tour moves to Dhaka for the fourth and fifth games. The two T20s, on March 17 and 18, will also be held in Dhaka.

The home side have picked several players who triumphed in the Under-19 World Cup a year ago, including Akbar Ali, Rakibul Hasan and Tanzid Hasan. Among the slightly older players are Saif, Biplob and Mahidul Islam.

Bangladesh’s squad has already started to train in Chattogram from earlier this week.

The tour assumes greater importance for Ireland, given the postponement of the team’s tour of Zimbabwe. Richard Holdsworth, High Performance Director for Cricket Ireland, had said after the postponement was announced on Monday that they would look at this tour as a way to “to provide many of our players the volume and quality of cricket we need to keep the momentum in player development we have been seeing over the last few years.”