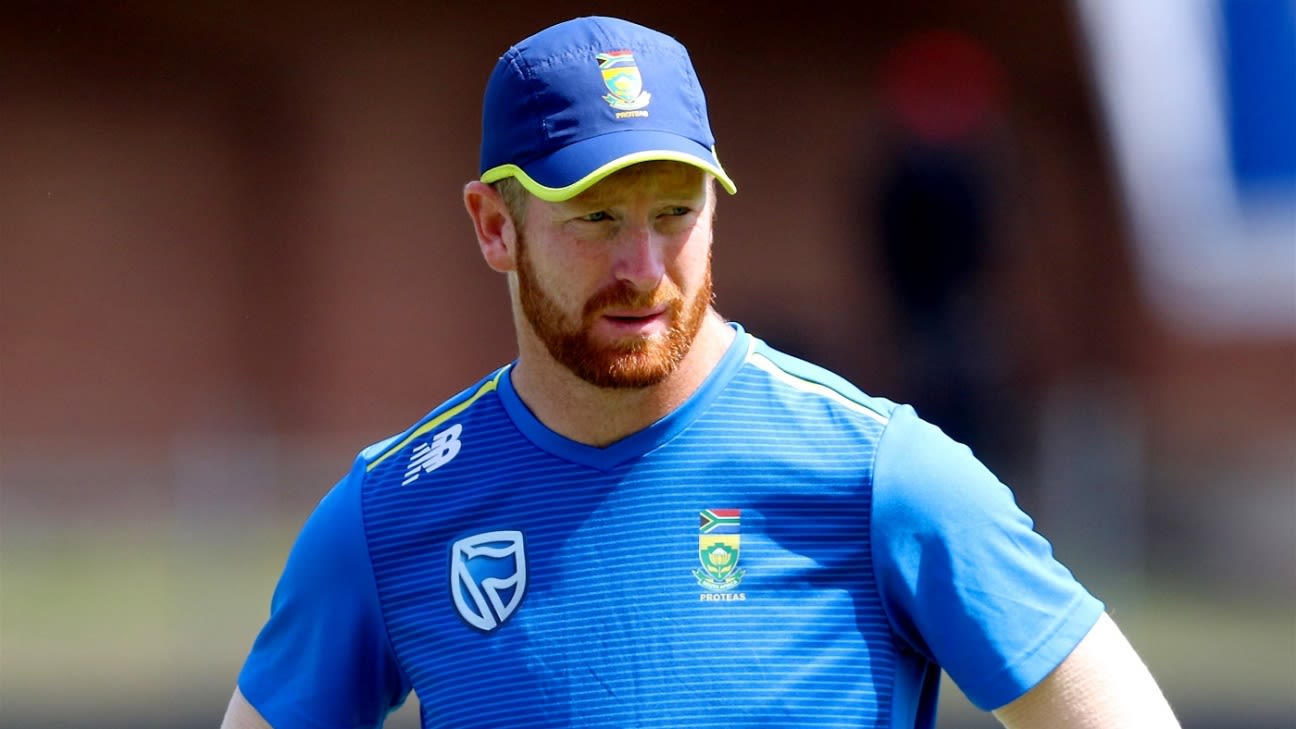 Heinrich Klaasen will play competitive cricket for the first time after a two-month recovery from Covid-19, when he captains South Africa in the T20I series against Pakistan. Klaasen, who is leading the team in the absence of Quinton de Kock, tested positive for the virus on December 3, during South Africa’s white-ball series against England.

At the time of the positive result, Klaasen was part of a bio-secure team environment and had played in the first two T20Is. He was withdrawn from the third T20I and required to isolate. And so began a long and solitary period of rehabilitation.

“The first 16 or 17 days I couldn’t really do much. I was very ill,” Klaasen, who did not require hospitalisation, said in Lahore on Tuesday, two days ahead of the first of three T20Is. “The problem came with the fact that I could not start exercising. Or I could start exercising again, but I could not run 20-30 metres, or do anything for two or three minutes without my heart rate going up too high.”

As a result, Klaasen was unable to follow CSA’s return-to-play plan and had to proceed at a slower pace. “There are protocols that one has to follow to be able to rebuild your workload but I could not stick to that programme,” he explained. “It is a very simple programme where you exercise for 10-15 minutes a day and (do exercises) like walking 200 metres. It took me a long time to just get my heart rate under control so that I could exercise at least a little bit without getting past the phase where it is too dangerous.”

The physical challenge was not the only hurdle Klaasen had to overcome. In an Instagram post he shared three weeks ago, Klaasen cautioned his followers to understand that Covid-19 “is real” and that “the mind takes you to deep and dark places in times like this”.

He was unable to take any part in domestic cricket, including the four-day and one-day competitions, and the frustration of working his way back took its toll. “It was mentally very difficult to just have to sit at home for two months. I could do nothing. Later I had a weekend in the bush where I could get away from it all and get a fresh head before we had to come here.”

At the end of January, Klaasen visited the Lions Sands Game Reserve in the Kruger National Park at the same time as the tropical storm Eloise struck. The game reserve was battered by heavy rainfall and high winds and parts of it were flooded and forced to close to visitors but Klaasen’s stay was unaffected. He even managed to get in his exercise while on the trip, determined to be ready for the Pakistan series. “For the last three weeks, I have been able to train really hard with Mandla (Mashimbyi, the Titans coach) at the Titans. I’m on course, I’m fit and I’m safe and I can play cricket again.”

Of course, Klaasen cannot say for sure what he expects his form to be like after last playing a match in December, but he was confident from sessions in the nets that he has been striking the ball well. “It’s been a different kind of season for me. I’ve played four games which has been frustrating so it’s difficult to tell you what my form is like. We’ll see after these games,” he said. “I am hitting the ball really nicely at the Titans just to get some rhythm.”

The squad for the T20Is is without the likes of de Kock, Kagiso Rabada, Faf du Plessis, Rassie van der Dussen and Lungi Ngidi. All of them returned home with the Test side as part of South Africa’s plan to prepare for the three-Test series against Australia, which has now been indefinitely postponed – it was too late to change their plans and keep some of the Test squad in Pakistan. They have retained head coach Mark Boucher and assistant coach Enoch Nkwe, who have been joined by South Africa A coach Malibongwe Maketa and Dolphins franchise coach Imran Khan. Charl Langeveldt and Justin Ontong, the bowling and fielding coach respectively, have also gone home.

While the T20I squad is quite clearly not made up entirely of first-choice players, Klaasen was bullish about their status and their intentions for the three-match series. “We are by no means a second-string T20 squad and we are looking to win,” he said. “South Africa has got loads of talent, which people sometimes don’t see because we only have six franchises.”

That will change as of next summer, when domestic cricket in South Africa is revamped to a 15-team provincial structure.

Hasaranga denied NOC to play in the Hundred, forced to pull out of £100,000 contract
Russell, Moeen, Hasaranga among big-ticket sign-ons for UAE’s ILT20
Tamim becomes first Bangladesh batter to reach 8000 ODI runs
Series – and T20 World Cup spots – on the line as West Indies vs India goes to Florida for the weekend
Ireland bowl; Miller returns for South Africa