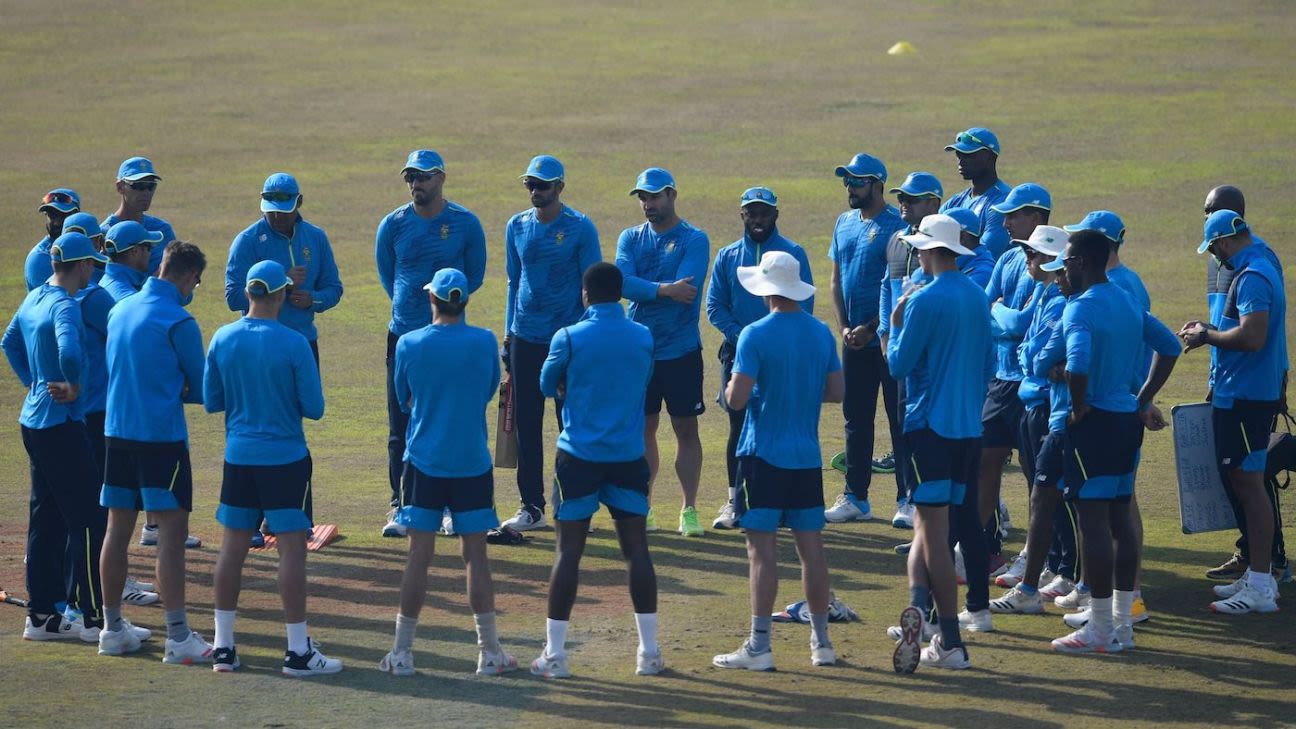 CSA has written to the ICC asking it to consider means of redress for less wealthy nations to make up for financial losses when tours do not take place as scheduled. The communication came as a response to Cricket Australia’s decision to indefinitely postpone a three-Test series that was due to be played in South Africa in March citing an “unacceptable” level of risk because of the coronavirus pandemic.

The letter, seen by ESPNcricinfo, called Australia’s unilateral decision to pull out of the series “against the spirit of sportsmanship”, with implications for the credibility of the World Test Championship (WTC), and raises concerns it will have a “serious impact on the financial well-being of less-wealthy” ICC members.

“There’s got to be some understanding of how we manage the impact to less-wealthy nations,” Stavros Nicolaou, the chairman of CSA’s interim board told ESPNcricinfo. “Unilateral decisions of this nature are punitive to less-wealthy cricket-playing nations and there has to be some discussion around redress.”

ESPNcricinfo understands that in order for the ICC to take action, it would first need to establish there was a dispute between CSA and CA and if that could be brought before its dispute resolutions committee. However, CSA has not lodged a formal complaint and sent its letter as a means of opening the door to communication about how best to manage the international cricket schedule during the pandemic, especially in the light of the WTC.

CSA believes that as the Australia series was part of the competition it falls under WTC terms, and that if members “can unilaterally decide whether to fulfil their obligations or not” it will put the integrity of the WTC into question. Australia have all but ruled themselves out of competing in the WTC final by not touring South Africa, with the winner of the India-England series set to play New Zealand in the final.

CSA was left extremely disappointed by CA deciding not to send its men’s team to South Africa after CSA went to every length to create a strict biosecure environment (BSE) for the series. That included obtaining government permission for Australia to receive VVIP treatment at the airport, which would not require them to even step into the terminal but proceed as diplomats would on to a bus, and additional assurances from the country’s health minister. Private hospitals also indicated they would make beds available to the Australian touring party if required.

Despite that, and evidence that South Africa has passed the second-wave of the pandemic, the variant of the virus prevalent in the country saw CA receive medical advice against traveling. It communicated this to CSA last Tuesday, a little over three weeks before the touring party was meant to arrive in South Africa, and a day after the restrictions in the country were eased.

“The reasons Australia cited seemed out of kilter with where the pandemic is,” Nicalaou said. “If we had got this communication from them in December it might be justified. The downward trajectory, even with the so-called South African strain, has shown a 75% reduction from the peak. Our preference would have been to ask for a consultation and we would have got the necessary experts on the call and explained the downward trajectory and we could have given assurances about the biosecure base. The decision should have been consultative and we would have seen what other measures we could have taken.”

CSA has also written to CA, detailing its concerns and saying it will “lose much needed revenue but will also result in wasted costs which CSA can ill afford”, and that it “cannot over-emphasise the loss of revenue caused by your unfortunate decision as well as the reputational damage that is certain to follow.” It is expected that CSA’s costs and losses will run into the millions of Rands.

South Africa are further concerned that Australia’s decision creates the impression that it is unable to maintain a BSE, despite doing so successfully on three occasions. South Africa hosted Sri Lanka for festive Tests on the Highveld (at the same venue where Australia were due to stay), the Pakistan women’s team for three ODIs and three T20s in Durban, and have held the domestic one-day cup in a bubble in Potchefstroom.

Their first attempt at creating a BSE, hosting England in Cape Town, did not go well after three South African players, two hotel staff and two members of the England touring party tested positive for Covid-19 (though the England tests were later confirmed negative); England pulled out of the tour before playing any of the three scheduled ODIs. However, that BSE was more lenient than any of the others, on the request of the ECB, and made allowances for players to leave the hotel to play golf at various different courses.

The Australia bubble was due to be strictest yet, and would have included all staff staying at the hotel for a three-week quarantine period before Australia arrived. Australia’s demands exceeded globally accepted norms, which ask for a quarantine period of two weeks in most cases, but CSA was willing to accommodate it in a bid to make the series happen.

Ultimately, CSA is also concerned that this postponed series will further entrench cricketing inequalities that see wealth and fixtures shared between India, England and Australia and which leaves the other nine Full Members behind. As an example, India have just returned from a tour to Australia and are hosting England. They will then travel to England in the northern hemisphere summer before England head to Australia for the Ashes. While these three teams will play several more Tests in 2021, South Africa do not have a single fixture confirmed.

“The cancellation of our tour sends a hurtful message to the less-wealthy cricket-playing nations of the world,” CSA’s letter to CA said. “Our considered view is that it will have a deleterious impact on the stability of global cricket, its growth and its future.”