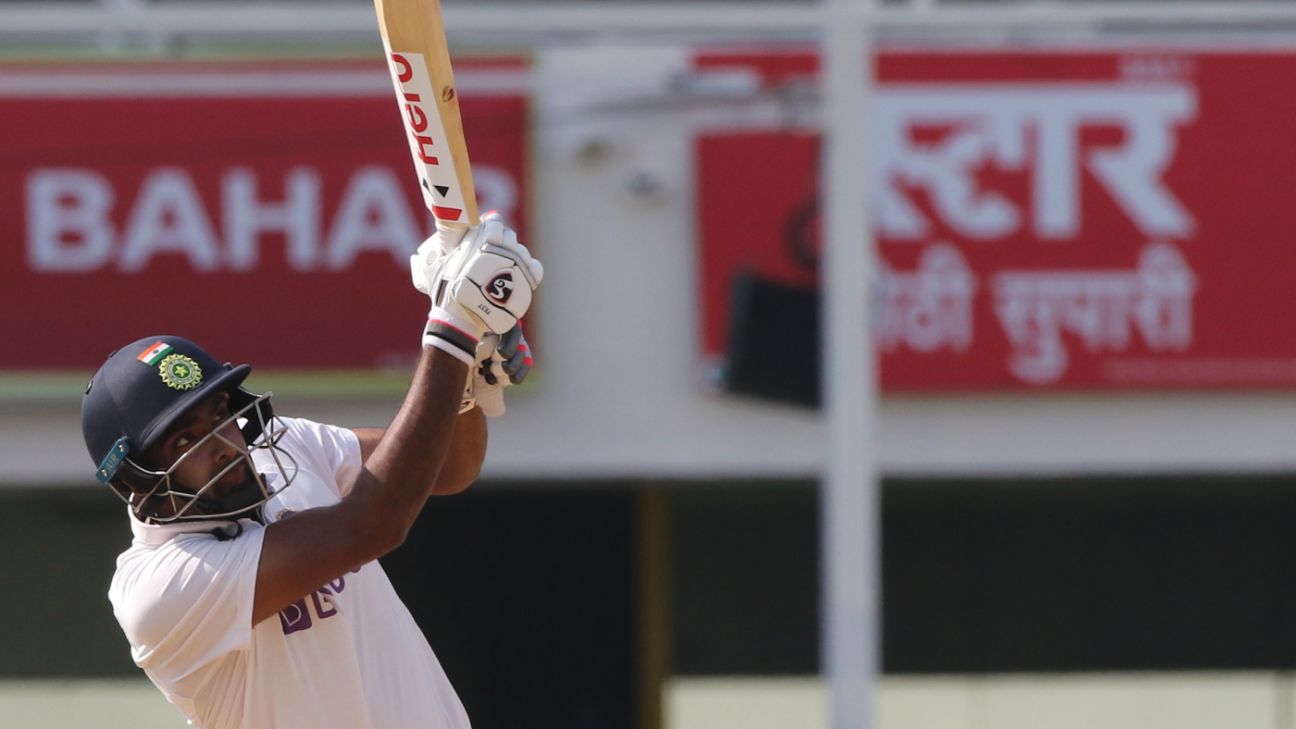 “Even if some parts of my body are not responding, I can really keep going,” says Ashwin about injury fears

The Indian team seems fairly confident about what they’re dealing with on the last day of this Test: they need 381 to win with nine wickets in hand, and going by the reflections of R Ashwin and Ishant Sharma at the end of day four, the possibility of victory is not something they have discounted. Ishant suggested that India’s batting line up could easily scale down the daunting target, while Ashwin – who batted nearly 30 overs in an 80-run stand with Wahsington Sundar – suggested that the pitch would play nicely on the last day.

“I think it all depends how we start up tomorrow,” Ishant said in a chat right after the day’s play with Star Sports. “If we get a good start, then I’m sure we can chase this down, because we have a batting line-up who are very fearless. So we are obviously very positive about this, so it’s just about the start, and then we look how we go through the innings.”

India have had to play catch-up on all four days of this Test so far, having lost the toss and conceded 578 before they were bowled out for 337 on Monday. Heading into day five on a pitch that has shown some signs of the ball keeping low, Ashwin suggested that India aren’t worried too much about it, particularly about how it might assist James Anderson and Jofra Archer.

“I think even in the first innings Jassi [Bumrah] got a couple of lbws,” Ashwin said when it was pointed out that Bumrah got a few deliveries to stay low on Monday. “There are a few things we need to understand when it comes to Jassi’s bowling. The arm path is different to what Anderson and Archer have. And these two [Bumrah and Ishant] are exponents of subcontinent conditions, they’ve been playing cricket in India. So I think it’s a facet of the game that goes unnoticed or unobserved from the outside, which I think might not necessarily happen. We think the wicket will play nicely.”

India’s famous returns in the recently concluded Australia series included a chase of 407 in Sydney on the last day, which they pursued until injuries forced them to shut shop at 334 for 5, and a successful chase of 328 in the last session in Brisbane. Some of the central figures of those final-day efforts are part of the XI currently taking on England, including Ashwin himself. Whether that fact had anything to do with England’s conservative batting towards the end of their second innings, Ashwin said he wasn’t sure about.

“I think the approach was something we probably expected, that they’ll try and put up 430-440 on the board, so we were also trying to manage our roles accordingly,” he said.

“I think they had two options in front of them in the morning. They could have asked us to follow on…the only reason I can see [for not doing that], is they wanted to give a bit of a rest to their bowlers, which is a part of the game that sometimes is not very well understood from the outside. So that could have been the thinking in wanting to bat again and give the bowlers rest, because sometimes fresh bowlers can do the trick more than tiring bowlers.”

The option to enforce a follow on, with a lead of 241, is something Ashwin and Sundar briefly believed they could completely take out of England’s hands, he said. The two Tamil Nadu batsmen, both playing on their home ground, were well placed to understand this pitch, he said. In what could be a nod to Ishant’s beliefs about this batting line-up, Ashwin also said Sundar is a special batsman.

“We actually did believe that we can wipe out the follow on and go on big, because we’ve played on pitches here, both Washi and I, and we sort of understand how it can be slow and we can pick our shots and pick our battles properly. In fact, we had got nicely settled, but I thought the ball bounced a little too much on that particular delivery [the one that dismissed him]. But having grown up playing club cricket in Chennai, playing spin, it’s one facet of the game that anyone coming from this part will do really well.

“Washi’s a fantastic batsman. I feel a lot of people going by the T20 format, where he plays No. 7, don’t recognise the batting talent. He’s quite a special batsman.”

“When it comes to bowling, it’s the joy I have. Even if some parts of my body are not responding, I can really keep going. That’s really how much I really love my art.”

Ashwin ended the day with his 28th five-wicket haul in Tests, with figures of 6 for 61, and a total of nine wickets in a Test where he has had to bowl 72.4 overs and bat 91 balls so far. Ashwin had missed India’s last Test through an aggravated back injury, but said the mammoth spell in Chennai’s heat and its effects on his body, didn’t occur to him. Bowling all day was a joy, he said.

“I’ve seen a few interesting observations on what people think might happen and might not happen,” he said on being asked about his back. “But as a cricketer, that’s the last thing that’ll go through my head. For me, part and parcel of my club cricket days was bowling 35-40 overs in a day and probably going back again to the nets and bowl. When it comes to bowling, it’s the joy I have.

“Even if some parts of my body are not responding, I can really keep going. That’s really how much I really love my art. I wouldn’t even go that route and think. My body today morning was pretty fresh and I wanted to come out and bat, so I just want to keep bowling as long as I’m doing it.”