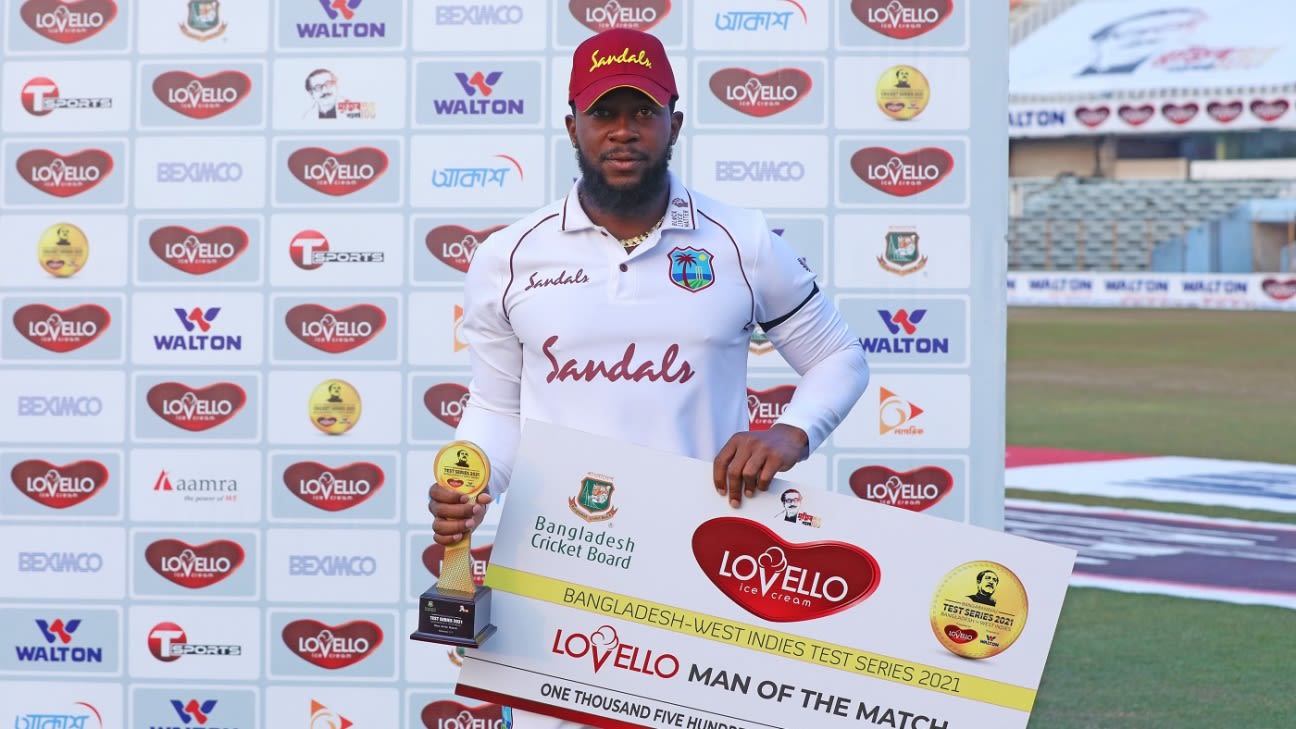 One of the many people watching Kyle Mayers bat on his dream Test debut was his father Shirley Clarke, who was up all of Sunday night following the match in Chattogram.

As a special surprise, CWI arranged for Clarke to congratulate his son in a Zoom call ahead of the post-match press conference. Shirley said that he had tears in his eyes seeing Mayers make the unbeaten 210 helped West Indies to a memorable win.

“I want to congratulate Kyle and the rest of your team-mates,” Clarke said. “This morning was very special for me. It brought tears to my eyes. I just want to wish you continued success to you and the rest of the team. Continue to work hard. We will stay connected as usual.”

Mayers thanked his father who had been his coach for much of his life. Clarke had played 12 first-class matches and five List-A games for Barbados and Combined Campuses and Colleges between 1999 and 2008. He has since become a Level-3 coach.

“You know how hard I was working when I was preparing for this tour in Barbados. You know how I felt about this opportunity. I just want to give you thanks for the help, coaching and making sure I was prepared for this series,” Mayers told Clarke.

Mayers said that he was always in touch with Clarke, whether it was to talk about his batting stance or any personal matter. He said that he was lucky to have a coach at home during the pandemic when everyone else was struggling to find time in the nets.

“Lockdown was difficult but I have been fortunate to have my dad, who is a Level-3 coach, throughout the lockdown days. I had my dad working with me. So we worked on various stuff,” he said.

Mayers, who was briefly caught up in Dominica during Hurricane Maria in 2017, said that the shift from Windward Island to Barbados has been a gamechanger for his career, as his playing role became more refined.

“From Windward Islands to Barbados, it was a tough process for me. I was actually injured and then I got prepared to play for Barbados in the next season. I had a different role. I wasn’t getting a lot of opportunities with the bat for Windward Islands.

“It changed from being a bowling allrounder to becoming a batting allrounder, representing Barbados. For me that is a big change, to get more batting opportunities to show people my batting capability. It was a massive difference.”