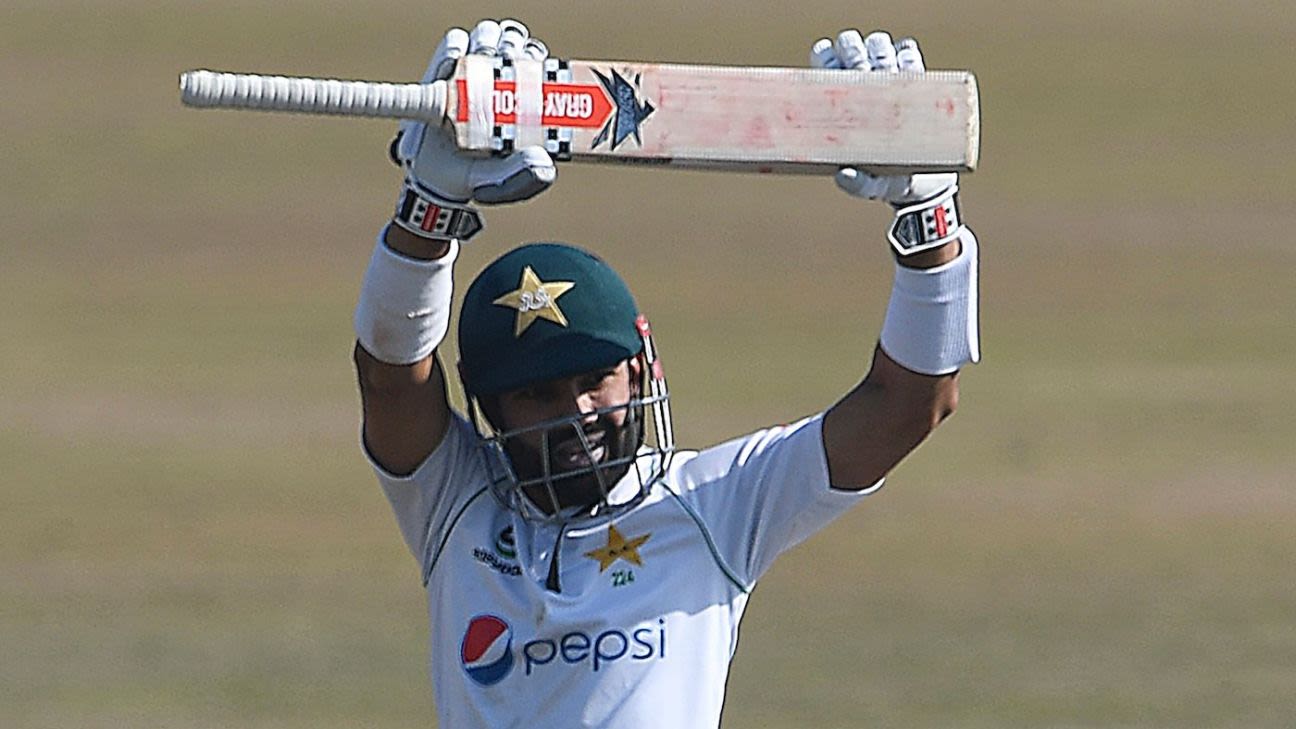 Mohammad Rizwan‘s seventh Test half-century led Pakistan’s efforts on the fourth morning in Rawalpindi, where they pushed the lead towards 300. Rizwan also shared an eighth-wicket stand of 53 with Yasir Shah to frustrate the South African attack, who found conditions less helpful than they have been throughout the match.

Unlike the first three days, where the ball kept low and reverse swing played a role, scoring appeared easier on the fourth morning but Pakistan still have reason to believe they already have enough runs to seal the series. South Africa will need to pull off the highest successful chase by a visiting team in Pakistan, beating Sri Lanka’s 220 at the same venue 21 years ago, and would need to successfully chase a score over 200 for the first time in almost a decade. The last time South Africa managed that was in 2011, against Australia in Cape Town.

If nothing else, South Africa can take a leaf out of the Pakistan lower-order’s book. Their last four pairs have put on 141 runs to underline the value of the lower order’s contributions to their cause. Similarly, it indicates the problems South Africa have encountered in dismissing the tail.

Keshav Maharaj took the first wicket of the morning in the sixth over when he hit Hasan Ali on the front pad with a ball that would have gone on to clip leg stump. Maharaj would have added a second scalp in his next over but Shah missed the cut shot and got an edge but the ball popped out of Quinton de Kock’s hands. Shah was on 10 at the time and his partnership with Rizwan worth 12. The stand grew more than four times that by the time Shah was deceived by a change of pace from George Linde and he chased a wide ball to be caught behind for 23.

In between that, South Africa thought they had snared Rizwan when he missed a cut shot off Linde and de Kock reviewed for a catch. UltraEdge, however, showed the ball did not make any contact with the bat. Rizwan was on 43 at the time and went on to bring up fifty off 113 balls with a cut, a shot that served him well throughout the morning.

Despite Linde’s continued threat, he was not initially given the second new ball which was shared by Maharaj and Anrich Nortje. Linde replaced Maharaj after one over but did not manage to claim a five-for before the break.

Back to the future: the remaking of Steven Smith
James Anderson feels the rare thrill of the unknown ahead of Pakistan Test bow
England bat, Will Jacks debuts with Ben Foakes unwell
Smith feels primed for big summer despite hip niggle
De Kock named Durban Super Giants’ captain for SA20