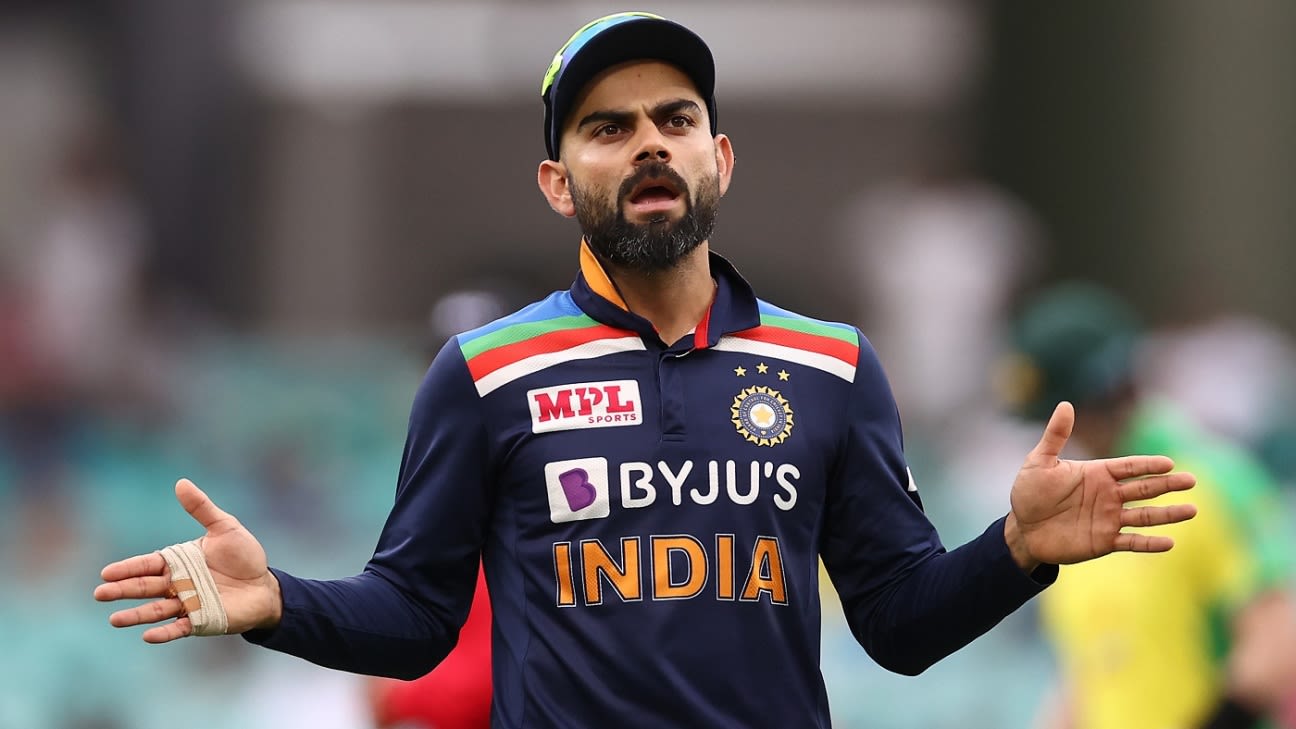 A day after India’s cricket establishment joined a Twitter conversation on the ongoing farmers’ protest in the country, captain Virat Kohli said the issue has been discussed within the India team. He said everyone had, in a team meeting, “expressed their views” on the issue, which has dominated national headlines for several weeks.

Kohli, speaking to the media before the first Test against England, did not disclose details of the conversation. “We briefly discussed it in the team meeting. Everyone expressed their opinion, that’s about it,” he said.

Kohli, and many of India’s leading cricket figures – including Sachin Tendulkar and team coach Ravi Shastri – tweeted on the issue on Wednesday, and his statements on Thursday were in response to a question on that. He was asked whether, given those tweets, farmers were finding space in conversations in the dressing room.

The tweets, which were all posted within a few hours of each other on Wednesday evening, had a common theme of calling for unity among Indians. Most of the tweets, and those at the same time by Bollywood actors and other celebrities, bore common hashtags: #IndiaTogether and #IndiaAgainstPropaganda.

Let us all stay united in this hour of disagreements. Farmers are an integral part of our country and I’m sure an amicable solution will be found between all parties to bring about peace and move forward together. #IndiaTogether

They followed a tweet by the singer Rihanna, who had linked to a CNN report on the farmers’ protests and asked, “Why aren’t we talking about this?” It sparked off a widespread response in India, the theme of which was that outsiders had no place in the national political discourse.

There were two kinds of tweets; those by Tendulkar, Shikhar Dhawan, Gautam Gambhir – now a BJP member of Parliament – and Anil Kumble, among others, essentially called for “external forces” to keep out of an internal issue. Tweets by Kohli, Rohit Sharma and Shastri referenced farmers and their importance in Indian life.

Some cricketers took a sharply different line. Bengal and India batsman Manoj Tiwary‘s tweet was one of the sharpest, with a visual of a hand pulling strings and the caption: “When I was a kid, I never saw a puppet show. It took me 35 years to see one”.

Also taking a different perspective was the Punjab and Sunrisers Hyderabad bowler Sandeep Sharma. His tweet – subsequently deleted – used a screenshot criticising the reaction to Rihanna’s comments and added his own comments. “By this logic”, he said, “no one should care about each other because every situation is someone’s internal affair.”

Former India allrounder Irfan Pathan referred to the outrage in India over the death of George Floyd last year, with the hashtag “justsaying”.

When George Floyd was brutally murdered in the USA by a policeman,our country rightly expressed our grief. #justsaying

The farmers’ agitation has been on for several months, after the federal government passed a set of laws last September that would change some of the mechanisms of procurement and minimise government involvement in favour of private or corporate traders.

The protests were originally located in the northern states of Punjab and Haryana, seen as the country’s granary; for more than two months, though, thousands of farmers have been protesting in campsites around New Delhi, the national capital. The protests – largely driven by farmers’ unions – have evoked sharp reactions from both sides: the government and its supporters, and those who sympathise with the farmers’ cause. The issue has also attracted global responses, from Rihanna, the environmental activist Greta Thunberg, and the government of Canada, which has a large population of expats from this region.