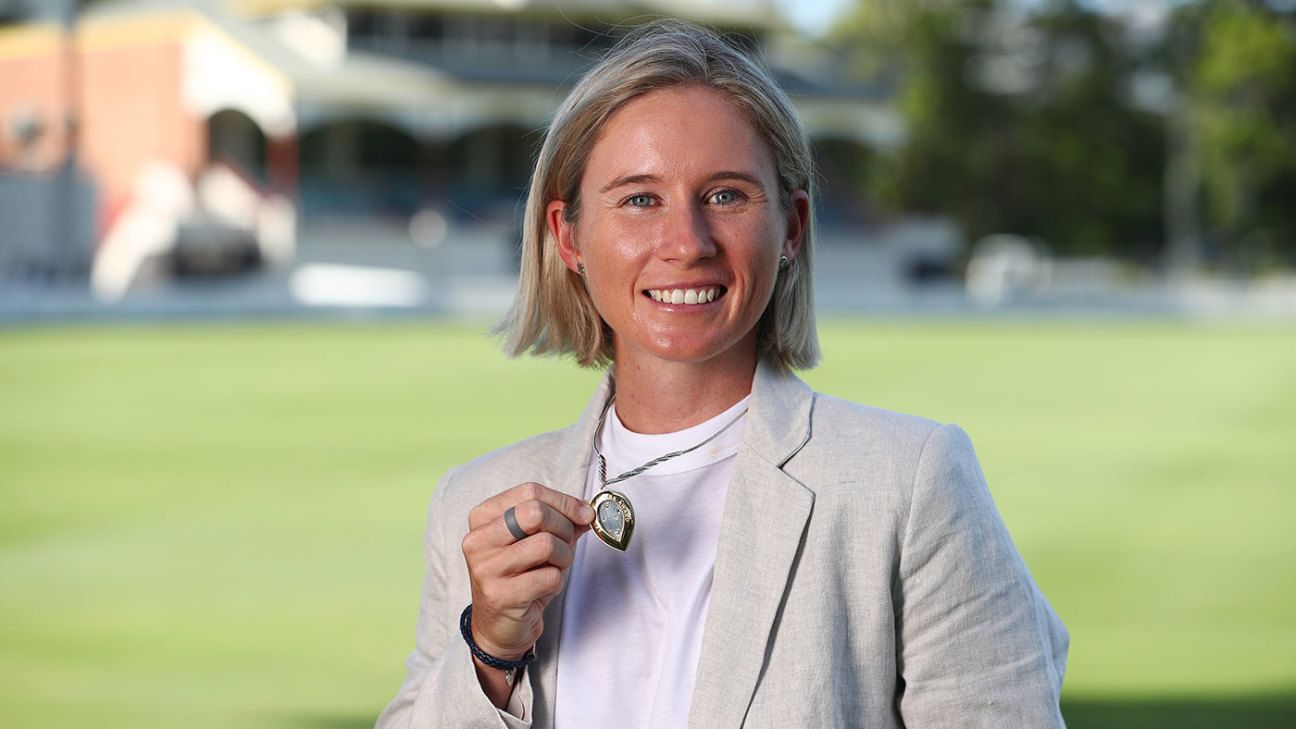 Beth Mooney, who was player of the tournament at the T20 World Cup last year, has been named the Belinda Clark Medalist at the Australia Cricket Awards.

Mooney (60 votes) narrowly pipped captain Meg Lanning (58 votes) to the top award and it is the first time since 2013 that the medal has not gone to one of Lanning, Alyssa Healy, or Ellyse Perry.

“We’ve certainly got some players in the Australia side at the moment that will be remembered for a long time as some of the best we’ve ever produced,” she said. “To be playing alongside them let alone being up on an honour roll next to them, winning this award, is a pretty surreal thing.

“It’s named after Belinda Clark who is an absolute pioneer of our game and women’s sport in this country, so think it will take a bit of time to sink in. It’s definitely something that’s crossed my mind, I feel like just an ordinary human who has picked up a bat and got a few runs here and there.

“To be able sit at the end of the season and win this award, which has been voted [on] by my peers, some of the [best] players in the world, is certainly something I won’t take for granted and something I’m very grateful for.”

Mooney, who was the leading run-scorer at the T20 World Cup with 259 at 64.75 and top-scored in the final against India, was the runaway winner of the T20 player of the year title having also made an unbeaten 71 in the tri-series final against India before the World Cup.

At the start of this season, Mooney reflected on the work she had put into the mental side of her game but believes there is more to come.

“Think there’s always room for environment, but over the last couple of years I certainly feel a lot more relaxed when I’m out there and I can except that sometimes it’s your day and sometimes it’s not,” she said. “Fortunately enough in the last 12-18 months I’ve had a few days when I’ve felt I’ve been able to contribute to a winning side, whether it’s with Australia or Perth Scorchers or Queensland.

“I certainly think there’s still scope for me to get better and evolve as a player and a human and that’s something I’m always looking to do. The next 12 months will be a really exciting challenge for the Australian team and for me to keep getting better and continually contribute to winning matches.”

Overall in the voting period, which included last season’s tri-series, the T20 World Cup and the series against New Zealand earlier this season, Mooney made 555 runs – 99 more than he closest rival Rachael Haynes.

The leading wicket-takers were Jess Jonassen and Megan Schutt with 27 apiece although it was legspinning allrounder Georgia Wareham who came in third in the Belinda Clarke Medal voting.

Due to the Covid-19 pandemic only three ODIs were played in the voting period, the series against New Zealand last October, with Haynes taking the award by one vote from Lanning.