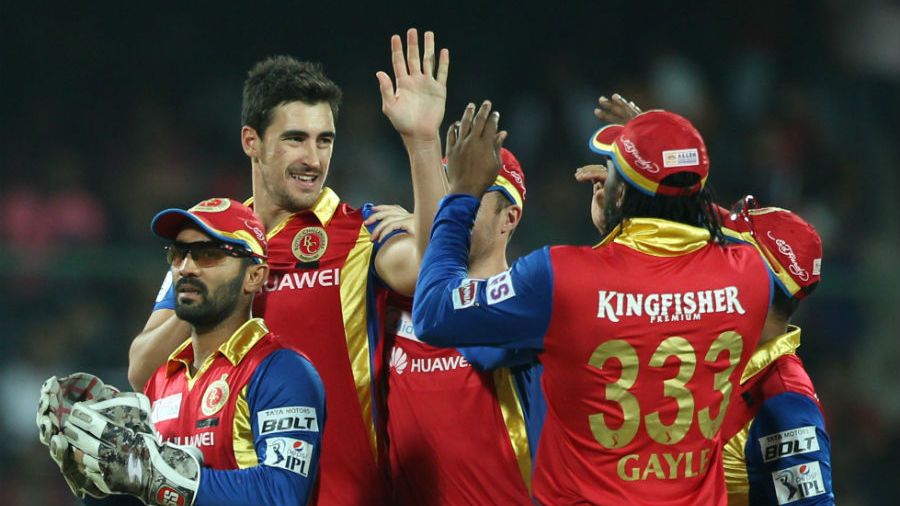 Dawid Malan, the No. 1-ranked T20I batsman, has also registered himself for the auction

Mitchell Starc will not be part of IPL 2021, as the left-arm fast bowler has not registered for the auctions that are slated for February 18 in Chennai.

A total of 1097 players – 814 from India and 283 from overseas – registered for the auction by the deadline of February 4, and Starc’s is the most prominent name missing. He last featured in the IPL in 2015, for the Royal Challengers Bangalore, after his inaugural season the year before. A combination of injuries and the decision to manage his workload has meant he hasn’t been part of the IPL since. With the T20 World Cup set to take place in India later in 2021, it was expected Starc would register for the auctions, but he opted out.

Shakib Al Hasan and Sreesanth are both part of the auctions this year, having served out suspensions or bans earlier. While Shakib is one of 11 players to be listed at the highest base price of INR 2 crore, Sreesanth has set his base price at INR 75 lakhs.

Joe Root, who scored a century in his 100th Test on the first day of the series against India, did not register for the second IPL in a row, and among England players who previously featured in the competition, Harry Gurney and Tom Banton also did not register. Gurney has had a year out with injury – which included missing IPL 2020 – while Banton had previously indicated he would play the County Championship for Somerset during the IPL window.

James Pattinson, part of the Mumbai Indians’ title-winning squad in 2020, also opted out. ESPNcricinfo understands he is taking a break after a long summer spent in lockdown bubbles.

Dawid Malan, the world’s top-ranked T20I batsman but who is yet to feature in the IPL, set his base price at INR 1.5 crore, as have Mujeeb Ur Rahman, Alex Carey, Nathan Coulter-Nile, Jhye Richardson, Mitchell Swepson, Tom Curran, Lewis Gregory, Alex Hales, Adam Lyth, Adil Rashid and David Willey.

Among others, Aaron Finch, Umesh Yadav, Hanuma Vihari, Marnus Labuschagne, and Sheldon Cottrell have all listed their base prices at INR 1 crore.

The long list of 1097 players will be pruned before the auctions to those players in whom franchises indicate an interest.

Milne, Mitchell lead from the front to bowl India out for 219 in series decider
Pat Cummins: There are no cowards in the Australian team
In case you don’t know me: Cameron Green | Direct Hit
Dean Brownlie named New Zealand Women’s batting coach
Pant: ‘Compare my numbers when I’m 30-32, no logic before that’