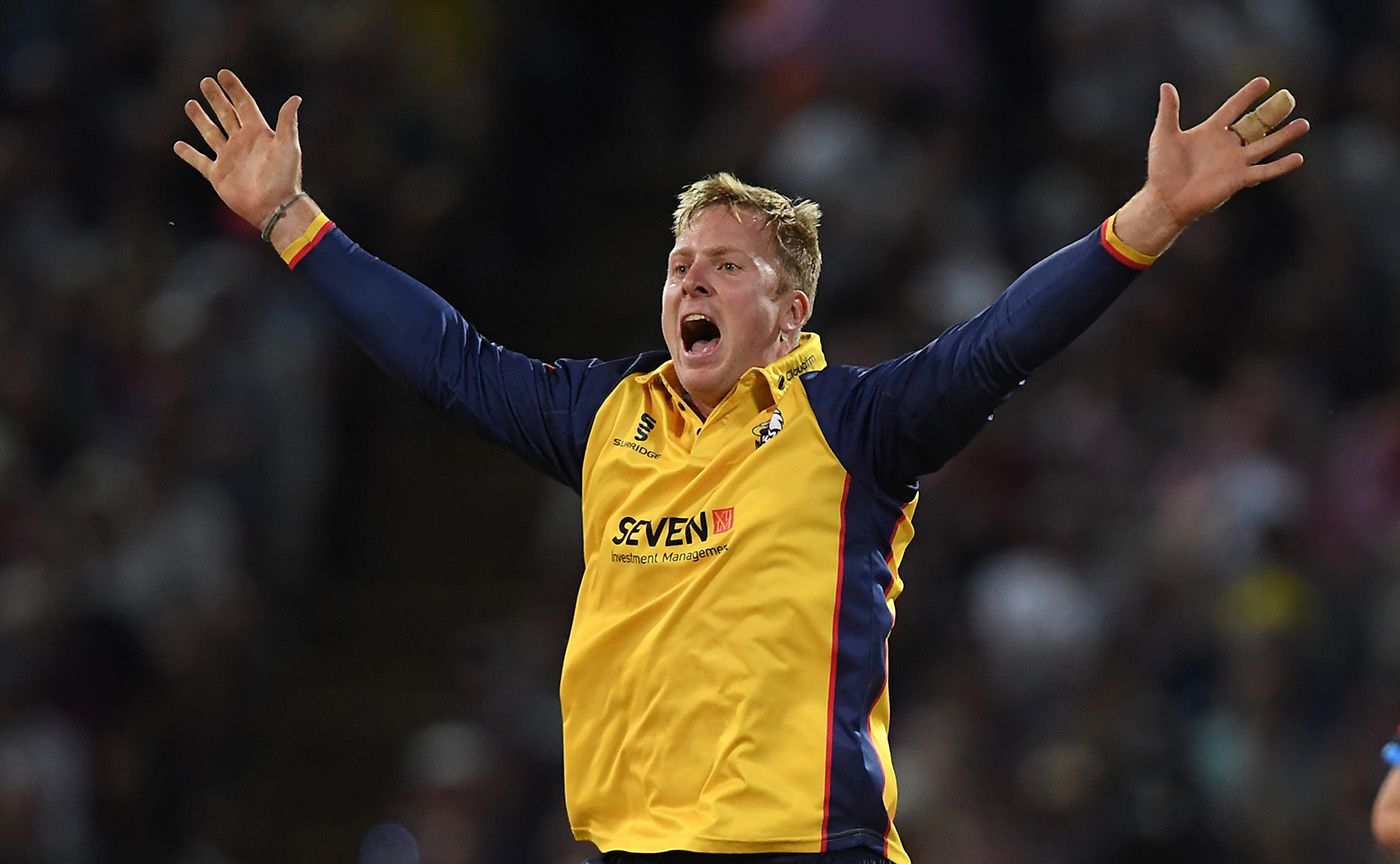 Simon Harmer has confirmed his hopes for a South Africa comeback after signing to play for the Titans in the domestic T20 competition. Harmer turned his back on international cricket when signing on a Kolpak deal with Essex in 2017, but the UK’s withdrawal from the European Union has opened the door for a return.

The offspinner, who will continue to feature in county cricket as an overseas player, had previously suggested CSA would need to “swallow their pride” in order to welcome back a number of Kolpak exiles – players such as Kyle Abbott, who also made his first steps in that direction by joining the Titans last month.

“I still have massive desire to play cricket in South Africa, so I was trying to find some cricket,” Harmer said. “I knocked on every door, and the Titans jumped at it.

“I will be looking to put pressure on people above me. That’s how I’m wired. I am always looking to get better, and I still have some aspirations to play for South Africa. That is why I am back.”

Harmer is from Pretoria originally, although it took a move down to Port Elizabeth to study at university for him to break into South Africa’s domestic set-up, first with Eastern Province and then the Warriors franchise. More recently, he has featured in the Mzansi Super League with the Jozi Stars, helping them to lift the title in 2018-19.

With Essex, Harmer took over the captaincy of the T20 side in 2019 and led them to a maiden Vitality Blast success. He has been the leading spinner in England’s first-class competitions, contributing to three titles in four seasons at Essex.

“It’s really come full circle,” he said. “The Titans have backed me, I feel very welcome, and I am really excited for what is to come.

“There are quite a few young spinners here that I want to work with. When I first started at the Warriors, Johan Botha and Nicky Boje showed me the ropes. I want to help here as much as I can, as a sounding board, and hopefully throw a few ideas around.”

Although CSA’s T20 Challenge – which is being played in place of the MSL due to the restrictions caused by Covid-19 – does not yet have a confirmed window, it is likely to be pushed back to March after Australia’s decision to postpone their tour of the country. The format is set to see the teams play each other once during a shortened group stage.

Speaking about the signing of Harmer, Titans coach Mandla Mashimbyi said: “He is someone I used to hate to play against, because you knew he was always in the game. He has a high level of skill, and a lot of knowledge. For me, he is arguably the best spinner in the world at the moment, so it is great to have him here.”