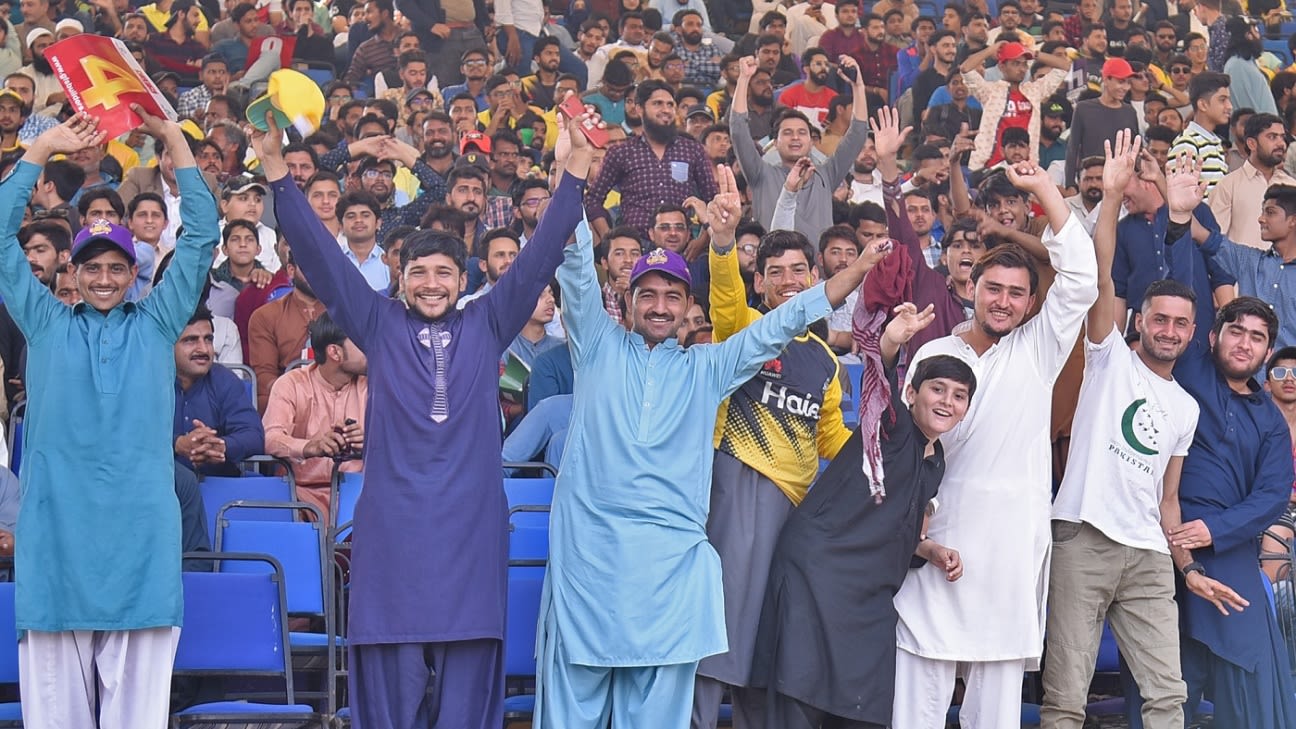 The tournament, due to begin on February 20, will not be played behind closed doors

Following the government’s official go-ahead, the Pakistan Super League 2021, which starts on February 20, will not be a closed-door event. Spectators will be allowed up to 20% of the ground’s seating capacity, meaning Karachi can accommodate 7,500 people per match and Lahore 5,500.

“Fans are the PCB’s biggest asset and we are delighted that no matter a small number, but some will be able to have access to the matches,” board chairman Ehsan Mani said. “Their presence will add flavour and excitement to one of the biggest and most challenging leagues in the cricket calendar. We understand not everyone will get an opportunity to watch the matches due to the limited number of seats, but these are baby-steps and considering that most of the sport events are being played in empty stadium, this is a positive achievement and a step in the right direction.”

In September, Pakistan’s National Health Centre gave a green light for sporting activity to resume at grassroot and recreation level provided adequate safety measures were in place. In that same update there was a provision which read: “Spectators should be allowed for sports/games with outdoor pavilions while ensuring six feet of distancing between them.”

It was then that the PCB approached the National Command and Operation Centre (NCOC) to discuss how many people could safely be allowed to watch the upcoming season of the PSL from the ground. Although the board had asked for 30% capacity initially, it eventually settled for 20%.

The PCB and NCOC will continue to monitor the situation and a decision to allow a further 10% will be taken after the group stage of the tournament is complete.

“I am optimistic that if we can maintain strict protocols during the PSL 2021 matches we will have a strong case for more fans in the 2021-22 season in which we have to host high-profile internationals teams such as New Zealand, England and the West Indies as well as quality domestic events, including the National T20 Cup, Quaid-e-Azam Trophy and the Pakistan Cup,” Mani said.

Pakistan did experience a surge of Covid-19 cases over the winter, though they began to track downwards after the closure of schools last month. The government has urged people to take necessary precautions, but enforcement remains low and most public places – shopping malls, marriage halls and public transportation – are fully open.

The cricket season in Pakistan resumed in September, after a 24-week hiatus due to the pandemic. It began with the National T20 Cup – played over two legs in Multan and then Rawalpindi – followed by the first-class tournament Quaid-e-Azam Trophy, held fully in Karachi. Four games of the fifth edition of the PSL were also held in Karachi followed by a home series against Zimbabwe. The National T20 Cup and the home series against Zimbabwe were not open to crowds. Nor is the ongoing Test and the T20I series against South Africa. The PSL is scheduled to start on February 20 with 34 matches in total, divided between Karachi and Lahore.

Powar says with India ‘evolving’ in T20Is, player roles in the XI will be fluid
“Mastered Art Of Being Economical In T20 Cricket”: Ex-India Batter On Ravichandran Ashwin
Hardik ‘more than happy’ to take over full-time captaincy in the future
Full Members concerned over idea of nine overseas players per XI in UAE league
Ireland bowl; Miller returns for South Africa