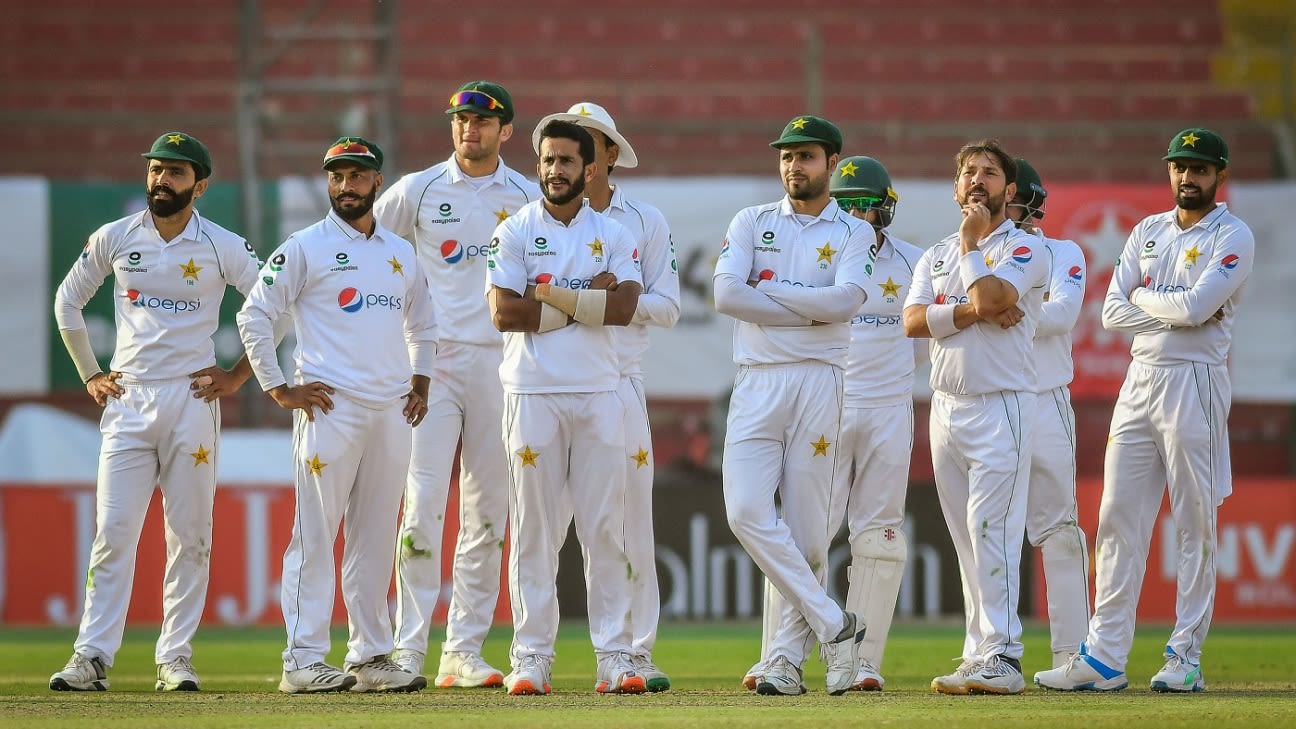 At a time when sport across the world has been disrupted by the Covid-19 pandemic, Pakistan, a team that has been forced to play at neutral venues for much of the last decade, is on the brink of a third, successive series win at home. After victories over Sri Lanka and Bangladesh, they now have the opportunity to defeat a team ranked higher than them and will fancy their chances of doing so after a fairly complete performance in the first Test.

South Africa’s errors aside – and there were several – Pakistan did just about everything right in Karachi, from including Nauman Ali, to exploiting reverse swing and most importantly, adding depth to their batting line-up. There’s improvement to be made at the top with the opening pair putting on just 5 and 22 but their lower-order made up for it, with tenacious displays against an increasingly frustrated South African team, whose woes have only grown.

In the lead up to this match, South Africa were hit with the news that they will not be playing the home Tests against Australia which means that this is the end of their Test season, which only had four matches. The opportunity to rebuild over several fixtures against different opposition in changing conditions is now gone and South Africa have to work with what little they have.

A win in Rawalpindi, where conditions are expected to suit them more, would show the resilience the team has so far lacked. Defeat, though, will not be disaster but simply a gauge for where they are as a Test squad. South Africa have already shown signs of addressing team balance, with the inclusion of allrounders, and of finding their best combination.

In World Test Championship terms, this is likely to be the last series these two teams play in the current tournament. The result of this Test won’t alter their positions with Pakistan in fifth and South Africa sixth. Mid-table finishes, albeit in a cycle pockmarked with postponements are perhaps not quite where these teams would want to be but both are in stages of transition and the signs are that they will be well worth keeping an eye on when the next round starts.

Before Karachi, Babar Azam had only gone one Test in his last eight where he has not scored at least a half-century and, despite the extra responsibility of captaining Pakistan, he would have been disappointed with his returns of 7 and 30, more so because of how he was dismissed. Babar fell to South Africa’s left-arm spinner Keshav Maharaj in both innings, first attempting a cut shot to a ball that was too full and then defending down the wrong line to another that turned across him. The good news for Babar is that the series moves to a venue where his fortunes could turn. He has played two Test innings in Rawalpindi and scored hundreds in both of them.

Though Quinton de Kock has already made plain his longing for the great outdoors he has one more Test to get through this summer before saying goodbye to the long-format captaincy, if that’s what he wants. De Kock will doubtless want to improve his reviewing skills (he asked for DRS incorrectly four times in Karachi) but will be more concerned with bettering his batting. As captain, de Kock has scored 44 runs in four innings and is yet to settle into his new spot at No.5. South Africa still believe that is the best place for him to bat, and he will want to prove them right before the end of the Test summer.

The only changes Pakistan were mulling over were in the bowling department, where they may have looked to include an extra seamer at the expense of one of their spinners. They have since decided against that and will more than likely be unchanged.

Injuries will have the final say in the XI South Africa field. Tabraiz Shamsi has recovered from the back spasm that kept him out of the Karachi Test but concerns over a recurrence could see him miss out, especially as there is also a question mark over Maharaj. South Africa’s leading spinner experienced pain in his side two days before the match and scans showed he has sustained either a small tear or some bruising. He bowled 15 overs on the day before the match but a final call on his availability will only be taken on the morning of the match. If Maharaj is unable to play, George Linde will slot in his place, with Shamsi set to miss out to Lungi Ngidi. South Africa are also seriously considering a seam-bowling allrounder, which they did not have in Karachi, and if Wiaan Mulder plays, it will leave no space for Linde unless Maharaj is injured. The batting line-up should be unchanged with Dean Elgar ready to play after sustaining bruising on his left hand in Karachi.

Rawalpindi has historically been a surface for quicks. With its cooler climate making sure the moisture stays on the surface, fast bowlers have been responsible for 498 first-class wickets, compared to 72 for spinners. However, South Africa’s coach Mark Boucher said it had a distinct lack of grass and described the pitch as “very dry like puzzle pieces,” and expects that spin will play a role. Temperatures will hover in the early 20C and Boucher believes that the moisture and dew will prevent the teams from getting in full days of play.

“Experience is sometimes physically going out there and experiencing it for yourself. We spoke about patience, the different mental approach, the fact that the run rates won’t be 3,5 like in South Africa and when you defend, you have to defend with a lot of intensity. But watching them play, the guys understood that what we spoke about was happening right in front of us.”

“The Pindi wicket is of course different to Karachi but this time it isn’t one to play four specialist fast bowlers on.”