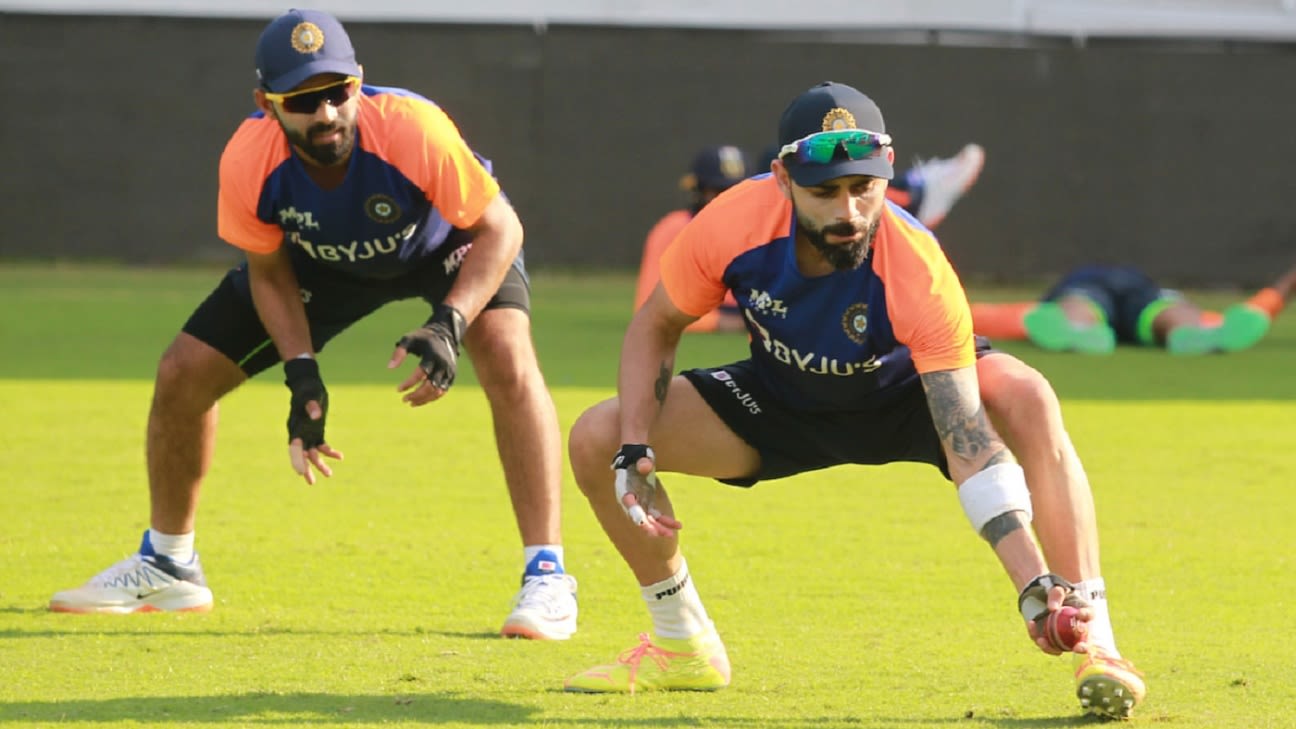 India vice-captain Ajinkya Rahane has said he is pleased at Virat Kohli‘s return to the team and is gearing for his normal and “easy” role as deputy, one he said he enjoys best by being in the back seat.

Rahane took over as stand-in captain, when Kohli left on paternity leave after the first Test of the Australia series, in Adelaide, and led India to a historic series victory that involved two Test wins and a draw. Rahane had only led India on two occasions before the Australia tour, but remains unbeaten as a Test captain.

“See, my job is to take a back seat and help Virat,” Rahane said during a virtual media conference on Wednesday. “There are too many things on a captain’s mind, so as a vice-captain you have to visualise a situation, think about what can happen in the game, and then if captain asks you for suggestions then you should be ready. So my job is really easy. I take a back seat. Whenever required I go and tell him…or whenever he asks me about certain things, I’ll just go and tell him. That helps us a lot. For me, personally, I generally take a back seat when I’m vice-captain.”

Even so, Rahane’s likely to have had a slight responsibility as the leader of the team during the Australia series win: that of grounding the team and helping them move on to focussing on the upcoming home series against England.

“Australia was really special for us. We did enjoy our victory, especially that night in Brisbane and also when we came back home. But we are in the present now,” Rahane said. “What we learnt from Australia was, after losing a match in Adelaide, how we came back. So it’s all about staying in the moment. We respect the England team as well. We’re not going to take them lightly. For us, what’s important is playing a good brand of cricket, what we’ve been playing since the last two-three years. And play as a team and play as a unit. We’re not taking anything for granted. It’s all about taking one match at a time.”

The cancellation of the series between Australia and South Africa this month has meant that New Zealand have become the first team to qualify for the World Test Championship final, with India being strong favourites to face them in the final at Lord’s later this year. Rahane said New Zealand were deserving of the spot but said that the Indian team is only looking as far as this week’s game in Chennai, reiterating that complacency was not an issue.

“We know every series, every game is really important, especially in the Test championship. What happened in Australia was really special but that is the past. We’re thinking of this series, this game particularly, and taking it one game at a time,” he said. “I don’t think we have to think too much about complacency. We know what’s our strength. We’re still respecting the England team, they did really well in Sri Lanka. So basically we have to play good cricket, back our strengths and play as a team here.”

Rahane was tight-lipped about team combinations and pitch conditions, saying we’d have to “wait and see” about both, while hinting that Hardik Pandya was working hard as “a batsman and a bowler” in the nets. The return of Ben Stokes and Jofra Archer to the English team – both of whom were former team-mates of his at Rajasthan Royals – would not, he said, give England too much of an advantage.

Several of India’s players have been in a bubble since late August, just before the IPL began, and will likely have little time outside of bubbles any time soon, with the IPL shaping to be held in its regular March-April window. But, at the moment, Rahane said, there has been no mental faitgue.

“We are not mentally tired at all,” he said. “We are really tough mentally. We are a unit, a family. We are enjoying each other’s company here. We are spending time in the team room. Our families are here which is really important. So we are not at all tired”