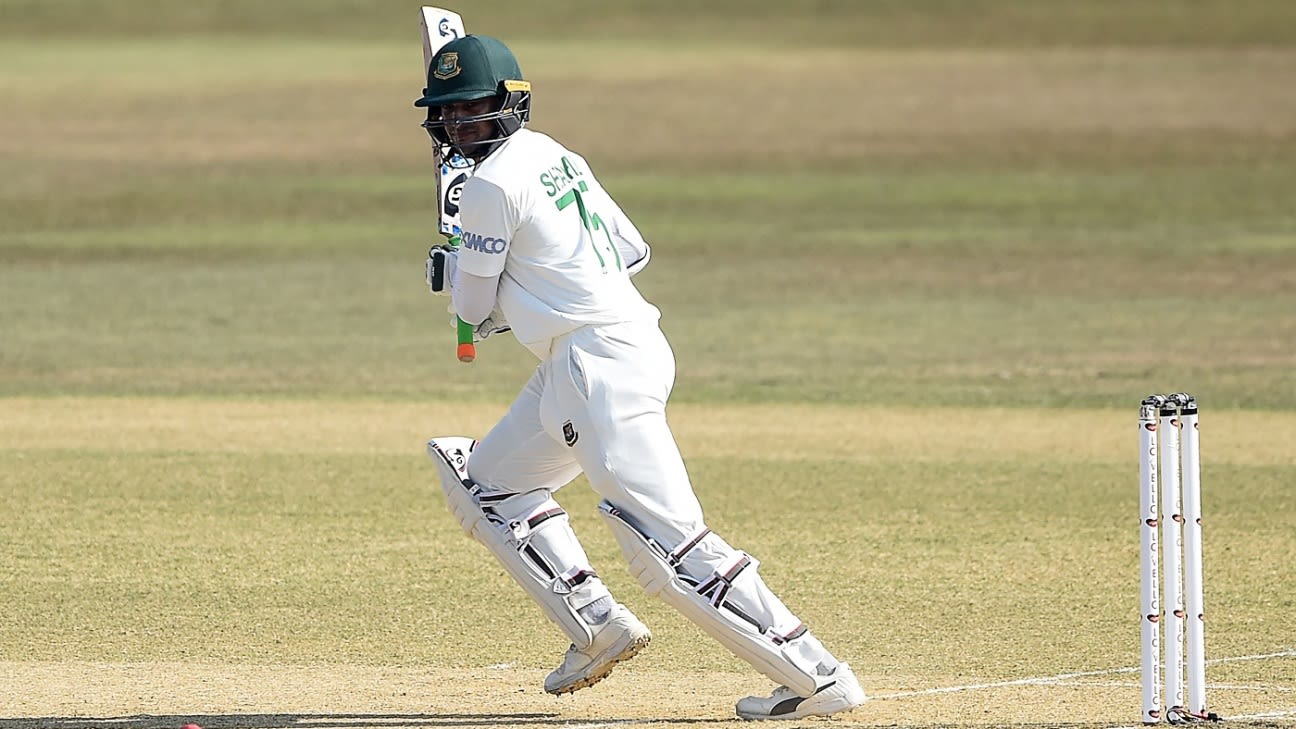 A 67-run stand for the seventh wicket between Shakib Al Hasan and Mehidy Hasan Miraz took Bangladesh past 300 on the second morning of the first Test in Chattogram, despite losing Liton Das in the third over of the day. At lunch, they were 328 for 7, with Miraz batting on 46 and Taijul Islam on 5.

West Indies would be happy that they could see the back of Shakib, for 68, but would also rue a dropped catch and some loose bowling.

Das’ positive intent had helped Bangladesh wrest back some control on the first day and he looked set to bat in the same manner today as well. However, he could add only four to his overnight score of 34 and was bowled while trying to cut an arm ball from Jomel Warrican, who bowled unchanged throughout the session.

At 248 for 6, it looked like West Indies could bowl Bangladesh out under 300 but Miraz showed his skills with the bat and kept finding boundaries with ease while Shakib continued batting calmly at the other end. Shannon Gabriel’s struggles to get his length right also helped Bangladesh’s cause. With the new ball just ten overs old at the start of the day, that was an opportunity missed for the visitors.

West Indies finally got the breakthrough when Shakib had a lapse in concentration against Rahkeem Cornwall. After being beaten on the previous ball, Shakib tried to cut the offspinner again. This time, though, Cornwall tossed the ball higher and the resulting slice was pouched by Kraigg Brathwaite at point.

Miraz and Islam saw off the little period before the lunch break.