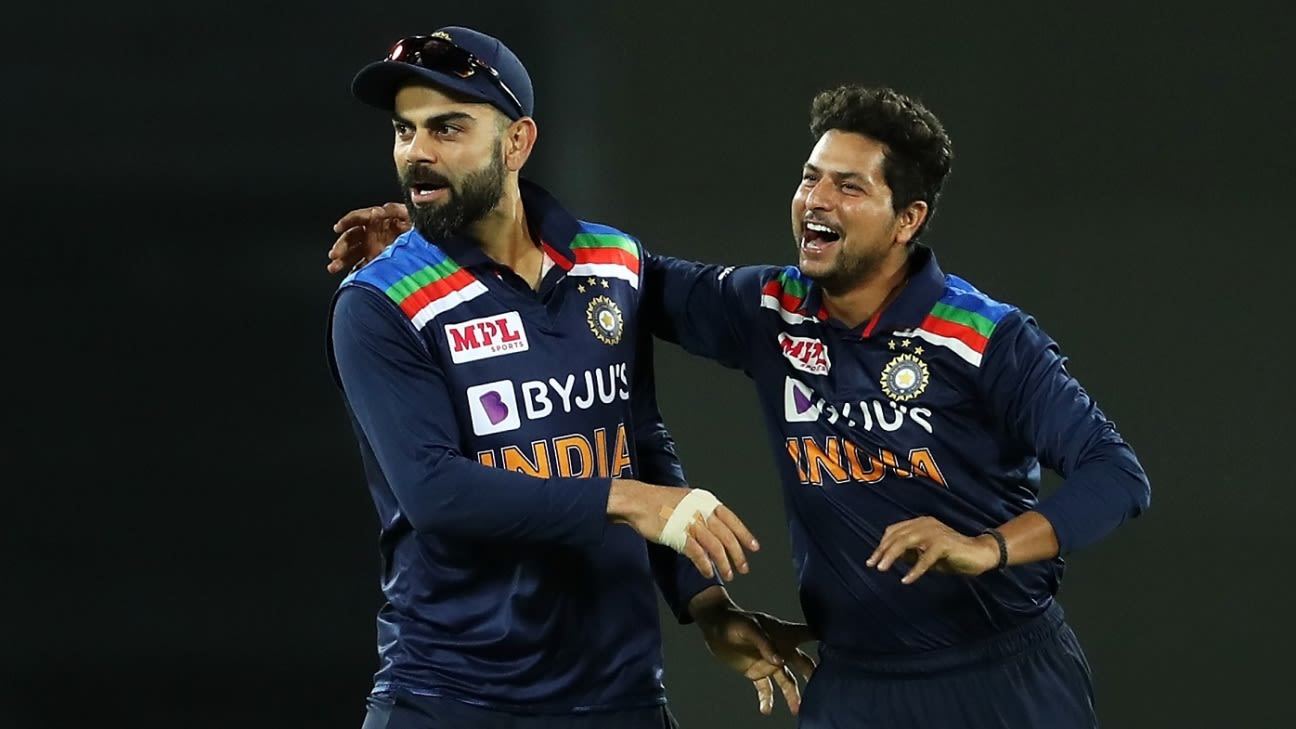 At the start of a home season, Pant and Kuldeep are finally looking at a decent run in the Test side

The 2018-19 India tour of Australia seemed like the start of the era of Rishabh Pant and Kuldeep Yadav. Pant ended the series with a century, becoming the only Indian wicketkeeper to have one in both England and Australia, and Yadav’s five-for led the coach to remark he was India’s No. 1 spinner in overseas Tests. Pant has spent more time on the outside than in since then, and that Sydney Test remains Yadav’s last.

Two years on, at the start of a home season, both are finally looking at a decent run in India’s Test side. Pant has literally forced his way in with two final-day epics in Sydney and Brisbane to play a significant part in India coming back to win the series. He did so after missing the whole limited-overs leg of the tour and the first Test too.

India’s captain Virat Kohli has now assured him a long run to be able to work on his wicketkeeping against spin too, which saw him lose out to Wriddhiman Saha in home Tests. “Yes, Rishabh will start. Rishabh will take the gloves,” Kohli said, confirming Pant’s first home Test since October 2018. “He has had impact performances in Australia recently. He is in a good space. And we want him to build on this. Along with him improving all aspects of his game. Which will happen with more game time, and the more confidence he gains playing the games.

“That is how we look at Rishabh. He has come along very nicely after the IPL. He came to Australia, he wasn’t a part of the white-ball formats. He kept working hard on his fitness, on his game, and he realised the importance of putting in that work and got the results eventually, which all of us were happy to see because he is someone whom we had backed quite a lot. For good reason. Because of what you saw in Australia. That brings in a lot of value to the team. He will continue to be backed. He is an impact player. Along with his hard work, he can definitely be a very very consistent matchwinner for India. Someone the opposition will definitely be wary of whenever they play India.”

In 2020, Pant played six of the 27 international matches India competed in. Yadav played seven, but his was more of a case of not fitting in the team combination India wanted. In the Tests in Australia, for example, when India picked a second spinner, they needed someone who could bat too, which meant Ravindra Jadeja. When Jadeja got injured, they went in for Washington Sundar for his batting, especially keeping in mind how India’s fast bowlers also don’t usually contribute much with the bat.

Kohli said, though, that it is not the end of the world to miss the actual matches because there is always something to work on as part of the Indian team. “It is a delicate balance that you need to have in terms of understanding what the team goals are and at the same time communicating to the individuals as to where their game stands, what we are looking to do as a team, what are the team’s plans and where do they feature in the team’s plans,” Kohli said.

“Someone like Kuldeep hasn’t had a lot of game time but now that the home season starts, he will in the scheme of things, he will be in the team plans, but to keep guys motivated you need to give them goals. There is something or the other to work towards when you are part of the Indian cricket team. And we are striving for excellence on a daily basis.

“Kuldeep is someone who has got a lot of skill. He understands there were areas in his game that he had to work on, which he has worked in beautifully in Australia. I see him fitter, I see his bowling improved much more than it was before. I see he has added to his skill sets as well. It is about giving them goals. And these guys are young. So they understand that once an opportunity arrives, and they start capitalising on them, the careers are long. These are the people who are going to take Indian cricket forward. It is very important to keep them motivated, give them goals to take their games to the next level.”