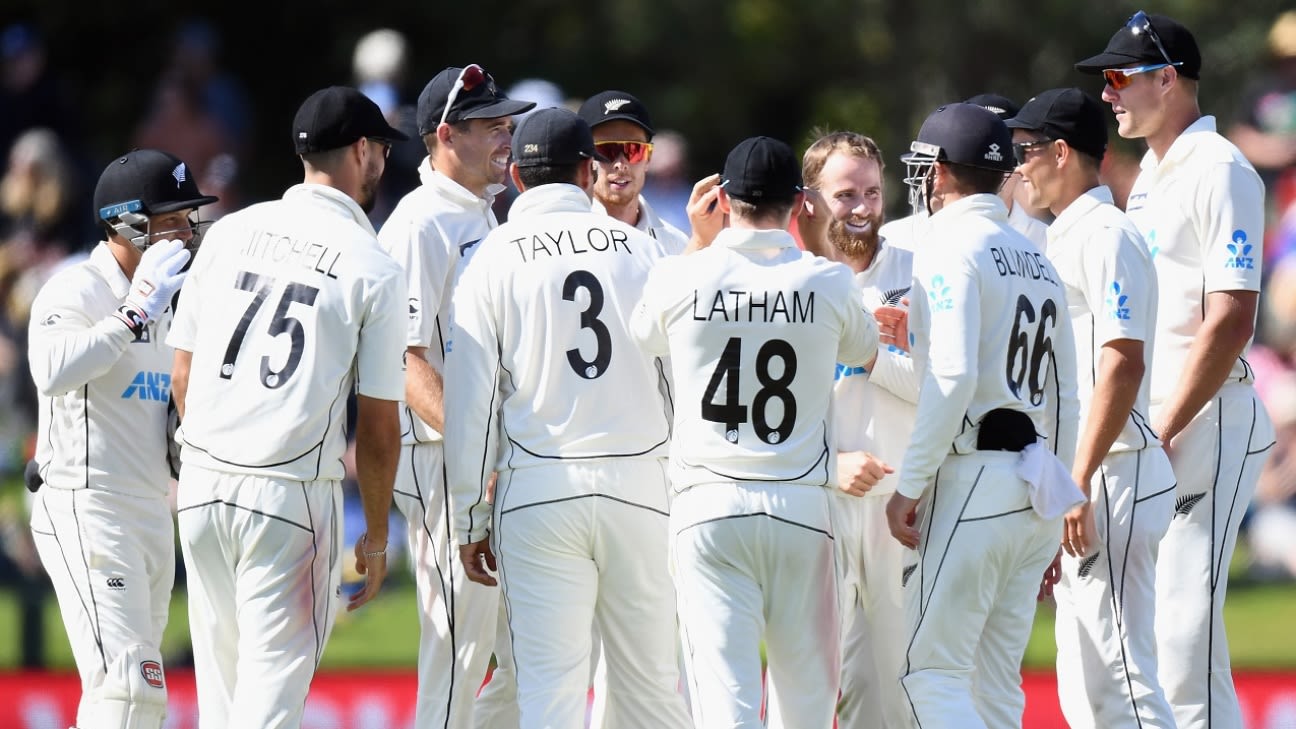 The New Zealand captain is currently nursing an elbow niggle, but he is confident it will “settle” well before their T20I series in Australia

Kane Williamson has said he is “chuffed” at New Zealand making the World Test Championship (WTC) final, and believes that their position is reflective of the team’s “hard work through the summer”. The New Zealand captain is currently nursing an elbow niggle, but he is confident it will “settle” well before their T20I series in Australia that starts on February 22.

New Zealand became the first team to qualify for the inaugural WTC final, following the postponement of Australia’s tour of South Africa. On their way to securing their place, New Zealand swept two two-match series at home, against West Indies and Pakistan, and were aided by points dropped by Australia in a home defeat to India in addition to slow over-rate penalties. The postponement of South Africa-Australia means New Zealand will definitely finish at least second on the points table.

“It’s really exciting and really chuffed for all the guys,” Williamson said on Thursday. “It acknowledges a lot of hard work through the summer.

“Obviously Covid changed the qualifying a little bit but it meant a number of teams were in the hunt. Coming into our summer it was going ‘right, if we win these four Tests, that gives us an opportunity to be there [in the final]’. We did manage to do that and play some good cricket along the way and it’s really exciting to get the nod. The Test guys will be really excited at that prospect.”

Speaking of his injury, he said he will not be part of the upcoming domestic T20 Super Smash round, starting tomorrow, as a precaution.

“It’s just an inflammation in a tendon in my elbow, but it’s just precautionary, so unfortunately I won’t be playing this next round. I’m hoping that will just take a week to settle, like I say, a precaution, have been advised that the wisest move would be to take that week and hopefully not worry about it.”

Williamson and his team-mates face a lengthy stint away from home this year, starting with the IPL (if scheduled as expected during the regular April-May window), followed by a Test tour to England, the WTC final, then the T20 World Cup and a Test series in India, before the New Zealand home summer. He’s not planning too far ahead though, since, he said, the pandemic made that near impossible.

“Loose sums, it could be nine months or so, maybe more [away from home]. It is a challenge and we haven’t planned it out exactly and I don’t think you can. You can try and throw in a few contingencies to see how it might all unfold.”