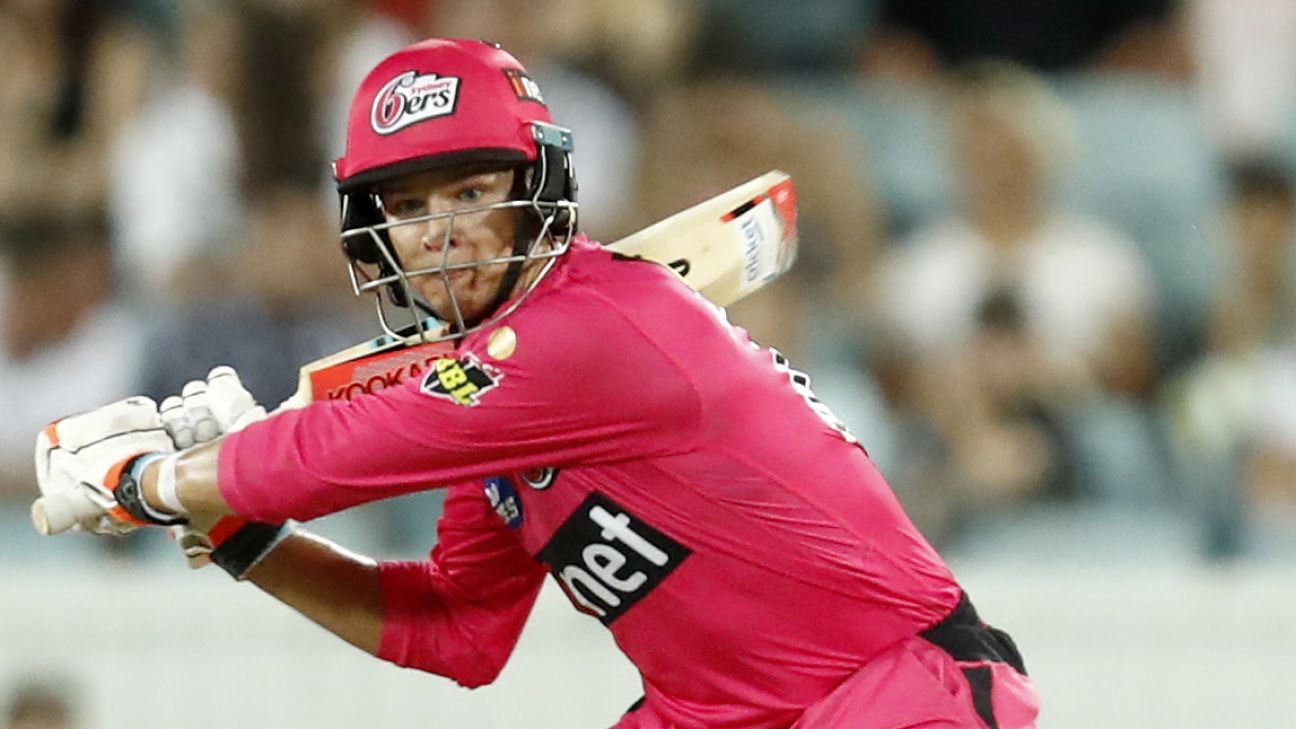 Josh Philippe believes he’s batting as well as he ever has ahead of the BBL final at the SCG on Saturday, with his form earning him the Player of the Tournament title, but is eager to develop into an all-format player.

Heading into the final Philippe is the second-highest scorer in the competition behind Alex Hales and has a chance of taking top spot with Hales’ Sydney Thunder side eliminated. Philippe pipped Hales and Jhye Richardson to the individual award with votes cast by the on-field umpires throughout the season.

Since joining the Sydney Sixers for the 2018-19 season, having played one match for his home club Perth Scorchers, Philippe is the third-highest scorer in the BBL behind Marcus Stoinis and D’Arcy Short. This season’s tally of 499 runs has bettered his 487 from last season when he was a key figure in the Sixers’ title including a matchwinning innings in the final.

He praised the environment at the Sixers where he has formed a strong connection with coach Greg Shipperd and will speak to him even when not on duty in the BBL.

“Playing under Greg Shipperd, he’s the most recognised coach in Australia, he’s been around forever and he’s been a massive help for my game,” he said. “He’s always been a phone call away even when I haven’t been in Sydney. He keeps it super simple and allows me to play with freedom.

“Also, playing under Moises [Henriques], he’s no different. The way they let me play my game, almost like no-consequence cricket, it’s pretty special to go out there at bat feeling like I’m back by every player in the team and all the staff.”

He also pinpointed his time at the IPL, where he played for Royal Challenge Bangalore, for helping fine-tune some technical aspects.

“I feel like I’m hitting the ball better than ever,” he said. “Some of the technical stuff I’ve really tried to iron out the creases over the pre-season. Getting the opportunity to be over at the IPL, being around guys like AB de Villiers, Virat Kohli, guys like that, see how they go about their business and for me seeing how simple they take the game.

“I’ve definitely tried to over-think less and just back my ability this season, the result doesn’t matter, I just try to play my way to the best of my ability.”

While the IPL may have aided his T20 game, it has also meant no chance to build on a first-class career for Western Australia that is stalled on 19 games. He was in the UAE when the tournament was played in Adelaide earlier this season and with the next IPL scheduled for April, and the T20 tour of New Zealand straight after the BBL, it would appear unlikely he’ll get any Sheffield Shield cricket this season.

“The dream as a kid, I’ve said it before, is to get a baggy green,” he said. “I definitely want to try and establish myself at first-class level as well. The dream would be to be considered as an all-format player. I definitely want to chip away and work my red-ball game. I just hope next season there’s an opportunity there for me.”

In the shorter term, his international debut could come later this month in New Zealand where he has made a strong case to be at the top of the order alongside captain Aaron Finch. There are various wicketkeeping options in the squad with Matthew Wade and Ben McDermott also touring but not having the gloves wouldn’t be an issue.

“I’ve fielded a lot in my career so it doesn’t worry me,” he said. “Whatever that role looks like I feel like I’ll be ready to take it with both hands.”