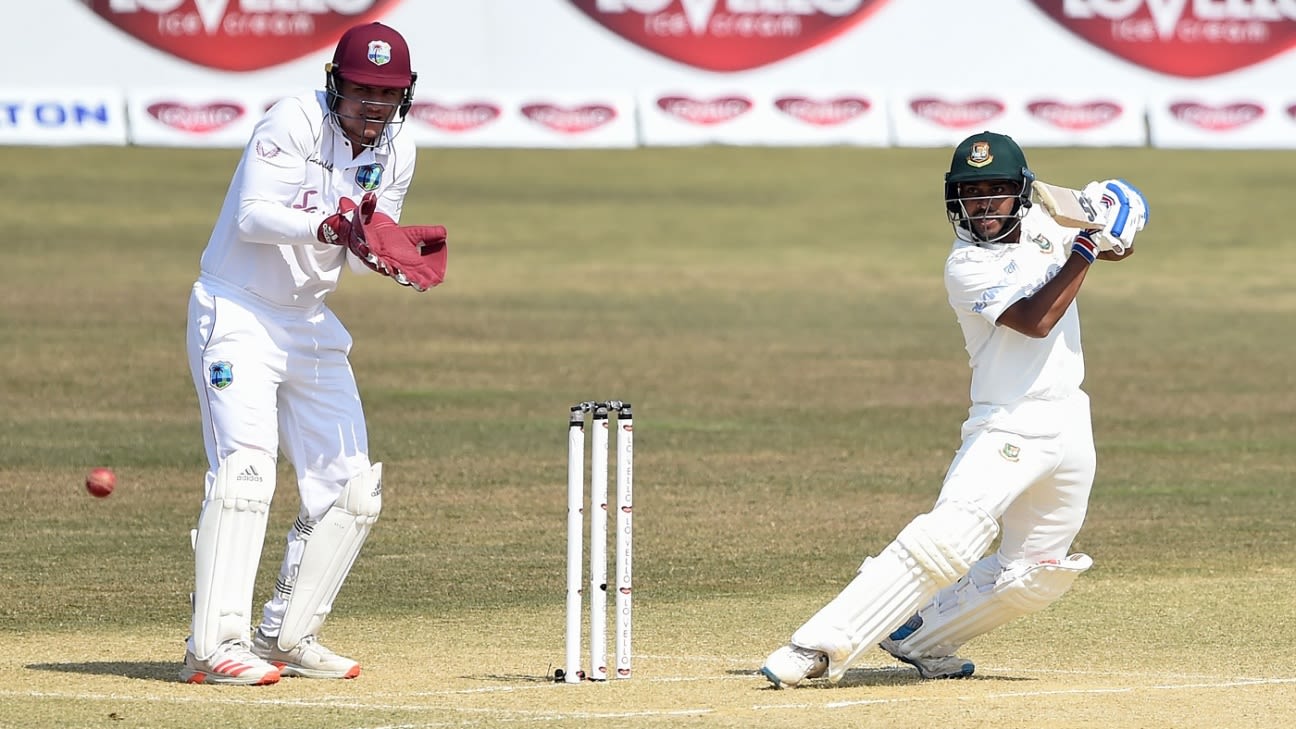 “I realise now that if I work hard enough, I can establish myself as an allrounder” says Miraz

Tamim Iqbal told him to mind the short ball, Mushfiqur Rahim told him to leave the ones outside off stump and Shakib Al Hasan tweaked his sweep shot.

When Mehidy Hasan Miraz returns to the team hotel tonight, these three senior players must be looking for at least a dinner treat from the maiden Test centurion. He has already acknowledged their contributions, saying their advice had helped him his self-confidence as a batsman.

“It is a big moment for me,” Miraz said. “I wasn’t too confident but now I realised that if I work hard enough, I can establish myself as an allrounder. I have to take every opportunity to do well. I wasn’t a good batsman at the start of my career but I slowly improved myself. I think my hard work has paid off finally.”

Miraz said that a few days before the Chattogram Test against West Indies, Tamim explained to him how to handle fast, short deliveries directed at his body. Mushfiqur, often seen training with Miraz, also had some last-minute words of encouragement when he was going out to bat today.

“When I was batting in the nets the other day, Tamim bhai was telling me about how to play deliveries to the body. He told me to keep my bat straight, and not slant the bat. I applied it against Shannon Gabriel today, by either leaving the ball or keeping my bat as straight as possible

“Even Mushfiq bhai used to give me tips. We often batted together in the nets, so he told me to play straight and not poke at the ball outside off stump. Just before I was going out to bat today, Mushfiq bhai told me that this wicket has a lot of opportunities. I can be 60-70 not out. When senior players are so encouraging, us juniors feel a lot more confident,” he said.

There was more technical help awaiting Miraz when he was batting in the middle. When Shakib saw him trying an extravagant shot, he told Miraz to try something slightly different.

“I was a little nervous when I came to bat. Shakib bhai told me to play normal cricket and play my shots confidently. To shake off my nerves I tried a slog sweep, but Shakib bhai gave me the information that I would be better off playing a paddle sweep on this wicket. It turned out to be a risk-free shot,” he said.

It wasn’t just the three senior cricketers. Miraz also shared an anecdote about the No. 11 Mustafizur Rahman, who arrived at the crease with Miraz on 92. “Mustafiz told me, ‘dost, I am worried that what if I got out with you in the nineties’. But I told him that it is not in our hands. If Allah wants, I will score a hundred. I told him to try to stay at the crease. It wasn’t as if I had to get a hundred; I left it to my fate,” he said.

Miraz said that his childhood coach, Al Mahmud, had actually called him the day before the first Test for some good wishes, and ended up predicting the century.

“My first coach, Al Mahmud, called from Khulna, to tell me that he wants me to score a hundred in this Test. I couldn’t believe it. How would it be possible to get a hundred from No. 8? But he has always encouraged me and maybe that’s what he was doing,” Miraz said.