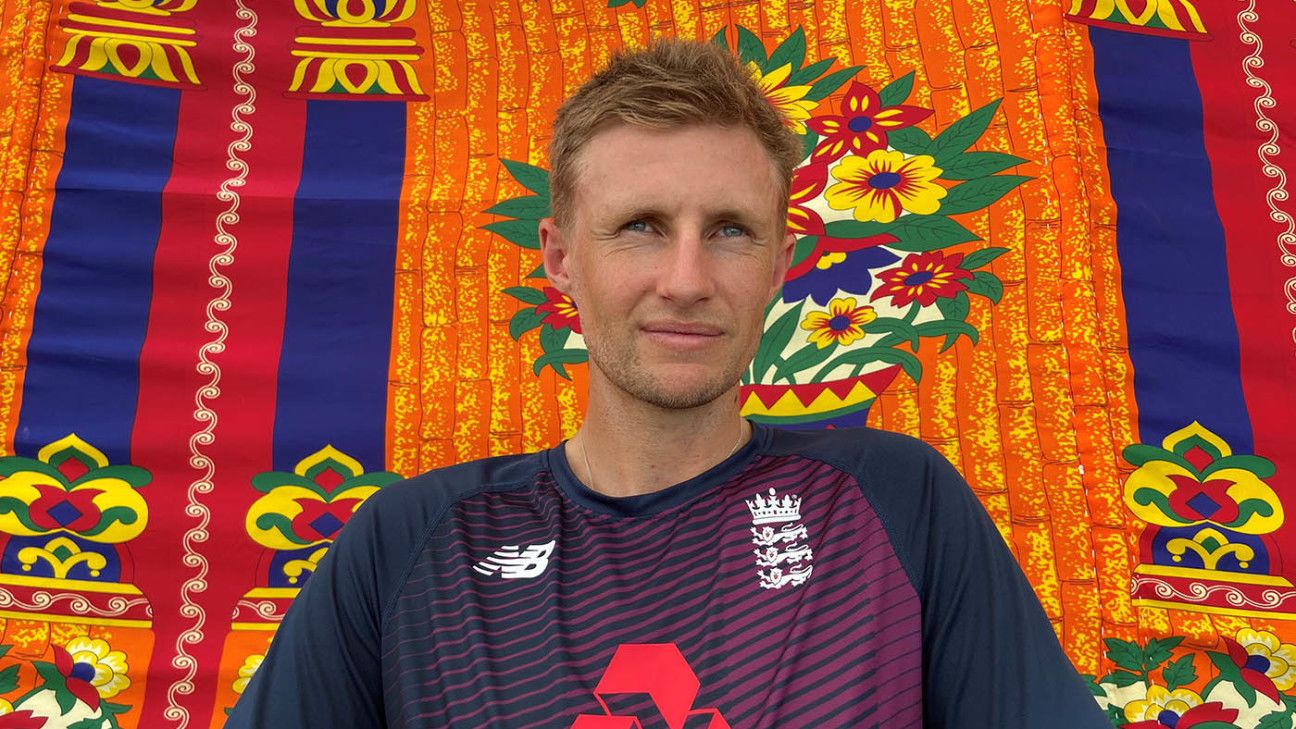 This was one half-century he was always going to convert.

From the moment Joe Root toddled out to bat in Nagpur – really, did old-school Yorkshiremen like Brian Close or Ray Illingworth, look as young as Root did that day even in their pre-natal scans? – it looked likely he would spend a decade and more in the side. A hundred caps: check. Don’t rule out a hundred more.

Yes, there have been a few stumbles on the way. And yes, there are one or two hurdles – notably runs in Australia – yet to clear. But, even now, he averages more than any of England’s other top-10 Test run-scorers. By the time this year is over, still aged 30, he will have scored more than any other than Sir Alastair Cook.

Is he as good as Virat, Kane and co? Right now, you would probably have to say no, though the story isn’t over. But even if he isn’t, a player can be brilliant without being as good as that trio. You don’t judge Sachin a failure because he’s not Bradman, do you?

It’s interesting, though, that those who claim James Anderson’s record is flattered by playing half his career in English conditions, rarely acknowledge the reverse influence on Root’s figures. He actually averages more away from home than Virat or Kane. If he had their home surfaces to enjoy… As ever, you have to be careful with stats.

“For a young kid from Sheffield, dreaming of playing for England… I’m sure he would be extremely proud”

If you need any further evidence of how tough batting in England has become, consider this: when was, Root apart, the last time England gave a debut to a specialist batsman who went on to enjoy a Test career of unquestionable success? The answer is Jonathan Trott, probably, in 2009. If you want to go back to the last England-born batsman, it is probably Ian Bell in 2004. Whichever way you look at it, Root is a giant among contemporary English batsmen.

But now, as he reflects on joining an elite club – he will be the 15th England player to win a hundred Test caps; none have a higher batting average, only three have more wickets – it is more the future than the past which occupies his mind.

“It’s eluded [the century] me a few times with the bat so I’m really proud to be on the eve of playing a hundred Tests,” Root says. “It feels great to join that club. There are some fantastic players – people I’ve looked up to for many years – among them. For a young kid from Sheffield… from being seven or eight years old, dreaming of playing for England, to be sat here now… I’m sure he would be extremely proud.

“I hope it’s not near the end. I still feel like there’s a lot left in me. There’s certainly a burning desire to keep going and play as long as I can. I’m really excited about the coming year.”

It says much about Root’s general attitude that he believes the key to his future is adopting a more selfish attitude with the bat. There have, he concedes, been moments in the past where his attention was not fully focused on his primary role as a batsman. Now, he says, he has understood the need to put himself first at times.

“That [selfish] mind-set certainly helped me in the last two games in Sri Lanka,” Root admitted. “In the nicest way possible, I’ve tried to be a bit more selfish with my batting, knowing if I bat for a long period of time I make big runs and it’s obviously going to benefit the team.

“It’s sounds simple. You might ask why has it taken you 99 games to figure it out. But I’m just desperate for us to do well collectively and that’s naturally how I’ve always tried to think about the game. At times I do think about too many things and try and overthink certain periods of play.”

In the shorter-term, Root provides a strong hint that Jofra Archer and Ben Stokes will return to the team for the first Test in Chennai. And while it seems safe to assume Ollie Pope and Stuart Broad will also return, it is unclear at this stage which of Dom Bess or Moeen Ali is first-choice off-spinner.

“Any team would welcome Ben back with both arms as often as possible and we certainly do,” Root says. “Having watched him practice, he looks like his bowling is strong, he is batting very well and very much ready to get going.

“I had the displeasure of facing Jofra today and he bowled at the speed of light. He looked in great rhythm.”

Despite that, Root is under no illusions about the size of the task ahead of him. Success would, he admits, represent his “greatest achievement”.

“As a captain, I think it would be,” he says. “I played a very small part in the amazing 2012 series. That was very special. But I don’t think at the time I appreciated how hard it is to win in these conditions.

“Having toured since I have a better understanding of it. It would be a huge achievement for this group of players. But it’s one we certainly have the tools to do. I’m really excited about it. It should be good fun.”

We ask a lot of our top sportspeople. Over the years, Root has not only carried his side’s batting, but emerged as a willing spokesperson for the benefits of diversity and importance of protecting players’ mental health. At the same time, he had made a point of decrying homophobic ‘banter’, ensured his side have remained focused and positive during their long periods in the ‘bubble’ and been a willing advertisement for a game that has been hidden behind a paywall for too long.

You can’t really quantify the value of such attributes. But most would agree these things matter. Yes, Root has overseen a succession of away wins that hasn’t been seen since zeppelins were the future of transport. And yes, he requires only one more victory to equal the record for most successes as an England Test captain. But perhaps an equally important contribution is his leadership of the sport through a time of social upheaval. Somewhere along the way, Root has grown into an impressive man.

“Understanding that responsibility is really important,” Root says now. “We’re very aware that we’re role models and it is very important we use that in a positive way and try to make cricket as good as it can be while we have the opportunity to have a big effect on it. As players at the top of the game, we have a really good opportunity to make changes for the better.

“As a player and captain, in particular, you want to try to lead the way in those opportunities and that image for the sport. You want the next guy to come in and the next generation to be inspired. For the kids to look at the game and think, ‘I want to be a part of that, I want to play cricket because it looks so much fun. It looks a really good sport to be a part of.'”

News that Channel 4 will broadcast the series free-to-air in the UK, means there is every chance that a new audience will have an opportunity to watch the sport over the coming weeks. In Root, they will have a fine role model to admire as player and man. Whatever happens – and even the most fervent England supporter would concede their team has an almighty challenge in front of them – there’s a lot to like about him and his team.