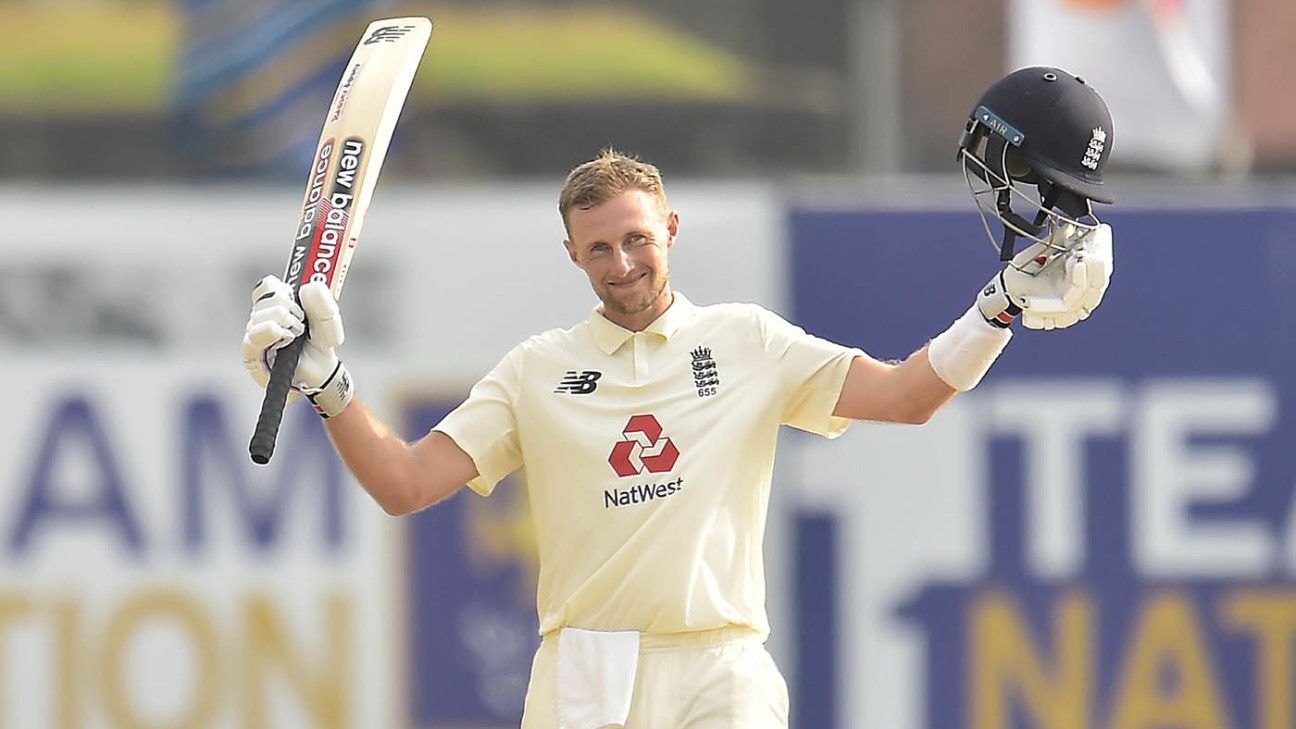 Having toured India as a spare batsman in 2012, Joe Root got his opportunity in the fourth Test and he didn’t disappoint, scoring a half-century on debut. Now Root, the England captain, has come full circle, preparing to play his 100th Test as he leads his team in the first of four Tests in India, starting in Chennai on Friday. Judging by his recent form in Sri Lanka, Root is at the top of his game as he approaches the milestone. We take a look at how he got here.

Picked as a spare batsman on the tour of India in late 2012, Root made his debut in the fourth Test at Nagpur as England prioritised his batting over Samit Patel’s all-round abilities. Root’s County Championship average of 38.95, largely as an opener, did not necessarily suggest he was a natural fit at No. 6 but he had impressed Andy Flower and Graham Thorpe with his ability against spin and dug in to score 93 runs for once out as England drew the Test and won the four-match series 2-1.

After an underwhelming return batting in the middle order in New Zealand, Root was significantly more productive in the return series in May 2013. After 111 runs in the Lord’s Test across two innings, he hit a maiden hundred in his first appearance at his home ground, Headingley, with close friend Jonny Bairstow at the non-striker’s end to congratulate him.

The selectors lost patience with Nick Compton ahead of the 2013 Ashes and had seen enough from Root to suggest he would be well-equipped to slot in as an opener in the first of back-to-back series. His altercation with David Warner in a Birmingham bar during the Champions Trophy had added needle to the build-up, and he made a sublime 180 in the win at Lord’s in a 3-0 series win. His first England tour Down Under was less successful: he started the series at No. 6, was promoted to No. 3 after Jonathan Trott headed home – where he made 87 at Adelaide but no other scores of note – and was eventually dropped for the Sydney Test.

As the dust settled on Kevin Pietersen’s axing after the 5-0 humbling, Root ended the first day of Peter Moores’ second stint as England coach unbeaten on 102, and had soon compiled his first Test double at Lord’s against Sri Lanka. In the series that followed against India, he starred with unbeaten hundreds at Trent Bridge and The Oval to finish as leading run-scorer and suggest that Pietersen’s absence from the middle order would not be felt too keenly.

Root’s impressive form continued in the Caribbean, despite England’s winter being dominated by their group-stage exit at the World Cup: he hit a fluent, unbeaten 182 to set up a nine-wicket win in Grenada as the series against West Indies was drawn. With Paul Farbrace in temporary charge following Moores’ sacking and ahead of Trevor Bayliss’ arrival, there was a sense of giddy optimism during his 98 against New Zealand at Lord’s, which included a stand of 161 in 31.5 overs with Ben Stokes to lead a counter-attacking recovery from 30 for 4.

He was particularly dominant in the Ashes which followed. He made a tone-setting 134 in Cardiff on the first day of the series – having been dropped second ball by Brad Haddin – and compiled 130 in the first innings at Trent Bridge after Australia had been bowled out for 60 in the first session of the Test. As England re-gained the urn, Root’s stock was at an all-time high, evidenced by a short stint at No. 1 in the ICC’s Test batting rankings.

Root had been awarded the vice-captaincy ahead of the Ashes win, though with Alastair Cook still churning out runs it did not necessarily seem as though a change of leadership would be imminent. Now becoming a senior player, Root finished second to Cook in the run charts during the Pakistan series in the UAE, and passed 50 in all four Tests in South Africa as England won 2-1. After an uncharacteristically quiet start to the 2016 summer following an exceptional individual effort in the World T20, he plundered 254 in Manchester against Pakistan – his highest Test innings, and arguably his best.

While England were roundly hammered 4-0 in India in late 2016, Root enjoyed an excellent series personally, showcasing his superb record against spin as he finished second to Virat Kohli in the run-scoring charts thanks to 124 at Rajkot and a half-century in each of the defeats that followed. Cook decided two months later that it was time to pass on the mantle, and Root was the natural successor. He described his appointment as a “huge honour” and became England’s 80th Test captain.

Root did his best to dispel any concerns about the effect the captaincy would have on his batting in his first innings in the job, with a pace-setting 190 at Lord’s in a crushing win against South Africa. He led from the front throughout the summer, hitting 136 against West Indies in a day/night Test, and while England’s focus was firmly on their one-day revolution after their semi-final exit in the Champions Trophy, they went into the 2017-18 Ashes with cautious optimism that Australia were beatable.

As preparations for the 2019 World Cup geared up, Root’s Test side took a back seat and his own form tailed off somewhat, as he averaged below 40 for seven series in a row between the tour of New Zealand in early 2018 and the end of the 2019 Ashes. England remained strong at home, beating India and Ireland and drawing with Pakistan and Australia, but overseas results were a mixed bag with a whitewash in Sri Lanka offset by defeats in New Zealand and Pakistan. Despite a handful of impressive innings, particularly his 124 in Pallekele, Root’s batting average slid well below 50 as he alternated between No. 3 and 4, and he dropped out of the top 10 in the ICC’s batting rankings for the first time.

After compiling his first double-century as captain in the 1-0 defeat in New Zealand in late 2019, Root’s series with the bat in South Africa summed up his form over the past three years as he made between 27 and 61 in each of his seven innings. But England were beginning to look like they were his team after Chris Silverwood had taken over from Bayliss as coach, and he marshalled a young side to a 3-1 series win. He missed the first Test of the 2020 home summer on paternity leave, but returned to lead series wins against Pakistan and West Indies, by which point he had won eight Tests in a row as captain.

Root turned 30 at the end of last year, and headed into 2021 with the prospect of 17 Tests to play including home and away series against India and the start of an away Ashes series. Everything pointed at a legacy-defining year. He started emphatically, playing two of his best innings as he put up scores of 228 and 186 in the back-to-back Galle Tests and dominating Sri Lanka’s spinners with his trademark sweep. He heads into his 100th Test in Chennai looking like a complete batsman, and with any lingering doubts over his suitability as captain dispelled.

Harbhajan wants ‘better suited’ Nehra to coach India’s T20I side
Warner back in top five in ODI batting rankings; Conway moves to No. 3 among T20I batters
All-round Heat overpower Hurricanes to move into Challenger
Pat Cummins: There are no cowards in the Australian team
Starc: I have a pretty good relationship with Langer