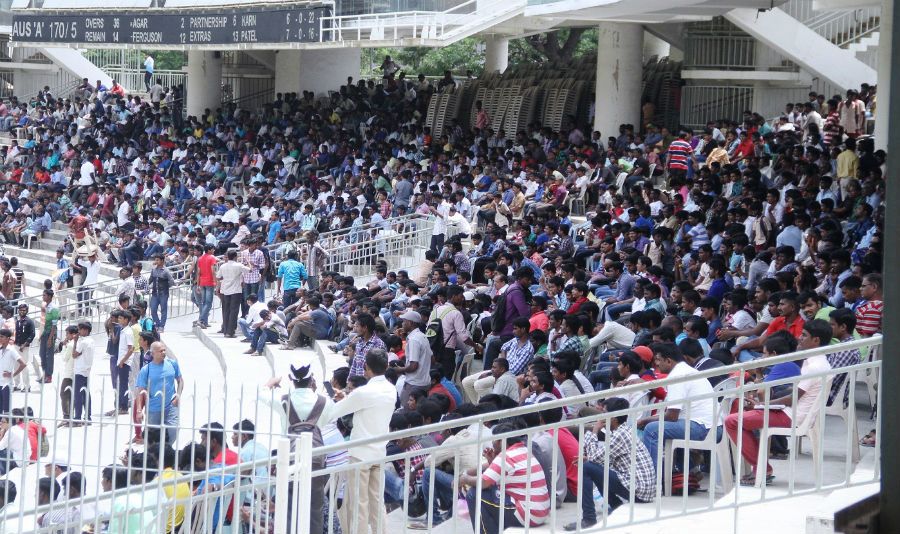 Locked I, J and K stands will also be thrown open to the public

It’s official now. Crowds up to 50% capacity of the MA Chidambaram Stadium will be allowed for the second India-England Test in Chennai, as reported by ESPNcricnfo on Monday.

The BCCI had informally given a nod to TNCA on Monday, and the clearance was then subject to the approval of the Tamil Nadu government, which has been received. The first Test will be played behind closed doors, as originally planned. This was confirmed via a press note from RS Ramaswamy, the TNCA secretary.

The move to allow crowds signals a change in course from the BCCI and the TNCA, who had recently informed its members that the MA Chidambaram Stadium would not allow crowds for the two Tests. But the decision comes in the wake of the Indian government revising its guidelines pertaining to spectators at outdoor sports in the country last weekend.

“For outdoor sports events spectators will be allowed to full seating capacity,” the Indian ministry of Youth Affairs and Sports said in a circular updated on January 29. The circular, titled ‘Standard Operating Procedures for opening up of Stadia for sports events’, revised the ministry’s previous guidelines issued on December 26 which had stated spectators can be allowed at 50% capacity for outdoor sports.

In another development, the I, J and K stands, which have been locked to spectators for over nine years due to issues between TNCA and the local municipality, will also be thrown open to the public, with necessary clearances obtained by the TNCA.

It is understood that media personnel will be allowed at the stadium starting from the first Test, which is another change in flavour for Indian cricket, whose seven venues in the recently concluded Syed Mushtaq Ali T20 Trophy had neither spectators, nor media personnel.

Tamil Nadu is currently seeing a decline in active Covid-19 cases, and life in Chennai has slowly crawled back towards normalcy in recent months, with movie theatres allowing up to a 50% capacity indoors.