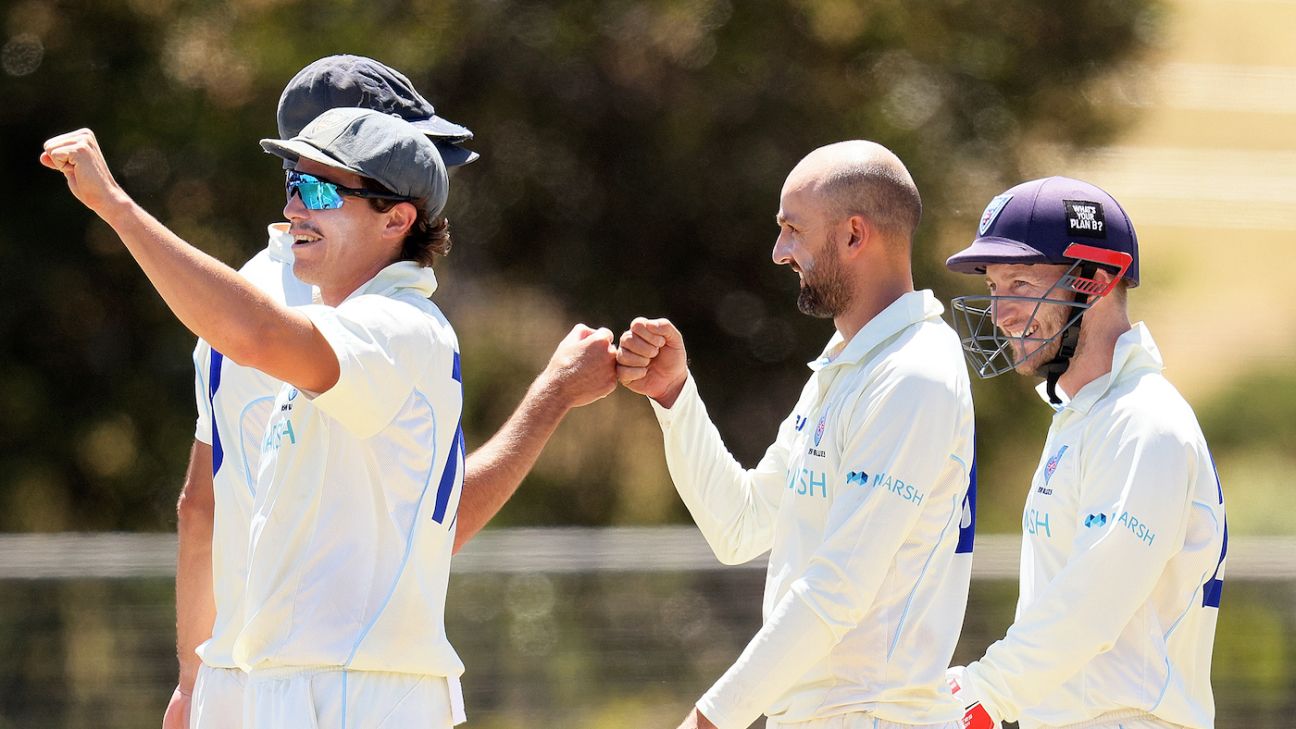 Australia’s T20I squad to tour New Zealand for five matches later this month will remain unchanged despite the postponement of the Test series in South Africa.

The need for pre-departure protocols for the squad, which will fly out on February 7 and begin two weeks managed isolation in Christchurch, means late changes were never going to be considered by Australia.

A number of first-choice T20 players were in the Test squad – including David Warner, Steven Smith, Pat Cummins and Mitchell Starc – and the need for separate touring parties opened the door for some fringe and new players to be included for the New Zealand series with the squad coached by Andrew McDonald.

“We were pretty clear when we announced the two squads they would be the two squads,” Nick Hockley, the CA interim chief executive, said. “The reality is the T20 squad has started its pre-departure protocols to enable it to move safely into New Zealand. We always knew logistically we’d have to pick two separate squads.

“We’ve given ourselves every chance to make South Africa happen. Unfortunately that hasn’t transpired. What that means is we’re committed with the T20 squad that’s announced and we won’t be changing it.”

The scrubbing of the South Africa tour and the fact none of those players will be heading across the Tasman opens the prospect of a strengthened Sheffield Shield tournament if that competition resumes as scheduled after the BBL.

There remains some uncertainty due to border restrictions – particularly following the recent lockdown of Perth – but the Sheffield Shield is currently due to restart on February 12 with the One-Day Cup following on the 16th.

The competition, which was played in an Adelaide-based hub earlier in the season, has been trimmed to nine rounds with it set to stretch well into April. If the New Zealand and South Africa tours had run concurrently some states would have had to delve deep into their reserves over the next couple of months.

It remains to be seen how many of the frontline Test players do return to domestic action or whether they are afforded the opportunity of an extended break, but for those who were in the hub without playing – the likes of Michael Neser, Mitchell Swepson, Sean Abbott, James Pattinson and Moises Henriques – there is now the prospect of some competitive first-class cricket.

With the domestic season due to extend until late April it is likely to overlap with the next edition of the IPL as it did when the delayed 2020 tournament was held in October and November last year.

Can England end ODI rut with series on the line?
Australia get ready for India on Sydney’s specially prepared spinning pitches
Ireland to stage Bangladesh Super League ODIs in England
Shafali ‘not going to be satisfied’, sets sights on senior World Cup
Matthew Fisher lands a five-for as England Lions make strides against Sri Lanka A