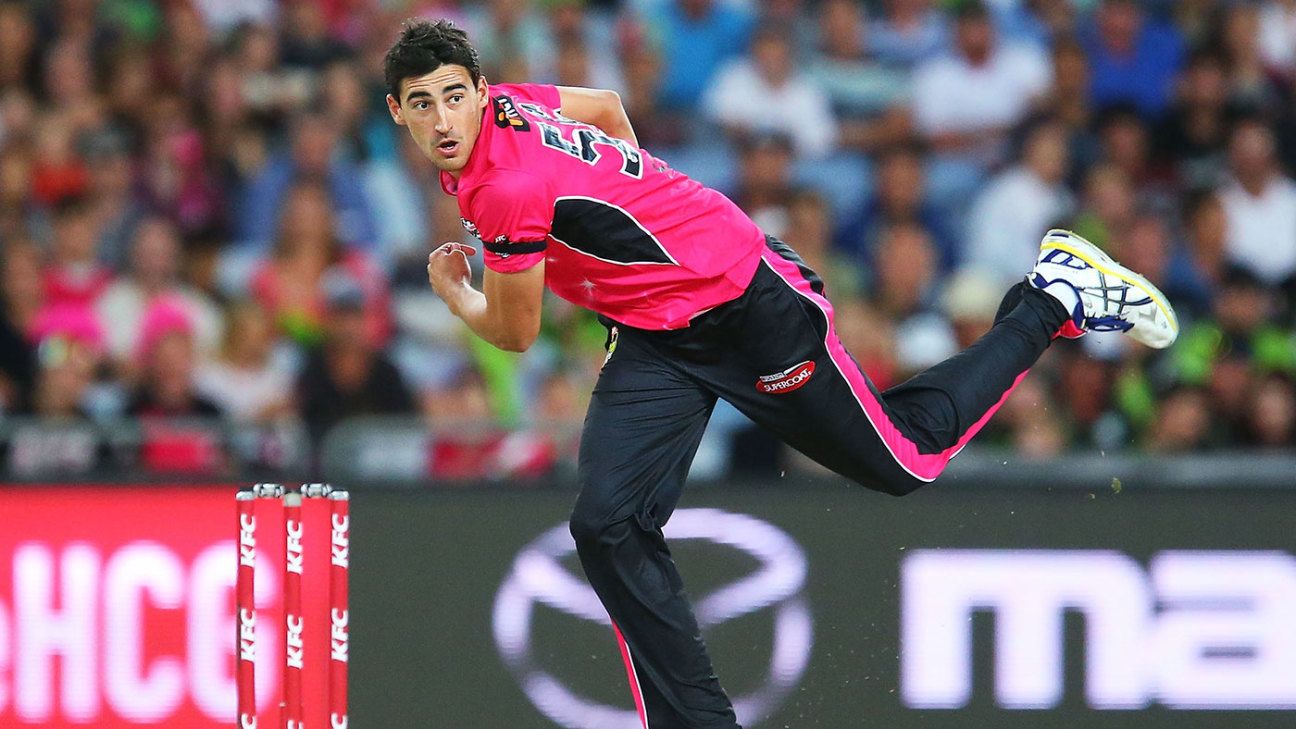 Mitchell Starc will not play in the BBL final for the Sydney Sixers despite being available after he and the Sixers came to a mutual agreement that the club should stick with the squad that has secured them a home final.

Starc has not played in the BBL since December 2014 but made a surprising decision to sign a contract with the Sixers ahead of the tournament, despite a heavy international schedule over the summer, with the possibility to play in the BBL finals.

He played all four Tests against India and required scans on his hamstring in the aftermath of the fourth Test loss. He was subsequently cleared but after discussions with the Sixers it has been agreed that he won’t come into the side which qualified straight for the final with a convincing victory over Perth Scorchers.

“The guys have done so well this year and I think it’s in everyone’s best interests to stick with the guys that have worked so hard to get to this point,” Starc said in a statement. “I’ve always felt part of the club and I am right behind them for another big win on Saturday night.”

Sixers general manager Jodie Hawkins said Starc and Nathan Lyon will be involved in an off-field capacity at the SCG on Saturday night and the club is comfortable with the decision to leave Starc out.

“Mitch is, and always will be, a big part of the Sixers family,” Hawkins said. “Circumstances meant he and Nathan Lyon were not able to join us this season but they are both very much part of our set up and will represent the club off the field on Saturday night.

“Our current squad have done an incredible job all season to qualify for the final while playing every game on the road and Mitch and the club are really comfortable with this decision.”

Starc will now focus on preparations for the upcoming Test tour of South Africa although that has yet to be confirmed.