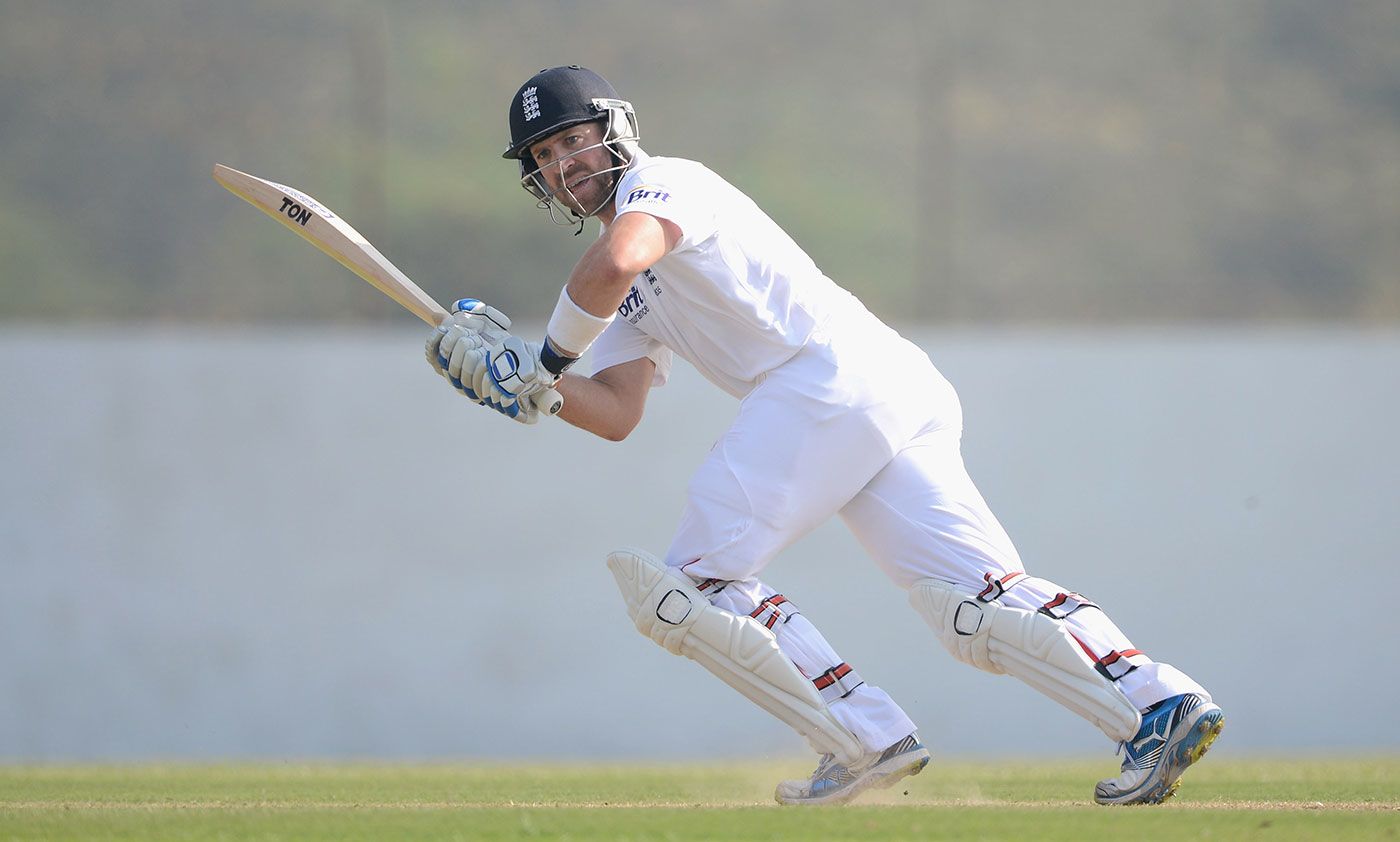 England are unlikely to need any reminders about the physical challenge that their four-Test series in India will pose this month after four tough weeks in the Sri Lankan heat, but a picture Nick Compton posted on Instagram recently might serve as one all the same.

Compton captured Matt Prior collapsed in a chair in the Nagpur dressing room during the drawn fourth Test of England’s 2012 tour, which sealed a 2-1 series win – England’s first in India since 1984-85. With his head on the armrest, Prior appears overcome by the exhaustion of his efforts in the series.

“I remember coming in, taking my kit off, and before I knew it, I was asleep. I was just so drained from the whole experience,” Prior recalled. “That’s why you do it, and that’s what made it such a good victory. It is so mentally and physically draining to get a result out there. To go there and be successful is a real privilege [so] it was a very proud moment in all of our careers.

While he contributed with the bat from the lower-middle-order in the series, making 258 runs at 51.60 in his five innings, Prior’s main role came with the gloves. He took six catches in all and completed a stumping and a run-out, and while those figures do not catch the eye, the fact he kept wicket for more than 650 overs in gruelling conditions most certainly does.

“Playing Test cricket in India is about attrition,” he said. “From a wicketkeeping perspective, in the first over of the day, with Jimmy Anderson bowling in the high-80s [mph/140kph], I was standing literally four yards back. It’s obviously very hot and very humid, so there’s a huge physical drain that you have to be prepared for.

“And then mentally it’s very draining. For players who have grown up in England, you’re used to the ball swinging and seaming, and leaving on length and in the channel, but your whole gameplan has to change, whether that’s for batsmen, bowlers, wicketkeepers, or even fielders, who have to think more about what they’re doing with the ball so that they can get it to reverse.

“It’s about building pressure and then sustaining it for as long as you can. That’s the way to get wickets. Pitches are generally so flat and good to bat on until you get into the third innings when it starts turning. You have to bat for hours and hours and hours to get a lead and that was really what we built our whole campaign around: getting more runs than India in the first innings. Cashing in is key.”

Prior highlights concentration as the main challenge for wicketkeepers in India, on top of the physical demands. “Everyone says to me that keeping wicket at the WACA must have been really difficult because you’re 30 yards back. Actually, it was great fun because the ball was coming through at waist height and you’ve got a lot of time to move your feet.

“In India, you’re so close that it puts a huge amount of pressure on your technique as a wicketkeeper. You’re having to stay lower for longer, hold your posture position for longer, and you have to be able to move your quads and your butt, low and fast, under pressure.

“That’s stood back, but you spend 80% of the time stood up to the stumps so the number of squats you do in a day is through the roof. Your fast-twitch fibres are put under a huge amount of pressure for most of the day. It’s physically draining – it’s the toughest place to keep wicket, there’s no doubt about it.”

Prior will be part of talkSPORT’s commentary team in the UK for some of the upcoming series, and said that he believes both Jos Buttler and Ben Foakes are up to the daunting challenge that lies ahead. Buttler will keep wicket in the first Test in Chennai before flying home as part of England’s policy to rotate their multi-format players on this tour, with Foakes set to take over from the second Test onwards.

“The intensity and the heat is incredible in the subcontinent, particularly for a wicketkeeper – I remember I once lost 4kg of fluids in a single session in Sri Lanka – but these England guys are in outstanding physical condition. They’ll absolutely be ready and prepared for that.

“England are being smart by rotating players with so much cricket coming up. India is the type of place where you’ve got to use your squad. It’s not just 11 guys who will win you a series, so having someone as able and capable as Ben Foakes to come in is only good news.

“He’s obviously an outstanding wicketkeeper, but he’s proved what he can do with the bat as well. I was fortunate to be in Sri Lanka for his debut when England were five-down with not many on the board [103] before he walked in and scored that brilliant hundred. It’s a great opportunity for him: you want to grab any chance you get with both hands in international cricket.”

To follow the action from India, download the talkSPORT app, re-tune your DAB radio, listen at talkSPORT.com or tell your smart speaker to ‘play talkSPORT 2’. Coverage starts at 3.45am with live play from 4am