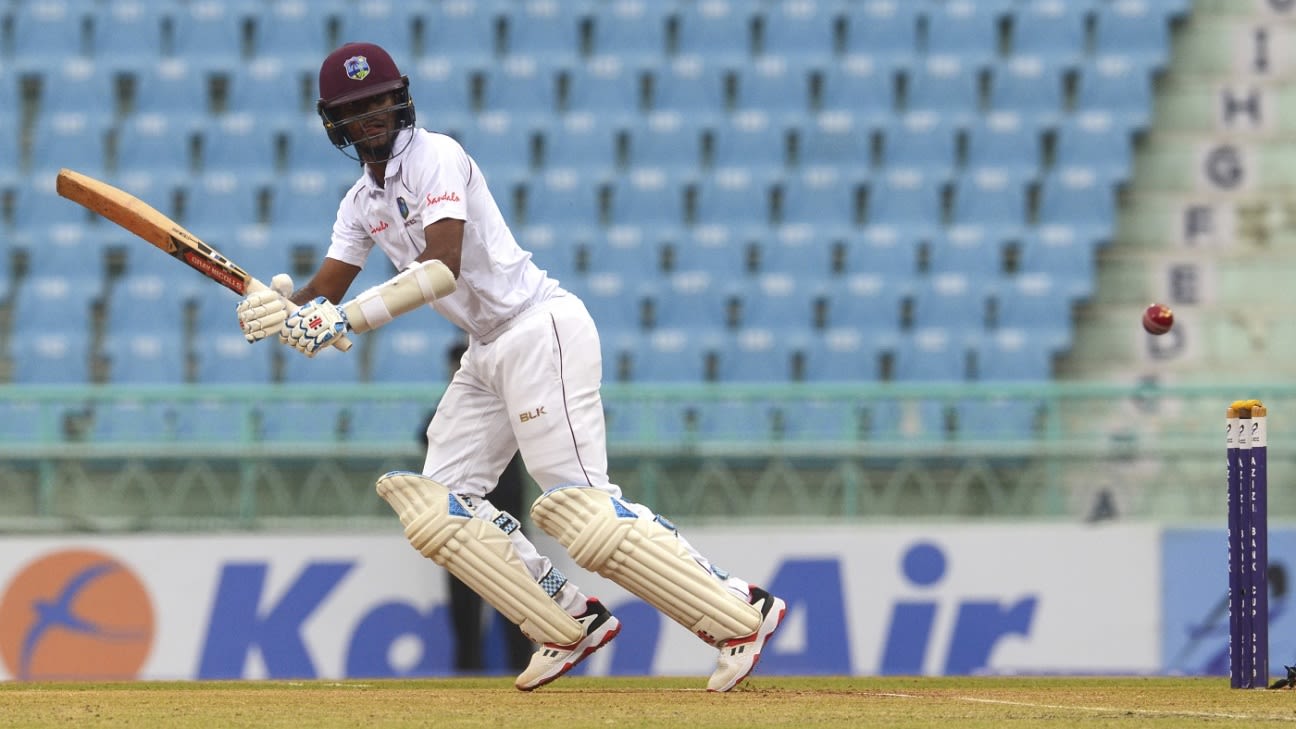 Back then, West Indies couldn’t go past three days in either of the two Tests, losing the first by 64 runs and the second by an innings and 184 runs, the biggest win in Bangladesh’s Test history.

Bangladesh’s four-pronged spin attack took all forty West Indies wickets, with offspinner Mehidy Hasan Miraz snapping up 15 of those, at an average of 14.06. Left-arm spinner Taijul Islam took ten wickets, Shakib nine and offspinner Nayeem Hasan took six wickets in his maiden Test series. Shakib especially has had the wood over the West Indies since 2009, with his 46 wickets and seven half-centuries.

Brathwaite, who is leading the team in Jason Holder’s absence believes positivity is key against bowlers who’ve had the wood over them in the past.

“We lost the series here last time, which is the motivation for us,” Brathwaite said. “I played against these (bowlers) before but some of the guys haven’t (played them). We have seen footage and from a batsman’s point of view, we have our plans in place. We have to be positive, by rotating the strike, looking to be aggressive.

“They are quality bowlers, but I think we have the skills to come out on top and get big runs. I am backing the batters. The guys have put in some work, and we all look forward to the challenge. Our bowlers have been doing a good job in the last year and a half, or two years. It is crucial for us to put runs on the board, I think that’ll be key for this West Indies team.”

Brathwaite, who is the most experienced cricketer in this squad, said that his opening stand with John Campbell has to lay the foundation for big scores. He said that he will continue to bat in his own way, and try to take away much of the pressure early on.

“I think it is key for openers to put on a good partnership, especially here in Bangladesh,” he said. “Big opening partnerships can basically make it easier for guys to come. It would put us in a good position. John is batting well. I really enjoying batting with him. Nothing ever changes for me as an opening batsman. Every time I go to bat, I obviously look to do well. I won’t say that it is added pressure. I try to soak up a lot of the pressure as an opener.”

Brathwaite said that he is also relying on the likes of Jermaine Blackwood and Rakheem Cornwall to give him important contributions with bat and ball respectively. “I am 100 per cent confident of each and every guy who plays,” he said. “We have the experience of Jermaine Blackwood who has the experience of 30-odd games. But I look forward to seeing all the top-order batsmen to do well.

“Rakheem (Cornwall) did a very good job in the practice game. He created a lot of pressure by bowling dot balls. I think he will do well in this series. He is a quality offspinner. We have to support him in the field, but that’s for every bowler not only Rakheem.”

Despite so much talk about spin being the most important factor on the pitches in Chattogram and Dhaka, West Indies could still play three fast bowlers. Brathwaite said that if the fast bowlers can bowl on the stumps, the low bounce could help them.

“I still think they will have the role as before. We have some guys with extra pace so I think with the low bounce and correct fields, the pacers have to apply pressure as well. The ball may spin looking at the surface, but I still think pacers can be the attacking option with the ball possibly keeping low.”

Holder urges West Indies quicks to not get ‘carried away seeing carry and bounce’ in Perth
Ollie Pope embraces senior status after taste of England leadership
Labuschagne: Nice to score runs when not absolutely feeling 100%
Jess McFadyen set to debut in white-ball series against Bangladesh
Cummins does not want to lose Australia’s realistic chance at WTC final (once again)