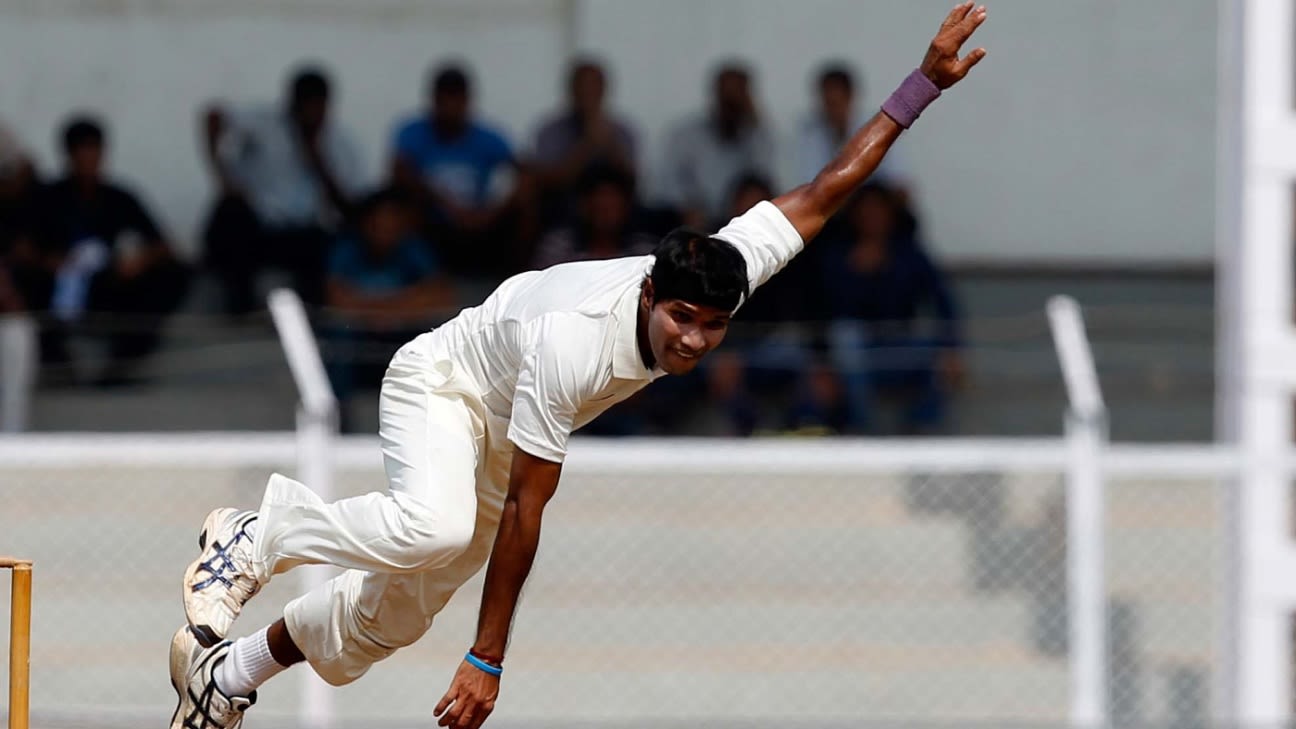 Ashok Dinda, the former India and Bengal seamer, has announced his retirement from all forms of cricket. The 36-year old played 13 ODIs and nine T20Is between 2010 and 2013, picking up 12 and 17 wickets, respectively. He enjoyed a longer and more productive domestic career, taking 420 first-class wickets in addition to just over 300 white-ball scalps.

After having represented Bengal for over a decade, Dinda had moved to Goa ahead of the ongoing domestic season which has been curtailed by the coronavirus pandemic. He was the second-highest wicket-taker for Goa in the 20-over Syed Mushtaq Ali Trophy with five strikes, but it came at the cost of 10.08 runs an over, as they suffered an early exit.

“I have had my run. I have a few injuries and they have been troubling me,” Dinda said. “I played three games for Goa this season and picked up five wickets, but I think I have done what I could have as a player. I am almost 37, and I have been playing first-class cricket for 15 years, so it’s time to go.

“I am a cricketer, so I will stay connected with cricket. I have a few options to stay connected with the game. I haven’t thought about what I will do. It’s too early. So maybe I will take a decision before the next season, once things get better [in terms of the pandemic].”

Dinda took at least one wicket in the nine T20Is he played, with his career-best 4 for 19 coming in a handsome victory against Sri Lanka in Kandy in 2012. He played for the Delhi Daredevils, the Pune Warriors, the Kolkata Knight Riders, the Royal Challengers Bangalore and more recently, the Rising Pune Supergiants in the IPL, picking up 69 wickets in 78 games at an economy rate of 8.20.

In the Ranji Trophy, he was a stalwart for Bengal, grabbing 339 wickets. Among seamers, only R Vinay Kumar, Pankaj Singh, Basant Mohanty, Madan Lal and Ashish Winston Zaidi have more wickets than Dinda in the Ranji Trophy.

Speaking to PTI, Cricket Association of Bengal (CAB) president Avishek Dalmiya paid tribute to Dinda. “The contribution of Dinda is enormous,” he said. “He is one of the best fast bowlers we have produced. He will be remembered for his ability to take wickets and win matches, bowl long spells and his never-say-die spirit.”