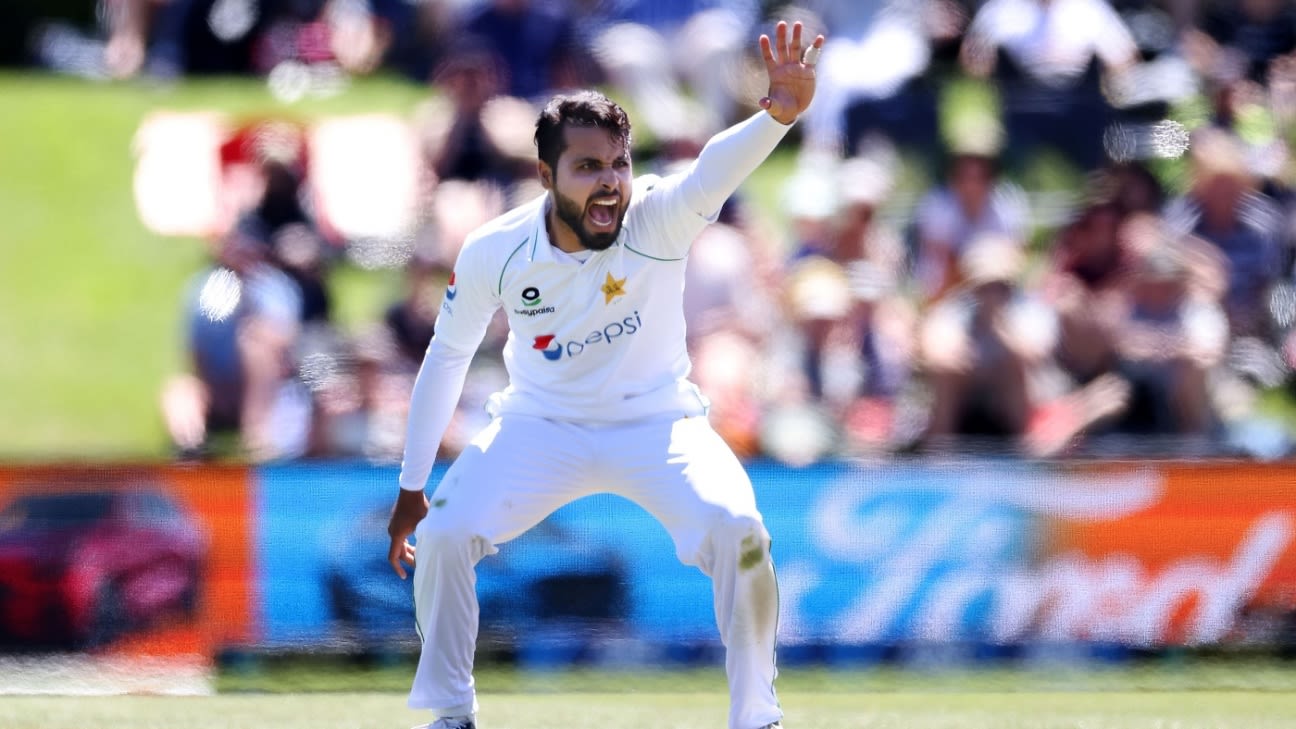 Allrounder’s batting performances have been more prominent lately, but bowling remains the priority

Faheem Ashraf has had a strange Test career. When he was first included in the side in 2018, he promptly scored 83 against Ireland, and a productive series against England with the bat raised hopes Pakistan finally possessed that most valuable of players – a seam bowling allrounder. Six months on from that series, however, then-head coach Mickey Arthur publicly told reporters in Cape Town, after a miserable day of Test cricket against South Africa, that he did not consider Faheem to be an allrounder: just a bowler. He would play the following Test in Johannesburg and take six wickets, though he only scored 15 runs. Perhaps Arthur had a point after all.

But after that, he wouldn’t play red-ball international cricket for nearly two years, included almost as an afterthought for Pakistan’s tour of New Zealand, apparently only getting a shot in the playing XI because of Shadab Khan’s injury. And while he didn’t carry the sort of threat with the ball Pakistan might have hoped, he struck a delightful counter-attacking 91 in the first Test that saved the follow-on, followed by 76 runs in Christchurch. Against South Africa in Karachi last week, his 64 was equally priceless in getting Pakistan a big lead, even though he has managed just three wickets since his return.

Faheem, however insists he hasn’t shifted focus away from bowling. “I have always viewed myself as a bowling allrounder. I try and give my all with the ball, and help the specialist bowlers,” he said, talking to the media over video conference. “I’m having a good run with the bat but when I have the ball in hand, I want to play like a bowler, not an allrounder. I’m focusing on bowling just as much as I did before, even if my performances are more apparent with the bat. But that shouldn’t mean I’m focusing on my bowling any less.”

Work off the field is a theme he often returned to. “My improvement hasn’t happened overnight, there’s a lot of hard work behind it that nobody sees,” he said. “I had been working hard on my batting ever since I broke into the side. County cricket teaches you a lot, but coaches in Pakistan help you, too, and if you take their advice on board in the right spirit, you are bound to learn a lot.

“Since I came into the white-ball team, people believed I was a white-ball player. But if you look at my career in domestic cricket, I was performing better in red-ball cricket than white-ball cricket before being called up.”

The surface at Rawalpindi Cricket Stadium might afford him a better chance of embellishing his bowling numbers. Over the past five years, pacers have had much more joy in the city, picking up 498 wickets at 21.40 in first-class cricket, while spinners have accounted for just 72 wickets at 34 in the same time. That means Faheem may have a bigger role to play with the ball in the second Test against South Africa than he did in Karachi, though he did say the wicket in Rawalpindi was different to what it had been a few years ago.

“The pitches that are being made at home in international and domestic cricket are much different to what they used to be a couple of years prior. I played a first-class match here four years ago, and you wouldn’t see a pitch like this then. At the time, it was full of grass. The Rawalpindi wicket is usually quite good for fast bowlers because it’s hard and the weather is mild. We practiced much better today and I felt a lot better batting and bowling today compared to yesterday because the weather was a little warmer, and I’m looking forward to the Test.”

It already feels like a long and winding career Faheem has had in Test cricket, but the second Test will just be Faheem’s eighth overall. In each of the previous seven, he has found a way of contributing with either bat or ball, but wound up facing scrutiny for the discipline he hadn’t performed in. He’s been dismissed as both bowler and batsman at various stages in the short while he’s been with the Test side, and yet Pakistan continue to turn to him. The second Test in Rawalpindi is yet another chance to show why.