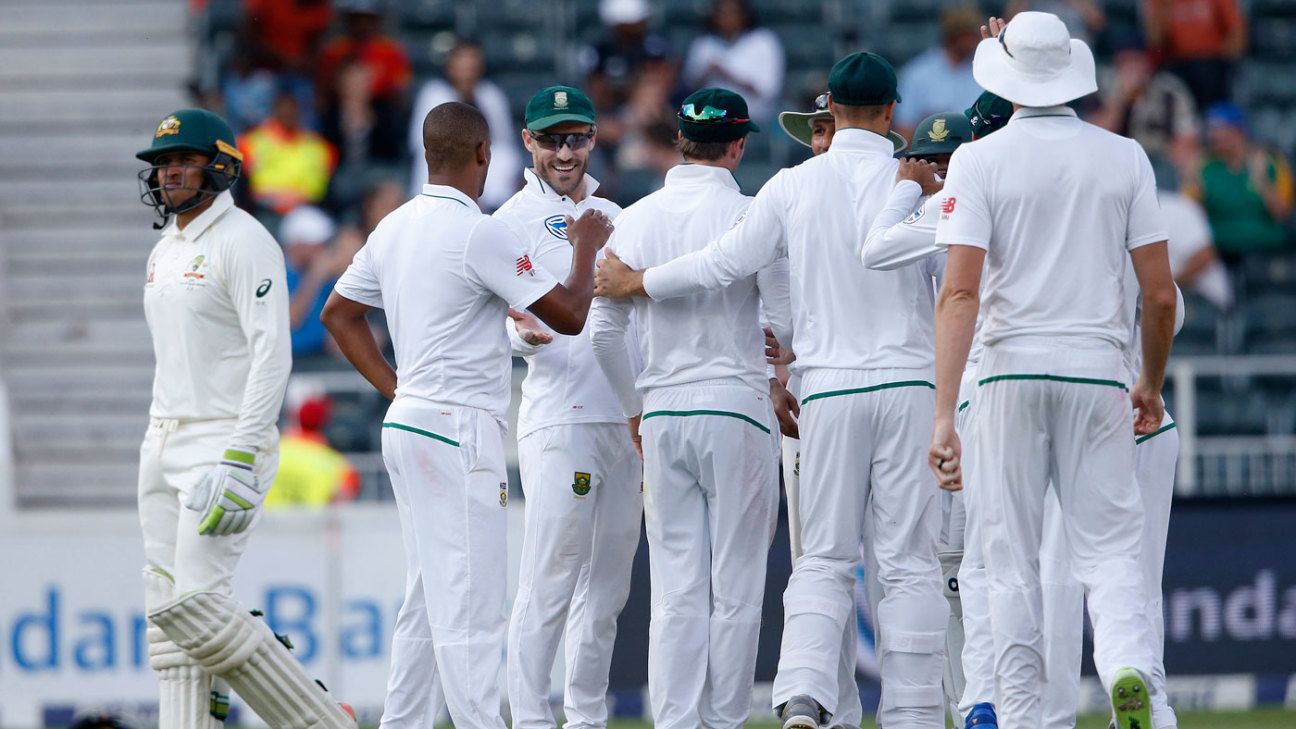 Cricket South Africa are “extremely disappointed” and “frustrated” at Cricket Australia’s decision to pull out of their Test tour in March, saying they couldn’t have done more to appease the touring team.

“We are extremely disappointed by the decision of CA,” Graeme Smith, CSA’s Director of Cricket, said in a strongly-worded statement. “CSA has been working tirelessly in recent weeks to ensure that we meet every single expectation of CA.

“This was set to be our longest tour in a bio-secure environment comprising a three-match Test series that was scheduled to begin with Australia’s arrival later in the month. So to be informed about the CA decision at the eleventh hour is frustrating.”

Smith was intricately involved in organising the Australia tour in which CSA were willing to put in place their strictest restrictions of the summer. That included a longer quarantine period than South Africa’s players have had to deal with before, quarantine for other members of staff including hotel staff and transport staff, purchasing an Australian track-and-trace system and obtaining government-sanctioned VIP treatment for the touring party.

“The protocols we proposed to CA were unprecedented,” Dr Shuaib Manjra, CSA’s chief medical officer said. “Firstly, we had agreed that our own Proteas team would enter the BSE 14 days prior to the arrival of the Australian team, thus altering their planning during the current tour of Pakistan.”

South Africa are currently on their first tour to Pakistan since 2007, a series which includes two Tests and three T20Is. All but four members of the Test squad will return home after the second Test finishes on February 8 with a second-string T20I squad to arrive in Pakistan tomorrow to play the three matches. But Australia’s cancellation of their tour to South Africa means that these arrangements will not be changed though the Test squad no longer has to prepare for Australia, who would have played their first Test series in South Africa since 2018. They will return home early, as planned, but will not need to enter a two-week quarantine as they would have done if the three Tests would be going ahead as scheduled.

For South Africa’s previous home series this season against England and Sri Lanka, players entered the BSE without quarantining but had to socially distance until they had returned three negative Covid-19 tests. Both those series took place with the squads staying at one hotel albeit confined to different areas. For the Australia’s visit though, CSA were due to make use of separate facilities for each squad, thus adding to the cost of hosting the tour.

“We agreed to two separate BSEs and had granted Australia full and exclusive use of the Irene Country Lodge – which we shared with Sri Lanka – with a minimum staff present on site,” Manjra said. “In terms of the arrangements, the Proteas were to move to a separate hotel altogether. Furthermore, all hotel staff, match officials and even bus drivers were to enter the BSE 14 days prior to Australia’s arrival. In addition, CSA had also committed to importing an Australian tracking system at great cost to ensure proper tracking of close contacts in the event of a positive test. The touring team was also going to be granted VIP access through the airports – after government intervention – to ensure this privilege.”

Manjra described Australia’s concerns as greater than any other touring team to South Africa. “They were concerned about the 14-day hard quarantine when they returned to Australia. And if an Australian player tested positive in South Africa it would be difficult for them to get back to Australia,” he said.

He also said Australia’s requirements were “far more stringent” than any of the other BSEs that CSA have had to host this summer. Aside from hosting England and Sri Lanka, South Africa are also playing the domestic one-day cup in a bubble.

Their BSE against England was thought to have been compromised when three South African players, two hotel staff and two members of England’s touring party tested positive – though the England travelers were later confirmed as false negatives – and resulted in England leaving the country before playing their ODI series, while the Sri Lanka BSE was held without incident. While both those series were expensive for CSA, Australia’s arrival would have come “at a much huger cost” according to Manjra. CSA will also miss out on revenue of up to R40 million (approx. US$2.6 million) from the postponed Australia tour, leaving South African cricket in a financially precarious position.

“CSA has incurred significant costs related to the planning stages, and the cancellation of the tour represents a serious financial loss,” Pholetsi Moseki, CSA Acting Chief Executive Officer, said. “In this challenging period for cricket and its member countries, we believe the stance taken by CA is regrettable and will have a serious impact on the sustainability of the less wealthy cricket playing nations.”

Last month, Smith said that unless member countries “support each other”, cricket will find itself in a “challenging space”, and CSA are now at the centre of that challenge. With limited time to find other opposition, South Africa face a curtailed summer with no cricket in March despite lockdown restrictions being eased.

Asked if South Africa would consider an earlier offer from CA to play the series in Perth – an idea that had been floated last December – Smith said “no”.

Australia are also due to begin their vaccination drive this month and have been affected by the pandemic much less than South Africa. The total number of cases in Australia is under 30,000 compared with almost 1.5 million cases in South Africa, and lockdowns in Australia have been enforced strictly even for very few cases. On the other hand, South Africa’s measures were among the strictest in the world when they first locked down last March; but as things stand, most economic activity – including travel – is allowed.

South Africa are due to host Pakistan for white-ball matches towards the end of the season, though those fixtures are yet to be released. They have also already had a white-ball tour to Sri Lanka, a two-Test and five-T20I visit to the West Indies, and three home T20Is against India postponed because of the pandemic.