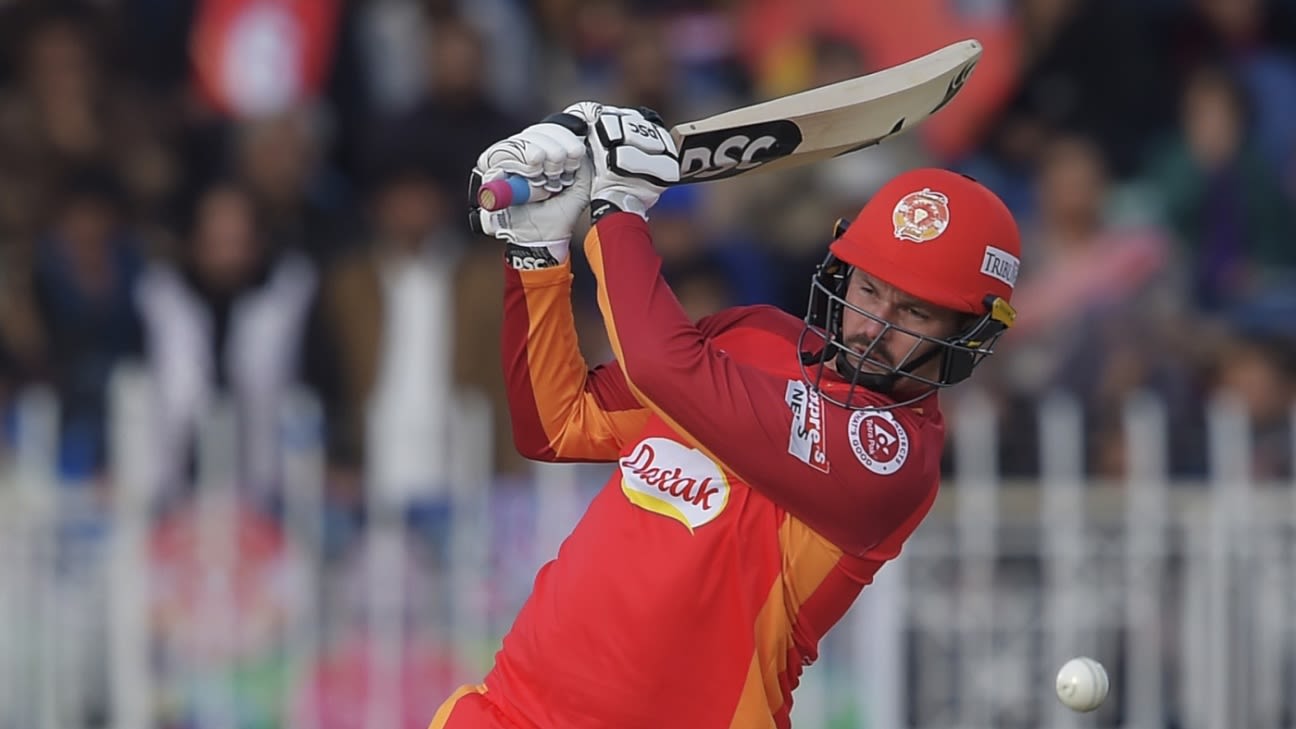 Colin Munro will not be available for the Islamabad United in the 2021 edition of the PSL, starting later this month, because of difficulties with finding quarantine space for his return to New Zealand after the competition.

Munro was scheduled to head straight to Pakistan after the conclusion of the BBL, where he is part of the Perth Scorchers line-up, but the quarantine system put in place by the New Zealand government requires places to booked in advance and, having delayed in applying, the earliest Munro would have been able to find a slot after the PSL was in mid-May.

“I’m very disappointed to be missing out because Islamabad were really good to me,” Munro said. “They retained me knowing I was going to go there straight after the Big Bash but I just couldn’t get any quarantine booked in time.

“The PSL finishes on the 23rd [22nd] of March and I could only get back into the country in the middle of May then another two weeks on top of that. It’s tough, but the world the way it is maybe that’s a silver lining – spend some more time at home with the family and get ready for whatever is next.”

Munro scored 248 runs at 35.42 and a strike rate of 147.61 in the previous edition of the PSL and would have headed to this event in strong form having scored 441 runs for the Scorchers, who finished second on the eight-team table after the league stage and, after losing to the Sydney Sixers in the Qualifier, will take on the Brisbane Heat in the Challenger on Thursday for a place in the final against the Sixers.