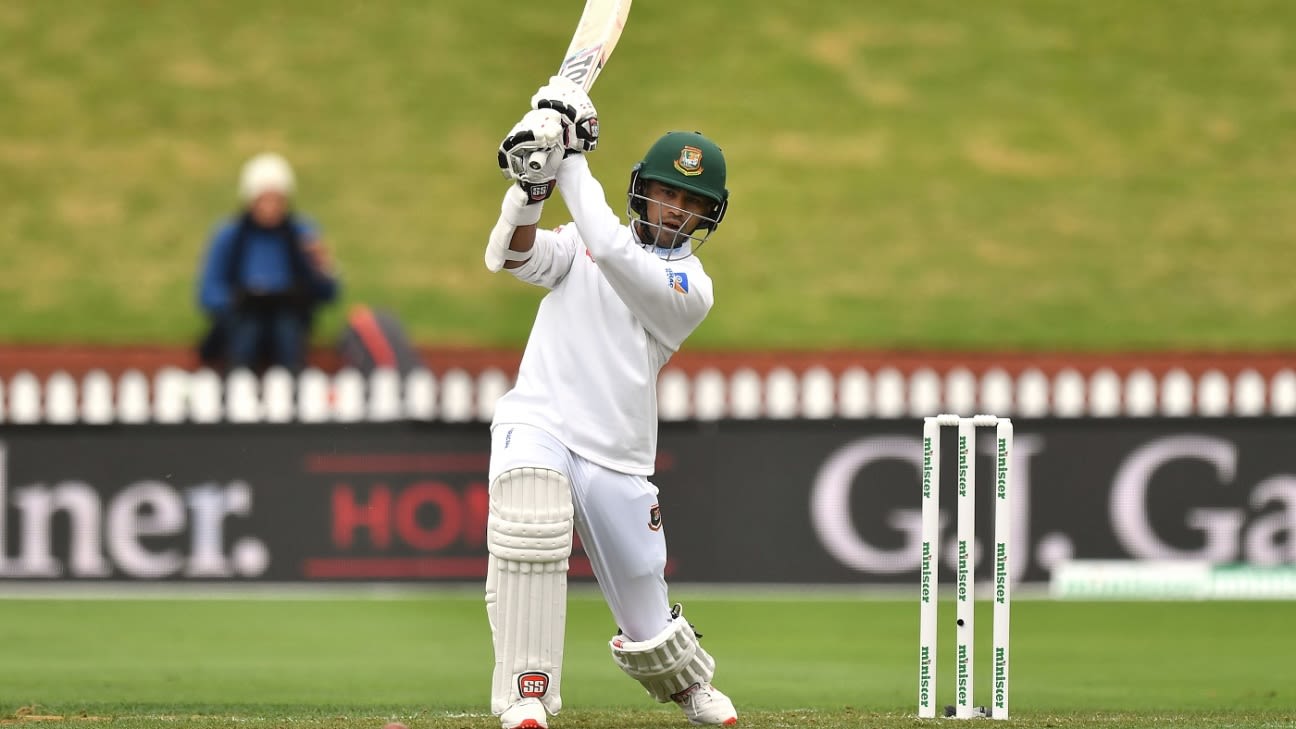 Bangladesh’s management is yet to decide on who will open with Tamim Iqbal against West Indies as one half of Bangladesh’s opening batting continues to be a riddle. The toss-up this time is between Shadman Islam, who has been out for more than a year due to a wrist injury after playing six Tests, and Saif Hassan, the 22-year old who had played Bangladesh’s last Test against Zimbabwe in February 2020.

But neither has nailed down the position with any conviction, nor has any of the other opener in the last five years. Tamim has had six different opening partners in the last six years, out of the eleven opening pairs during this period. It is in stark contrast with the rest of the batting order where most of the batsmen have been consistent fixtures.

Bangladesh coach Russell Domingo said he will discuss the position with the selectors before they take a final decision, but he was certain about the middle-order, with the good news that Shakib Al Hasan is getting close to full fitness after a recent groin niggle.

“The batting order needs some discussions,” Domingo said on Monday. “I have got an idea of who is going to bat at No 3, 4, 5 and 6. Obviously we need to have final discussions with the selectors later today, about the opening spot to go with Tamim. We have a few options. Saif played the last Test and before him, Shadman was the man in that position before he broke his finger.

“Shakib is an important player for us with his batting and bowling. He is a world-class allrounder who is very difficult to replace in any format. Preparations for him hasn’t been easy after picking up a groin niggle in the last ODI. He has gone through his rehab. He is still not 100 per cent but he has a day or so, but we are pretty confident that he will be ready for the first Test. He has worked really hard on his rehab. He is not feeling too much discomfort, so we are confident that he will be ready to play.”

Domingo, however, was slightly more clear about the sort of bowling attack he is about to choose, judging from the pitches that he has seen at the Zahur Ahmed Chowdhury Stadium. “We have some exciting new fast bowlers coming through… but looking at the wickets in Chattogram, the pace bowlers don’t seem to be too much of a threat. It is an unfortunate thing. It just seems to be the nature of the wicket. We have to make sure we play to our strengths.

“We are very committed to get some fast bowlers through the system. We have showed that in our one-day side where we are trying to develop our fast bowling stock. When we go away from home, they will be crucially important for us.

“But we also can’t be stupid to pick out-and-out pace attacks when you are playing on wickets that don’t offer them anything. It is also very difficult for bowlers to make debuts on these type of pitches. We will make a final decision on the make-up of the team, once we have seen the pitch one day before the Test,” he said.

Among the pace bowlers, Domingo said that Mustafizur Rahman developing the inswinger to the right-hander gives him a headstart for Test match selection.

“I think I have said months ago that Mustafizur will struggle in Tests until he swings the ball back into the right-hander. He has worked really hard with our bowling coach to make sure he gets the shape more consistently. I am sure you can see from his white-ball performances that he has been able to do that. It is still not a 100 per cent consistent but there has been a big improvement in the way he is shaping the ball.

“He is an experienced and quality performer. He is a left-armer, which is a variety. He can also create some rough outside the right-hander’s off-stump for our offspinners to come into the game. He is definitely an option going into this Test. I definitely see him as part of our Test team going forward, after the improvement we have seen in the last eight or nine months,” said Domingo.

“(Kraigg) Brathwaite has been a consistent performer for them. Shannon Gabriel and Kemar Roach are world-class bowlers. We are by no means complacent. We know that they are a formidable side under any conditions. We will have to be on our A-game to compete and come out on the right side of the result against them,” said Domingo.

Ross Taylor: A Rajasthan Royals owner ‘slapped’ me
James Anderson: No-one else ‘will be stupid enough’ to play Test cricket past 40
Ben Stokes not going back to the drawing board as England return to Test arena
Fairbreak 2023 moves to April ‘in light of the increase in opportunities’ for women cricketers
Kieron Pollard, Trent Boult Among High-Profile Signings Of MI Emirates For Upcoming T20 League