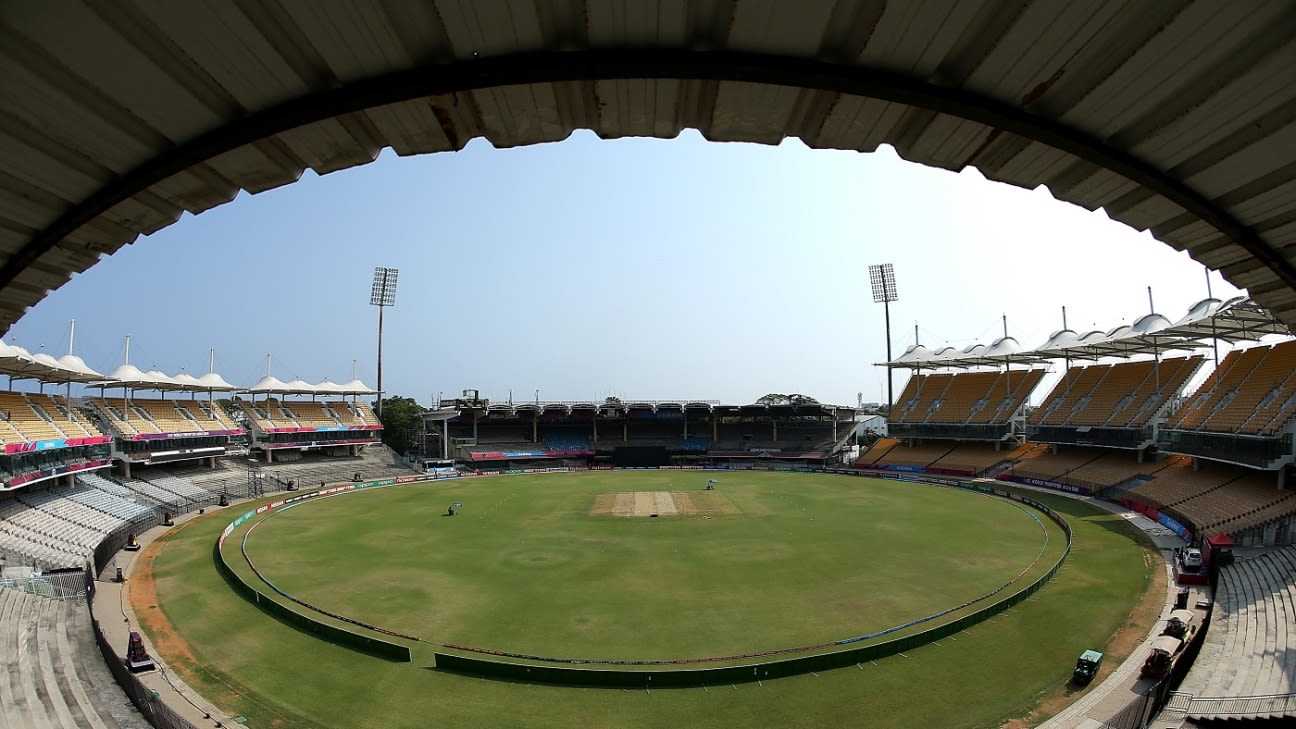 All members of the India and England Test squads have returned negative Covid-19 tests and have been cleared to exit their bio-secure bubbles to take part in training in the lead up to the first Test, starting in Chennai on February 5, even as the BCCI mulls the possible entry of spectators for the second Test, also scheduled to be held in Chennai.

It is understood that the Tamil Nadu Cricket Association (TNCA) has approached the BCCI to allow fans – at 50% of the ground’s capacity – during the second Test, starting February 13. It is also understood that media personnel would be allowed at the MA Chidambaram Stadium should the BCCI approve of crowd presence. Neither spectators nor media personnel were allowed at the seven venues where India’s only domestic tournament so far this season – the recent Syed Mushtaq Ali T20 Trophy – was held.

If spectators are indeed allowed, it would signal a change in course for both the BCCI and the TNCA, who had recently informed its members that the MA Chidambaram Stadium would not allow crowds for the two Tests. Although the Indian government has ruled that spectators can be allowed at 50% capacity for outdoor sports, the decision was said to be taken so as “not to take any kind of risk with the safety of the players”.

“For outdoor events, spectators will be allowed upto a maximum of 50% of the total capacity of the stadium,” the Indian ministry of youth affairs and sports had said on December 26 in a note, which was part of the “standard operating procedures and guidelines for conducting sporting competition in India in the Covid-19 environment”.

Nothing official has been communicated on the subject yet. “We are not going to comment on speculation. We are still waiting to hear from the BCCI in terms of their protocols for the forthcoming Test series,” a representative of the England touring party said.

The two teams have been in mandatory six-day quarantines after arriving in Chennai and are set to begin training at the end of that period. While England will train, as per schedule, from Tuesday afternoon, India will begin their preparations on Monday evening. A team statement on Monday confirmed: “The Indian Cricket Team completed their quarantine period today in Chennai. Three RT-PCR tests for Covid-19 were conducted at regular intervals and all tests have returned negative results. The team will have their first outdoor session today from 5:00 PM and nets sessions will begin from tomorrow.”