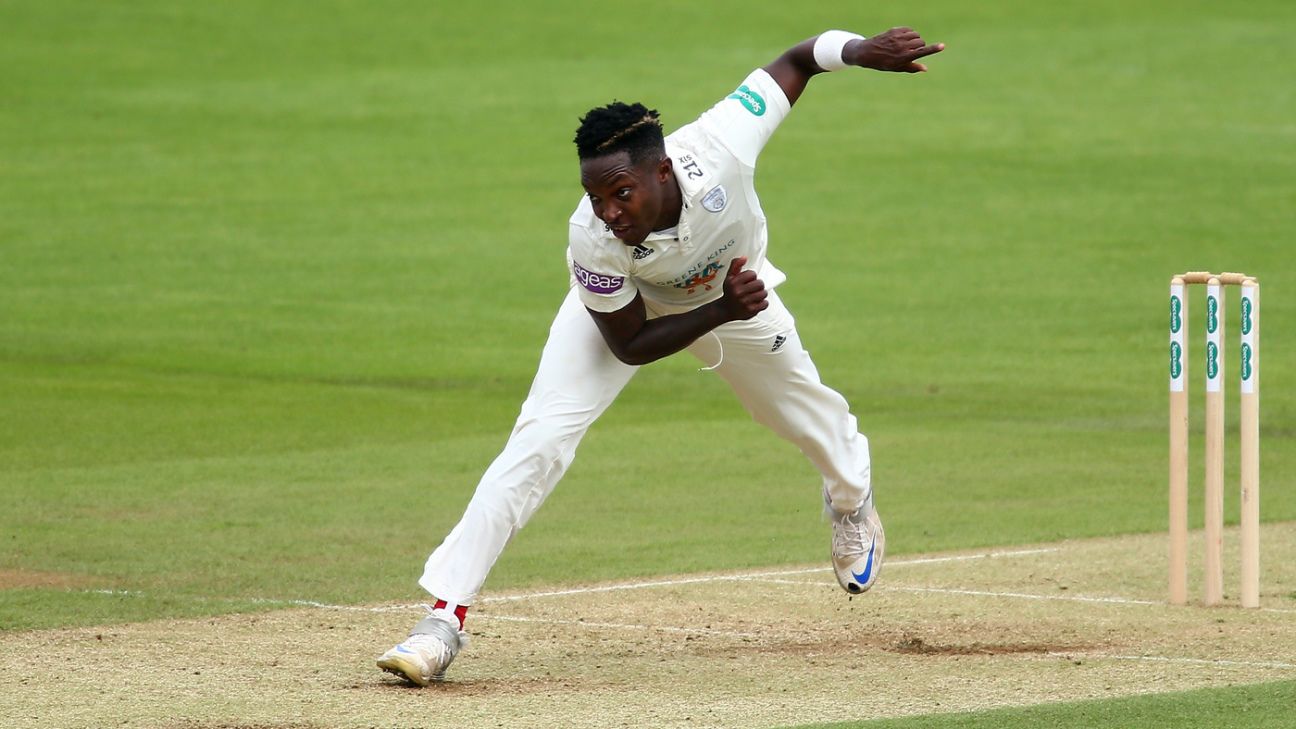 Fidel Edwards has made himself available for West Indies and hopes to return to international cricket for the first time in almost 10 years.

Edwards celebrates his 39th birthday this week and last represented West Indies in 2012. But, reasoning he is as fit now as he has ever been, he believes he could play a part in West Indies’ T20 World Cup campaign later in the year.

He also hopes he can secure a return to the IPL. He last played a match in the tournament in 2009 – he was part of the Deccan Chargers side that won the tournament – but will put himself into the auction this year.

“I have made myself available for West Indies,” Edwards, who is currently representing Delhi Bulls in the Abu Dhabi T10 tournament, told ESPNcricinfo. “I have spoken to Kieron Pollard and Phil Simmons and let them know that, if there’s any opportunity, I’m ready.

“Training has always been a big part of my game but, in the last 18 months or so, I’ve changed what I do and I’m the fittest I’ve ever felt.

“I’ve had my time in England and now I’ve made myself available to represent West Indies again. I think I did pretty well in the CPL and I’m keeping my fingers crossed.”

Edwards’ availability for both West Indies and the IPL is due, in part, to Brexit. The UK’s departure from the European Union has put an end to Kolpak registrations in the county game and means that Edwards, who signed such a deal with Hampshire in 2015, is free to play international cricket again. And while Kolpak registrations were theoretically entitled to play in the IPL, Edwards was obliged to remain available for Hampshire for the entire season and was not, therefore, free to enter the auction.

“I enjoyed my time at Hampshire, but that was a big part of me not playing in the IPL,” he says. “But now I’m not with them, my aim is to put my name back out there and hopefully get another chance to play. Anything is possible.”

Although few 39-year-old fast bowlers win top-level comebacks, Edwards does have some skills that West Indies – and some IPL teams, no doubt – may require. Not least, he can bowl in both the powerplay and at the death and he can still generate sharp pace. In the most recent CPL season, he was timed at over 148 kph (92 mph) and dominated the list of quickest deliveries in the tournament. He isn’t ruling out playing 50-over or even first-class cricket again, either.

“I still love the game,” he says, “and I’m still doing what I do best: bowling quickly and taking wickets. You never know what can happen. But if the opportunity comes, I’ll be ready.