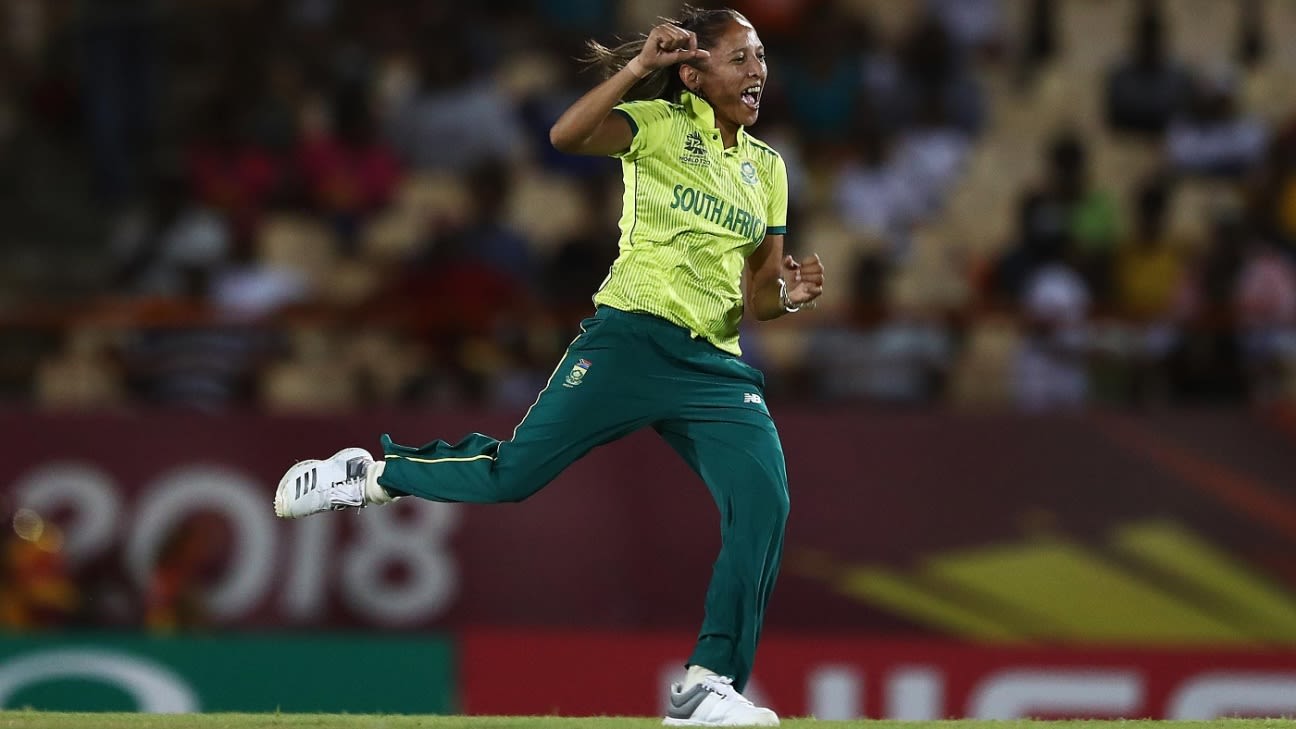 A second consecutive half-century from Tazmin Brits and career-best figures of 5 from 12 from experienced fast bowler Shabnim Ismail powered South Africa to a series win with an unassailable 2-0 lead in the three-match T20I series. Defending 133, Ismail and Marizanne Kapp reduced the visitors to 20 for 4 in the sixth over before middle and lower-order contributions from Kainat Imtiaz, captain Aliya Riaz and Ayesha Naseem took Pakistan past 100, but they fell 18 runs short.

Opting to bowl, Pakistan opened with left-arm spinner Anam Amin who took a return catch to send back Lizelle Lee for 6 in the fifth over, and along with medium-pacers Diana Baig and Aiman Anwer, she hekped restrict the hosts to 43 for 2 at the halfway mark. Brits and Laura Wolvaardt then collected 16 runs off Riaz in the 12th over and even though Wolvaardt fell to Nashra Sandhu for 13, Brits combined with the middle order to smash 49 off the last five overs, with five fours and two sixes. Brits eventually fell in the last over but her 66 off 58, studded with eight fours and a six, powered the hosts to a challenging total.

Pakistan went off track in the chase early with their top four contributing 4, 2, 1 and 0 as Ismail and Kapp hit the stumps thrice within the first six overs. Kapp set the tone by starting the innings with a maiden before Ismail had Muneeba Ali caught behind and bowled Nida Dar off consecutive balls in the fourth over in a new-ball spell of 3-0-9-3.