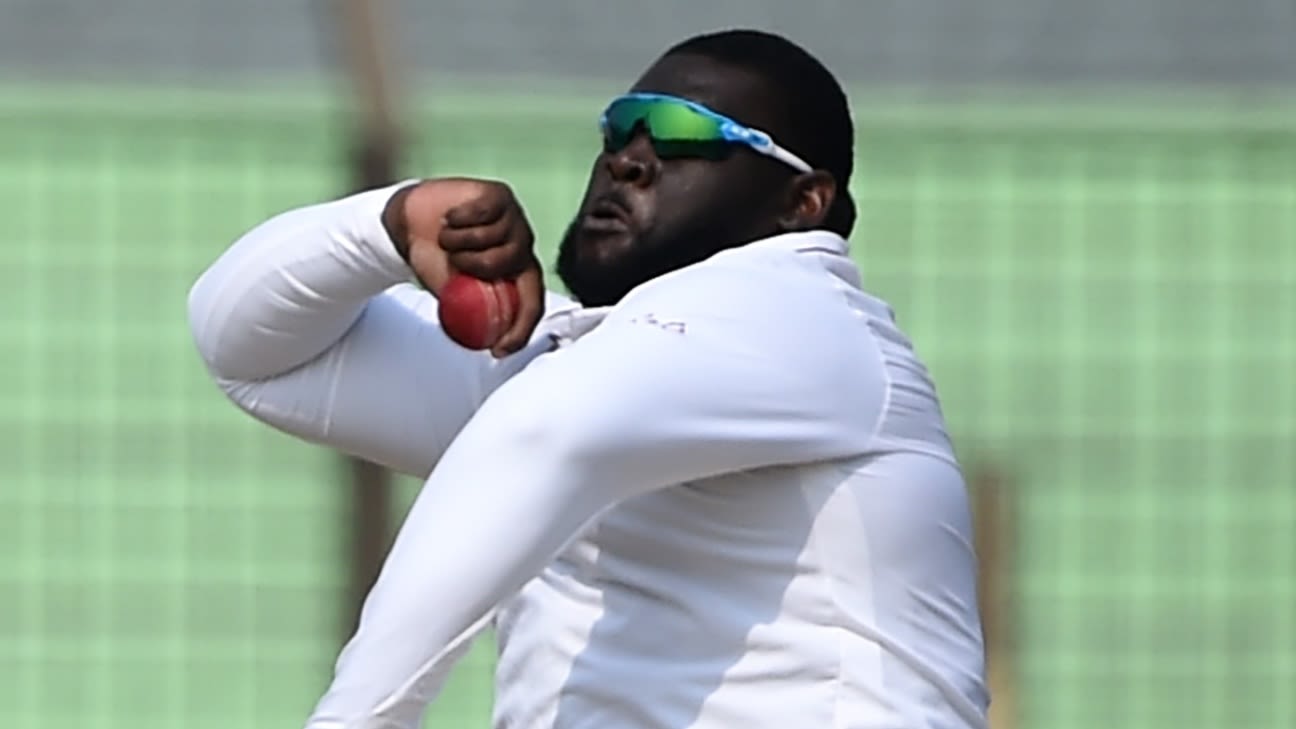 West Indians had their best day on the tour on the second day of their three-day warm-up match against the BCB XI. After bowling out the home side for 160 with the help of Rahkeem Cornwall‘s five-wicket haul, they proceeded to post 179 for 5 at stumps and took their lead to 276.

Nkrumah Bonner, who had a wretched time like the rest of the batsmen during the ODI series, was unbeaten on 80. He struck 12 fours in his 131-ball stay, while John Campbell struck nine fours in his 68 off 98 balls.

The pair got together in the first over of their second innings, after Shayne Moseley fell for a duck, and went on to add 130 for the second wicket. Jermaine Blackwood, Kyle Mayers and Kavem Hodge fell cheaply but Bonner has Joshua Da Silva for company when they start the third day.

Saif Hassan was a surprise with the ball, picking up 2 for 32, while Khaled Ahmed, Mukidul Islam and Tohwid Hridoy picked up one wicket each.

The BCB XI’s batting line-up is considerably strong, so the visitors would be pretty happy with their showing. Their batsmen, at least Bonner and Campbell, also have got runs under the belt.