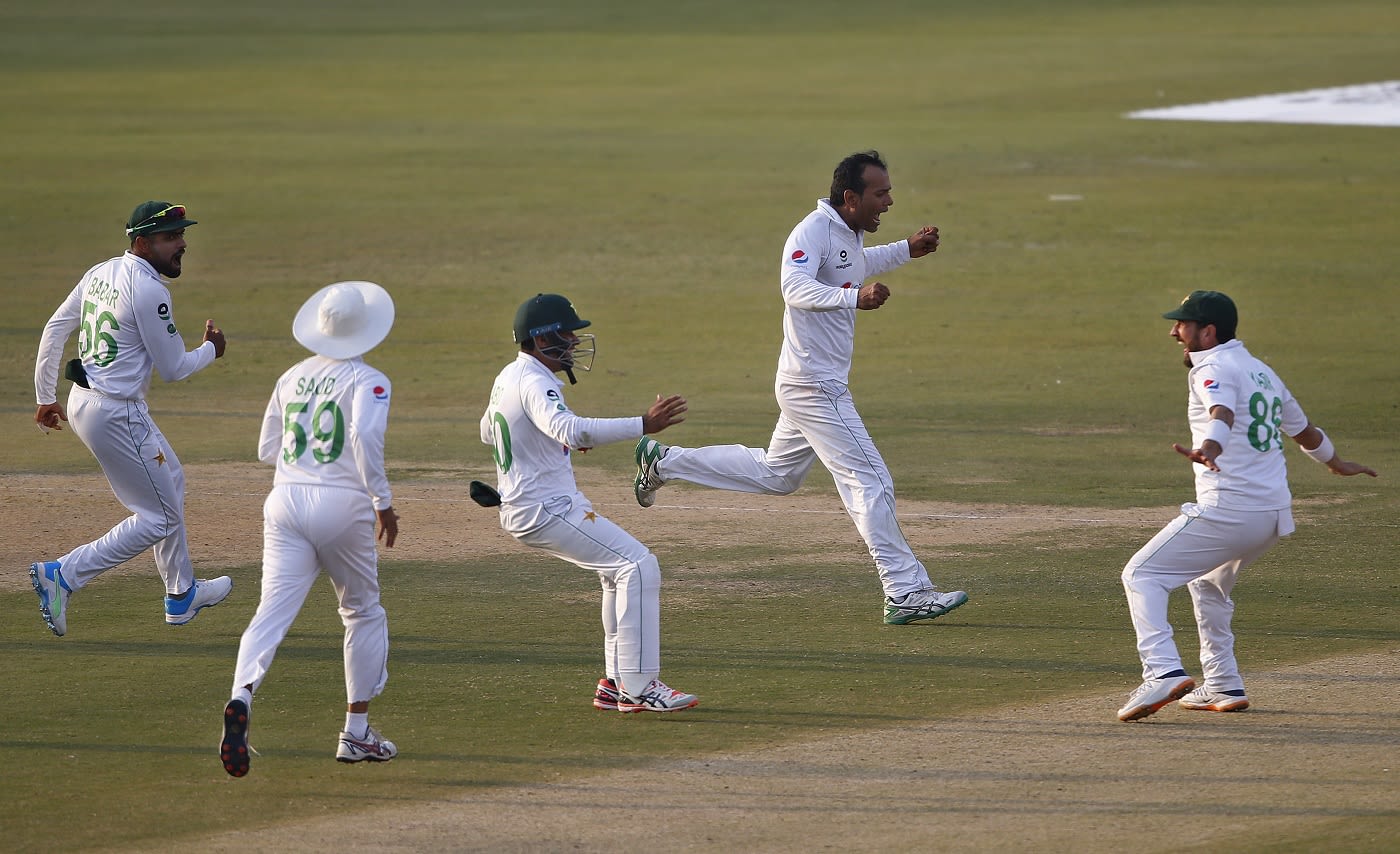 Pakistan were on the cusp of a 1-0 lead after a spectacular South African collapse, supercharged by a five-wicket haul for debutant Nauman Ali, left them needing just 88 to win. After a late flurry of wickets on Thursday, South Africa failed to arrest the slide as Yasir Shah and Nauman made hay. South Africa managed just 58 on top of overnight’s score, with 40 from Temba Bavuma the only source of resistance. Even so, it looked set to be in vain, with the home side requiring 66 more to register only their fifth Test win against South Africa.

Hasan Ali began proceedings by getting rid of nightwatchman Keshav Maharaj off the day’s first ball, one that kept slightly low to breach Maharaj’s defence. Captain Quinton de Kock, who looked unlike himself during his scratchy little stay at the crease, became yet another victim to Abid Ali at short leg off Shah.

South Africa will likely be left to rue two batting collapses this Test, but the manner in which Bavuma, who has had his struggles of late, dug in, there is encouragement to be found. On a raging turner, he found a balance that allowed him to score while neutralising the threat. Alongside George Linde, he struck up another handy little partnership to go with their 42-run stand in the first innings. The sweep shot was used cleverly, pushing back the close-in fielders, and it was to Bavuma’s credit that Shaheen Shah Afridi looked somewhat flat with the new ball for a change. Slowly the lead pushed past 75, and South Africa sniffed hope once more.

It was, though, extinguished by another rush of breakthroughs as the second collapse of the innings was initiated when Linde’s inside edge was plucked superbly by Imran Butt at leg slip. The batsmen that followed put up little resistance. Nauman spun one through the gate when Kagiso Rabada tried an extravagant cover drive, and completed his five-for when he trapped Bavuma in front, the sweep for once failing him.

With Abid and Butt looking steady in an awkward little spell before lunch, South Africa’s hopes of pulling a rabbit out of the hat are fading fast.