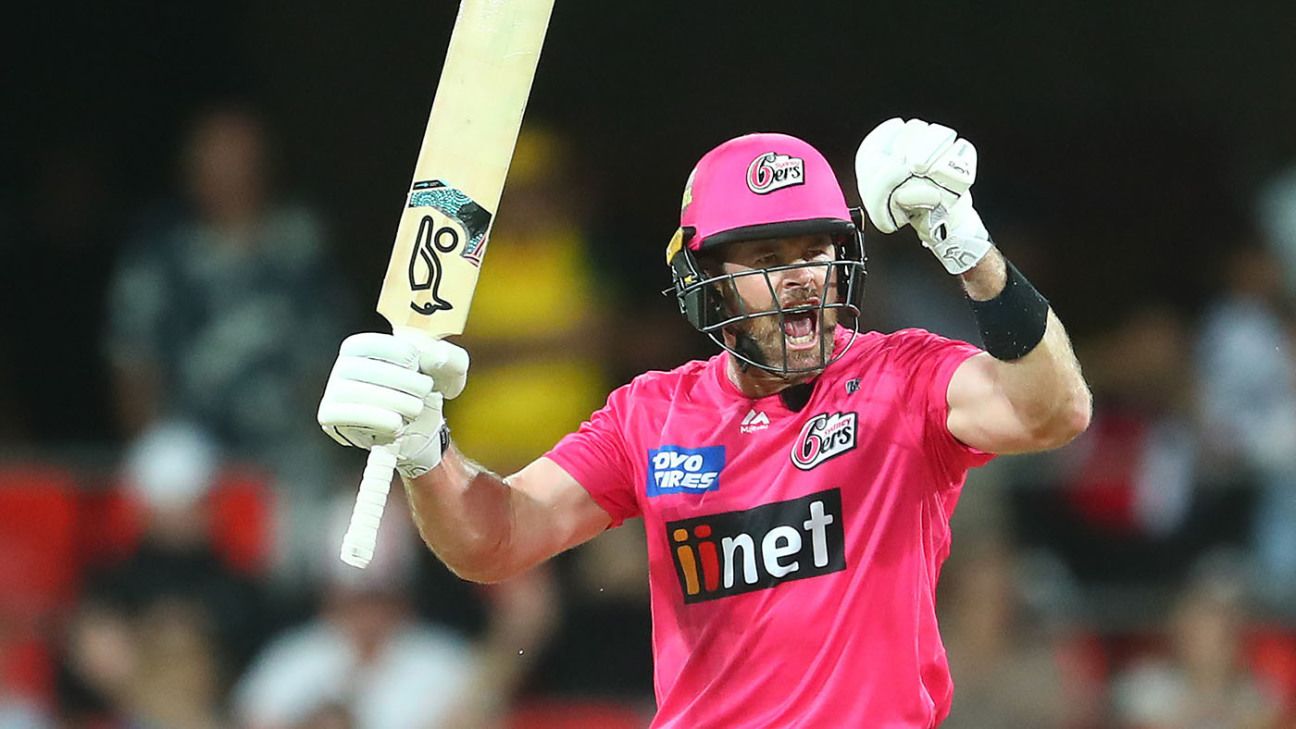 Dan Christian has not shut the door on representing Australia again after hitting what he believed was career-best form for the Sydney Sixers.

Christian joined the Sixers from the Melbourne Renegades, whom he had helped win the title in the 2018-19 season. Although run tallies in the BBL are skewed by the growth of the competition, his average of 36 this campaign is his second best after 2013-14. Christian’s strike rate of 186.66 is far and away his highest in any edition of the tournament and his second best for any league behind the 194.05 he struck at in the 2018-19 Mzansi Super League.

Christian, 37, last played for Australia in 2017, a career that includes 19 ODIs and 16 T20Is. Having been overlooked for the expanded squads of the Covid-19 era, his time would appear to have gone; but he believes he as “a lot of cricket left in me”.

“For sure, I’d still love to be playing in that Australian side,” he told reporters in Canberra. “If the opportunity arises, great. But one of the things I’ve focused on is just win games and competitions. That’s the currency for playing at the next level. If you are doing that, you will get noticed. Certainly found that in my days at Victoria when we were winning all those Sheffield Shields.”

Christian has enjoyed the new challenge after changing clubs, also taking 13 wickets alongside the runs he has scored following a lean last season with the Renegades. When asked if he’d ever played better, he said: “Probably not, it’s hard to remember… particularly in the Big Bash, I’ve had similar runs of form in other competitions – particularly in England – but over here probably been my best ones.

“I didn’t look at changing anything, was probably more the fresh start and confidence of being in a new group. Still feel I have a lot of cricket left in me despite being 37.

“I’ve been playing really well in England in the last few years, and the great thing about being in this Sixers side is I’m playing a very similar role – that bowling role in the middle, a bit at the death, then batting-wise coming in around 10-12th over and finishing off things. Feel that’s where I play my best cricket so nice to do that for the Sixers.”

Christian will be part of the Sixers side taking on the Perth Scorchers in the Qualifier final in Canberra on Saturday with the prize being a direct route into the final on February 6.

He hopes that conditions at the Manuka Oval, which will host the match due to the ongoing border restrictions impacting Sydney, are similar to when the two sides met a couple of weeks ago when Christian took 2 for 22 from his four overs to pull back a rapid Scorchers to the extent that the chase was a cruise.

“Hopefully it plays pretty similar to what it did last time,” he said of the pitch at the Manuka. “Generally how we’ve played a lot of our stuff, pace off from our spinners and our medium pacers have been really successful, as long as it’s different to what they have at the Optus [Stadium in Perth] because they are brilliant on the fast, green wicket.”