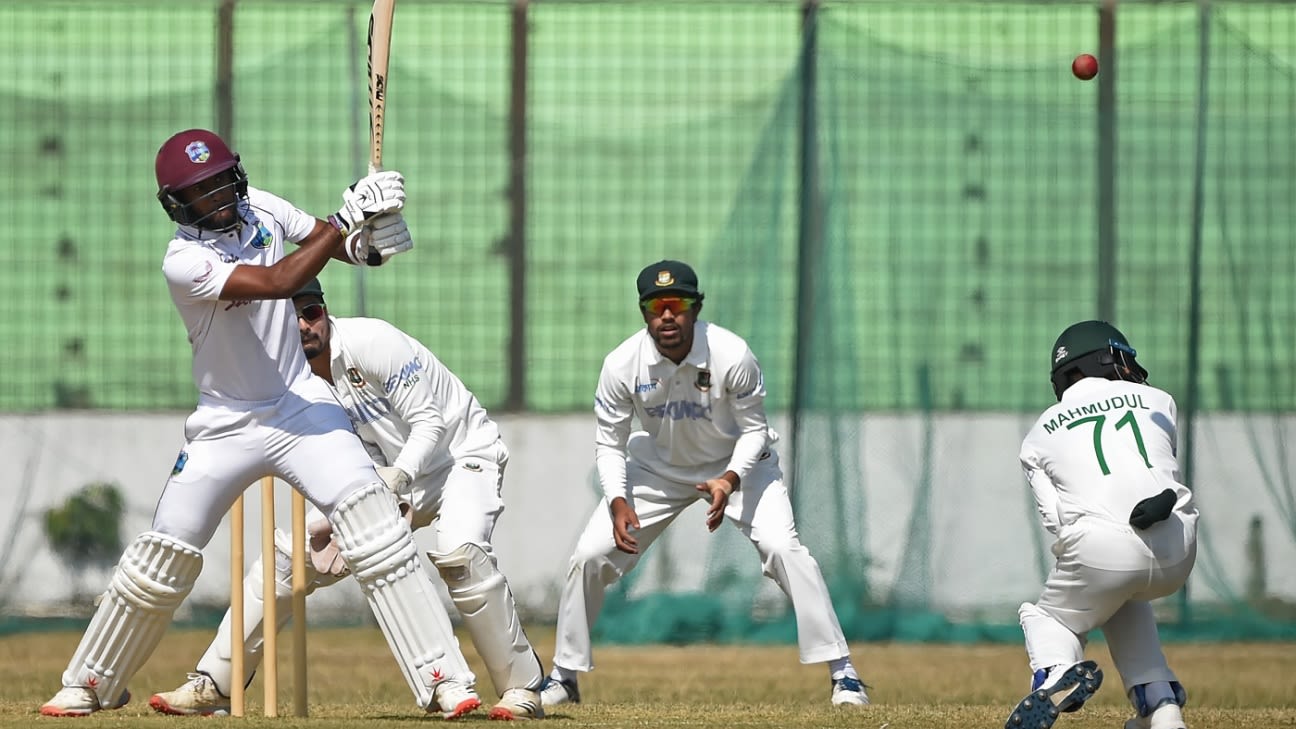 West Indies captain Kraigg Brathwaite struck 85 but the rest of the visitors’ batsmen struggled against the BCB XI on the first day of their three-day warm-up game at the MA Aziz Stadium in Chattogram. Brathwaite lasted 187 balls to hit ten fours as he showed typical doggedness on a mostly slow pitch.

Brathwaitte added 67 for the opening wicket with John Campbell who struck seven fours in his 44 off 73 balls. But from 110 for 1, the West Indians slipped to 131 for 5 as the middle-order of Shayne Moseley, Nkrumah Bonner, Jermaine Blackwood and Kavem Hodge got out cheaply.

Moseley and Hodge are newcomers who were playing their first innings on tour, while Bonner, who made only 2, had earlier played in the ODI series. Blackwood, who is billed as one of the batting mainstays in this West Indies side, scored only 9.

It was only after Joshua da Silva, Kyle Mayers and Alzarri Joseph made scores of 20, 40 and 25 that the visitors got past the 250-run mark.

For the BCB XI, legspinner Rishad Hossain took five wickets while pacer Khaled Ahmed picked up three. The other two were picked up by Saif Hassan and Shahadat Hossain. They kept the home team strategy of not playing any left-arm spinners against the visitors in the warm-up game.

Later, the BCB XI openers Saif and Shadman Islam ensured they went to stumps without any losses, ending with 24 for 0 having batted for eight overs.