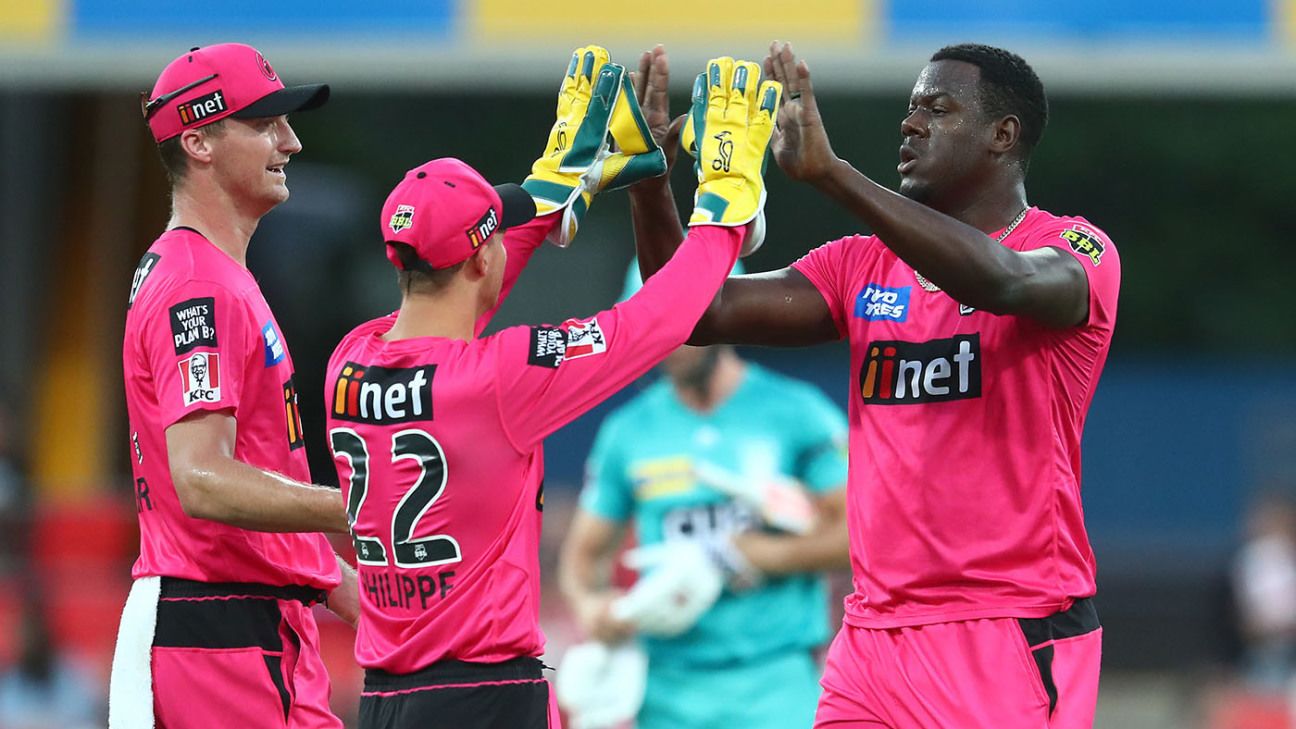 After a 56-match regular season where the last finals position was not decided until the last game, the five teams that will compete for the BBL title have been confirmed, along with the fixtures which will continue to navigate Covid-19 border restrictions.

Sydney Sixers topped the table after securing the Bash Boost – and then victory – against Melbourne Stars and normally would earn a home Qualifier final. However, due to ongoing border restrictions around Sydney, the game will be played in Canberra which has been nominated by both the Sixers and Sydney Thunder (who will host the knockout on January 31) for their home finals.

The Sixers will play Perth Scorchers on January 30 with the winner heading straight into the final on February 6. The loser gets a second chance in the Challenger on February 4.

Brisbane Heat and Adelaide Strikers, the final team to have their name locked in when the Sixers earned the Bash Boost against the Stars, complete the teams in the finals series and will play the Eliminator on January 29. For a team to take the title from fourth or fifth place, they will have to win four matches in row.

The venues for the Challenger and Final next month have yet to be confirmed, with Cricket Australia continuing to monitor relevant border restrictions. However, it’s understood there are plans for the Scorchers to be able to host either the Challenger or Final in Perth depending on the result against the Sixers with the use of Canberra for the Qualifier easing the way logistically.

“We now move to the Finals series and extend our congratulations to the Sixers, Scorchers, Thunder, Heat and Strikers on their performances so far this season,” said BBL head Alistair Dobson.

“We’d also like to acknowledge the Hurricanes, Stars and Renegades whose understanding, flexibility and commitment allowed us to execute a full season under the extraordinary requirements that come with sport in the current climate.”

Here’s a recap of how the final set of matches played out on Tuesday.

Mitchell Marsh threatened to steal the game at the end but the five wickets shared between Marnus Labuschagne and Mitchell Swepson proved decisive as the Heat secured the four-point win they needed.

Zak Evans took a five-wicket haul as the bottom-placed Renegades ended the Hurricanes’ tournament by defending 150 – a total that appeared out of reach when they were 4 for 49.

Once the Sixers earned the Bash Boost that was all that mattered in terms of the table – they restricted the Stars to 72 at that point – but they topped the league in style as Dan Christian and Jordan Silk secured the chase with one ball to spare.

“There’s Never A Need To Talk To Him”: Shubman Gill On India Star After 2nd ODI
1st ODI Highlights | Sri Lanka vs Afghanistan
Ross Taylor returns for opening round of Ford Trophy
Shakib Al Hasan returns to Bangladesh squad for ODIs against India
Holder urges West Indies quicks to not get ‘carried away seeing carry and bounce’ in Perth