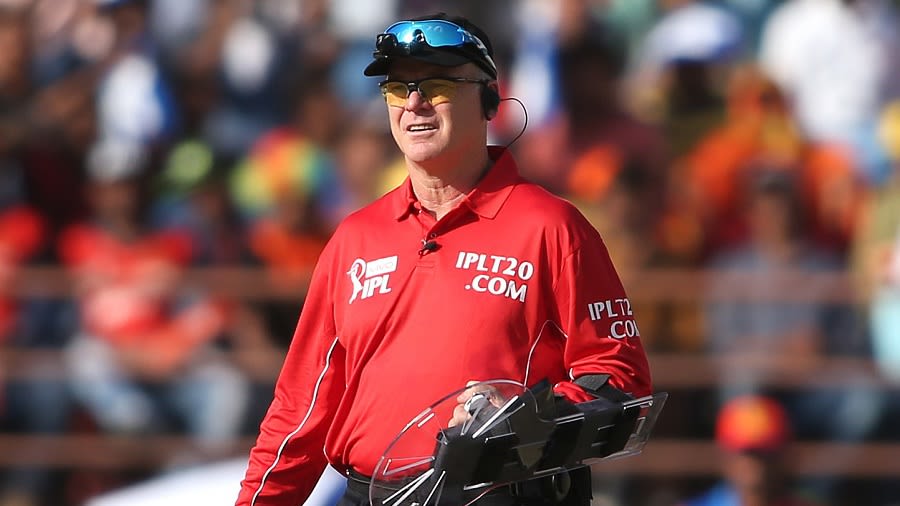 The Australian was part of the ICC Elite Panel since 2012

Bruce Oxenford, 60, has decided to retire from all formats of the game, thereby bringing an end to a 15-year international umpiring career.

The last of his 62 Tests was the recently-concluded Australia vs India match in Brisbane. He will, however, continue to officiate in domestic fixtures in Australia.

Oxenford, who was inducted into the ICC’s International Panel of umpires in 2007-08, was promoted to the Elite Panel in 2012. He pioneered the use of the arm shield as protective gear for umpires in international cricket.

“I had a wonderful time as a match official and will miss the camaraderie that comes with being a part of such a professional group,” he said in a statement. “I shall particularly miss seeing and interacting with the magnificent people who are part of the support structure of our game around the world.”

Oxenford is one of six Australians, after Daryl Harper, Darelll Hair, Simon Taufel, Rod Tucker and Steve Davies, to stand in at least 50 Tests. Overall, only 16 umpires have officiated in 50 or more Tests. He stood in three 50-over men’s World Cups and three T20 World Cups, apart from officiating in two global women’s tournaments.

“I look back with pride at my international career as an umpire,” he said. “It is still hard to believe that I officiated in close to 200 international matches. Such a long career was not really something that I had hoped for before commencing on this journey.

“Most importantly, I want to thank my wife Jo, son James and daughter Kristen for all their love and support over the years. It would not have been possible for me to have such a long career without their sacrifices and for this I am eternally grateful.”

During his playing days, he featured in eight first-class matches for Queensland as a lower-order batsman and legspinner.