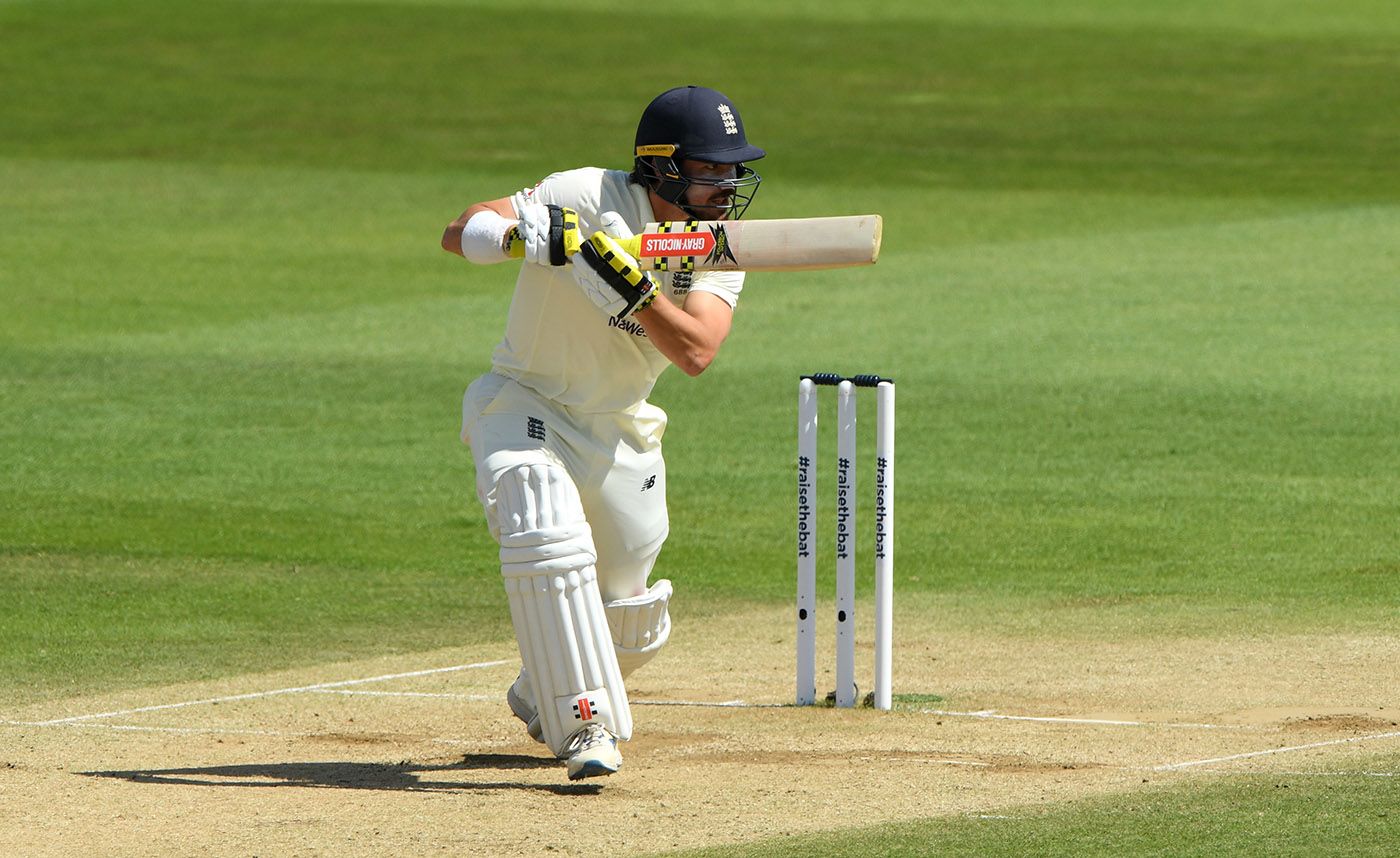 If ever there was proof that cricket is a mental game, then Rory Burns is banking on showing it in the coming weeks in India, as he prepares to make his case for a return to England’s Test team following the birth of his first daughter Cora, despite not having played a first-class fixture since the beginning of September.

Burns and his fellow late arrivals, Ben Stokes and Jofra Archer, touched down in India on Monday, just as their England team-mates were wrapping up their 2-0 series win in Sri Lanka. The trio are expected to get their first opportunity for outdoor training at Chepauk Stadium on Sunday, five days out from the first Test against India – a team whose recent victory in Australia underlines the magnitude of the challenge that England are set to face.

It’s hardly ideal preparation, but then there’s little about the current Covid-influenced climate that is. And until his mandatory six-day quarantine period has elapsed, Burns accepts he will have to make do with shadow-batting in front of his hotel-room mirror, while keeping his mind active with some exploratory dabblings in a psychology course – one that he says may or may not form the basis of a post-cricket career.

“Psychology in cricket has always been an interest of mind, so I’m just dipping my toe in to see if I want to pursue it further,” Burns said during a media Zoom call. “It helps to keep you fresh and get your mind away from cricket, so that I don’t just sit there and stew about the game and things going on in the world. Because if 2020 wasn’t a humbler for people, then I don’t know what will be.

“But I can’t wait to get going,” he added. “I’ve literally got a bat in front of the mirror. I’ve not gone the full Steve Smith and whited up yet, but just having the bat in hand makes me hungry to get going. It’s coming down alright, so hopefully that translates.

“It’s obviously a challenge, but there’s not much we can do about that schedule. If you waste time thinking about that, it’s probably not going to do you any good.”

And while Burns acknowledged that sitting out of the Sri Lanka tour for the birth of his daughter had been a “double-edged sword” in terms of asserting his status as England’s first-choice opening batsman, he added that the sense of perspective that comes with becoming a father for the first time was something that he would not swap.

“It’s a strange feeling, but if you’re going to miss it for anything, the birth of your first child is one thing you would do it for,” Burns said. “It’s a pretty momentous occasion, isn’t it? She just makes me emotional looking at her, so the fact I’ve got a little girl to go and play my cricket for now, it’s a nice little perspective difference.”

Even so, his paternity leave does now mean that Burns – until recently considered to be England’s most bankable opening batsman since the retirement of Alastair Cook – has missed each of England’s run of five consecutive overseas Test wins.

His absences began at Cape Town last year, when he suffered ankle ligament damage during a warm-up game of football ahead of the second Test against South Africa, and though he returned to the side for the English summer – and contributed a crucial pair of half-centuries to help turn the series against West Indies – his most recent England scores are a run of 4, 10, 0 and 6 against Pakistan in August.

“Covid lent itself to that,” Burns said. “It’s been a stop-start year for everyone, not just myself.

“I jumped back in with Surrey straight after the England summer and we had a decent T20 run,” he added, after helping his club to the final of the T20 Blast at Edgbaston. “It was good fun just to hack into the white ball and not worry about the red ball as much. But the break and refreshment, and new perspective, that fatherhood brings, it’s been nice to have a bit of time at home to spend with the wife, and then come back and be ready to go now.”

Due to the demands of new parenthood, Burns found himself watching more of India’s Test series in Australia than England’s early-morning exploits in Sri Lanka, but he saw enough from two of his team-mates in particular, Joe Root and Dom Sibley, to know what combination of technical and mental prowess he’ll need to find to succeed on such a tough tour.

“Joe obviously leads from the front,” Burns said, after his haul of 426 runs in Sri Lanka, including two big hundreds in each Test. “Some of the sessions I saw him bat, it was pretty incredible watching him go about his business.

“He’s a leader by example, in terms of how he captains the team and how he wants people to go about their batting, so he’s an easy bloke to follow. We’re very fortunate that we’ve got Joe and Stokesy, people like that. You can’t help but learn from them.”

And that is very much what Sibley set out to do in Galle, where he overcame a grim haul of six runs in three innings by tweaking his technique mid-match and grinding out an invaluable unbeaten half-century.

“I messaged Sibs straightway, and told him how well he played,” Burns said. “We’ve got three days [in India] to put in our work and try and get used to conditions, so it’s a mental switch really, like Sibbers from innings one to innings two in that last innings in Sri Lanka.
“He managed to switch his mental approach and it worked out for him, so I guess that’s the challenge. Fortunately, I’ve been around a little while now so I’ve got some experience to draw on.”

Ollie Pope embraces senior status after taste of England leadership
‘It gives us a breather but it’s not the ultimate goal’ – Tamim on Bangladesh’s World Cup qualification
Starc: I have a pretty good relationship with Langer
Hurraira 221, centuries from Amin and Waheed give Northern total control
‘We enjoy confrontation as a group’ – Elgar’s South Africa brace for ‘feisty’ tour of Australia