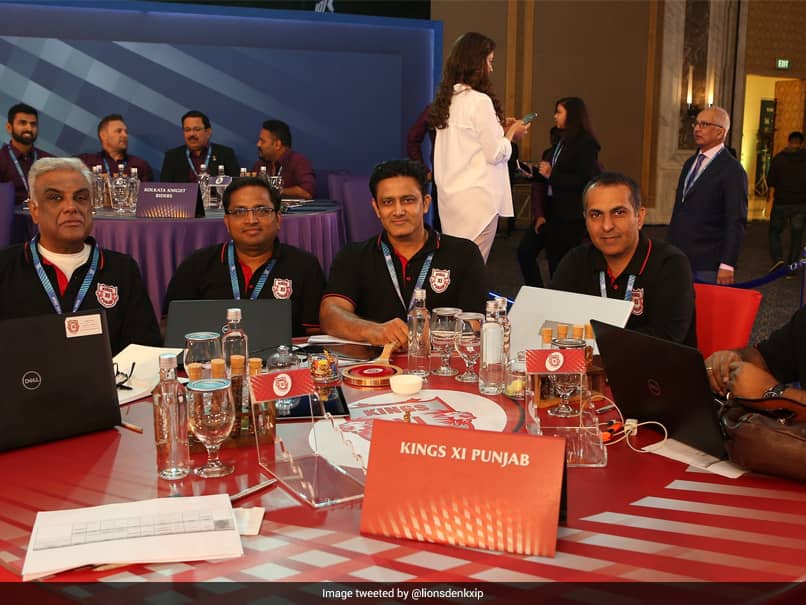 The player auction for Indian Premier League 2021 will be held on February 18 in Chennai.© Kings XI Punjab/Twitter


IPL franchise owners attending the player auction ahead of Indian Premier League 2021 on February 18 in Chennai will not be required to undergo any mandatory quarantine but will have to return two negative COVID-19 tests. The trading window ahead of the auction will close on February 11. Franchise owners and team representatives will be required produce a negative result on a COVID-19 test done 72 hours before auction day and then take another test upon their arrival at the venue.

After the player retention deadlines ended on January 20, the IPL announced on Wednesday that the mini-auction ahead of the 14th edition of the league will be held on February 18.

“Please note that the team members attending the player auction in Chennai will need to do a RT-PCR test 72 hours before the auction date and submit the negative report,” BCCI CEO Hemang Amin was quoted as saying by Cricbuzz in an email to the IPL franchises.

“Further, there will a test done in Chennai at the venue for the members attending the auction, details of which will be shared in due course,” the letter read.

The email said the trading window for players will close on February 11.

“The trading window will remain open till seven days prior to the auction date and will close on 11th February 2021 at 5:00 PM (IST),” the email read.

Several overseas and Indian players were released by their respective teams ahead of the auction, including Steve Smith, Glenn Maxwell, Aaron Finch, Harbhajan Singh and Moeen Ali among others.

Smith was let go by Rajasthan Royals after he led them in IPL 2020 where Rajasthan finished at the bottom of the table. Sanju Samson was named the new captain of the team.

Maxwell was released by Kings XI Punjab after a poor show with the bat last season.

Ponting: Suryakumar is a bit like AB de Villiers
Fairbreak 2023 moves to April ‘in light of the increase in opportunities’ for women cricketers
Ben Stokes not going back to the drawing board as England return to Test arena
De Kock, Holder, Mayers, Topley, Subrayen picked by RPSG-owned Durban franchise
Injured Washington Sundar in doubt to play Zimbabwe ODIs