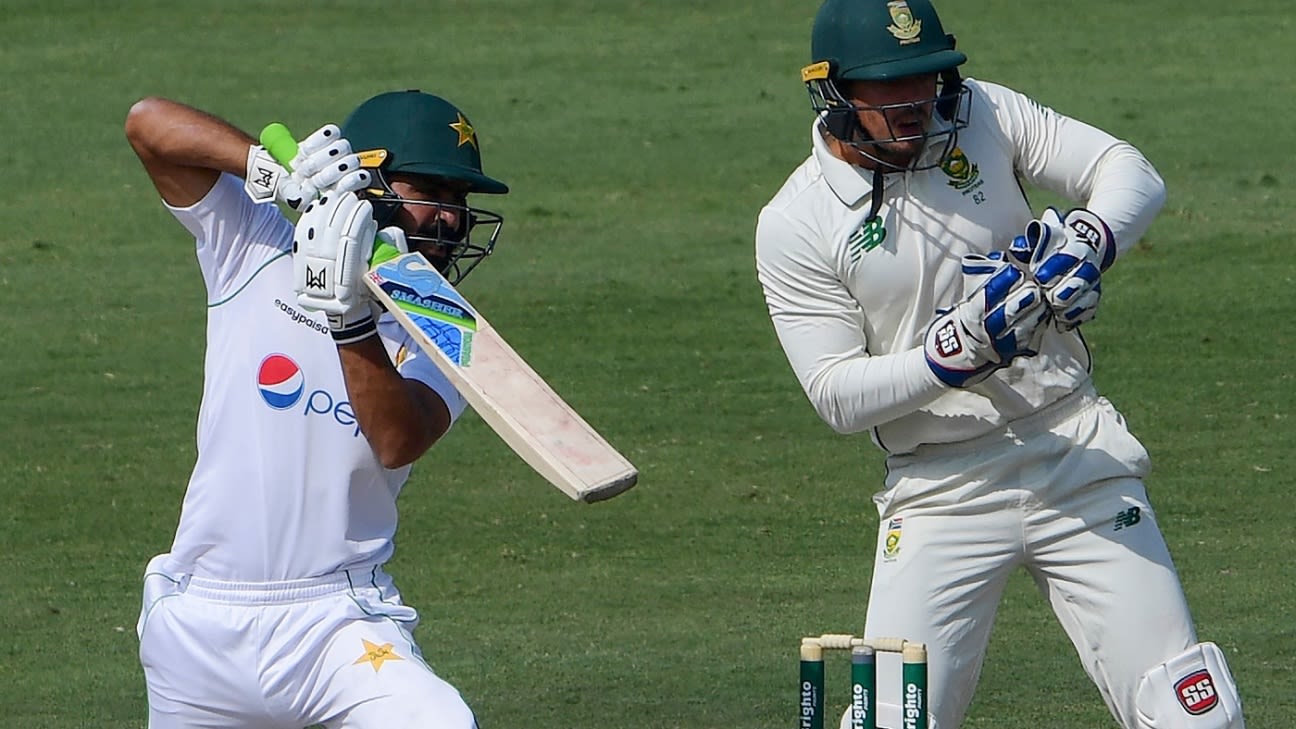 Between 2009 and 2020, Pakistan have had as many as seven chief selectors. The common strand: none deemed Fawad Alam good enough to be picked for the national team despite his stellar domestic performances, season after season. During this 11-year hiatus from international cricket, Fawad made 26 first-class centuries and 33 half-centuries, amassing 7965 runs at 56.48.

As many as 40 caps were handed out, and Pakistan played 88 Tests in this period. But the reason why Fawad couldn’t get a look-in was because of perceptions about his technique. That he was vulnerable and that the presence of a packed middle order in Misbah-ul-Haq, Younis Khan, Azhar Ali and Asad Shafiq meant there was no opening.

He was eventually recalled after 11 years in August 2020, during the tour of England. Six months on, he’s now made a second hundred in the space of three Tests. On Wednesday, Fawad made a century in his home ground, and was asked later about this long wait. His answer exuded maturity of someone, who at 35, has made peace with how things have panned out.

“I’ve never blamed anyone,” he said. “I have always been saying that fate had this for me. That if it was in my destiny, then nobody could have taken it away from me. I was only focusing on doing well in whatever opportunities I get to the fullest, even if its domestic cricket.

“Cricket is our bread and butter and like they says in Allah’s home, there is delay but no denial. I don’t think about the 10 years going to waste. How can I say all the runs and records made in domestic cricket went in vain? I’ve got enough respect and I want to redeem myself in whatever time I’ve left in cricket. Maybe I may get more success than what I’ve earned, so I can’t complain and I’m happy about the success.”

Despite coming back after 11 years, Fawad was nearly dropped again despite the runs and records. He may have not made the New Zealand tour, but he somehow did. And he showed his steely resolve in making a gutsy hundred against some hostile fast bowling in the second Test in Mount Maunganui. This hundred against South Africa may have been all the more special, because it came at home, and also because he rescued the side from a precarious 33 for four.

“My two bad innings in England, I felt I could have been dropped for them but he (Misbah) didn’t loss his faith in me and kept on encouraging me,” Fawad said. “He knew the potential in me and gave me another chance in New Zealand, so this specific support from the coach, lifts you up and then that is the confidence you takes to the crease.

“When you are told that you are the one and you have to do it, then it gets easier. These little positive things from management can make a big difference and then you be able to focus on your game properly.”

Fawad played the anchor’s role, putting together key partnerships with Azhar Ali (94 off 228 balls), Mohammad Rizwan (55 off 113) and Faheem Ashraf (102 off 152) to overhaul South Africa’s 220 and give Pakistan hope of a sizeable lead and thereby a good chance of victory.”Its early to envisage the victory but we got us in a good situation,” he said. “We have a good chance if we managed to get 130-150 runs lead.”

As for the hundred, he felt “on top of the world.” And continued: “The runs I scored were needed for the team and it is really good that I was able to deliver. From 33 for four last evening, you can imagine what was on my mind all night. it was tough situation and team needed a partnership to bring stability. We wanted to go as deep as possible so that we idon’thave to score a lot of runs in the fourth innings.”