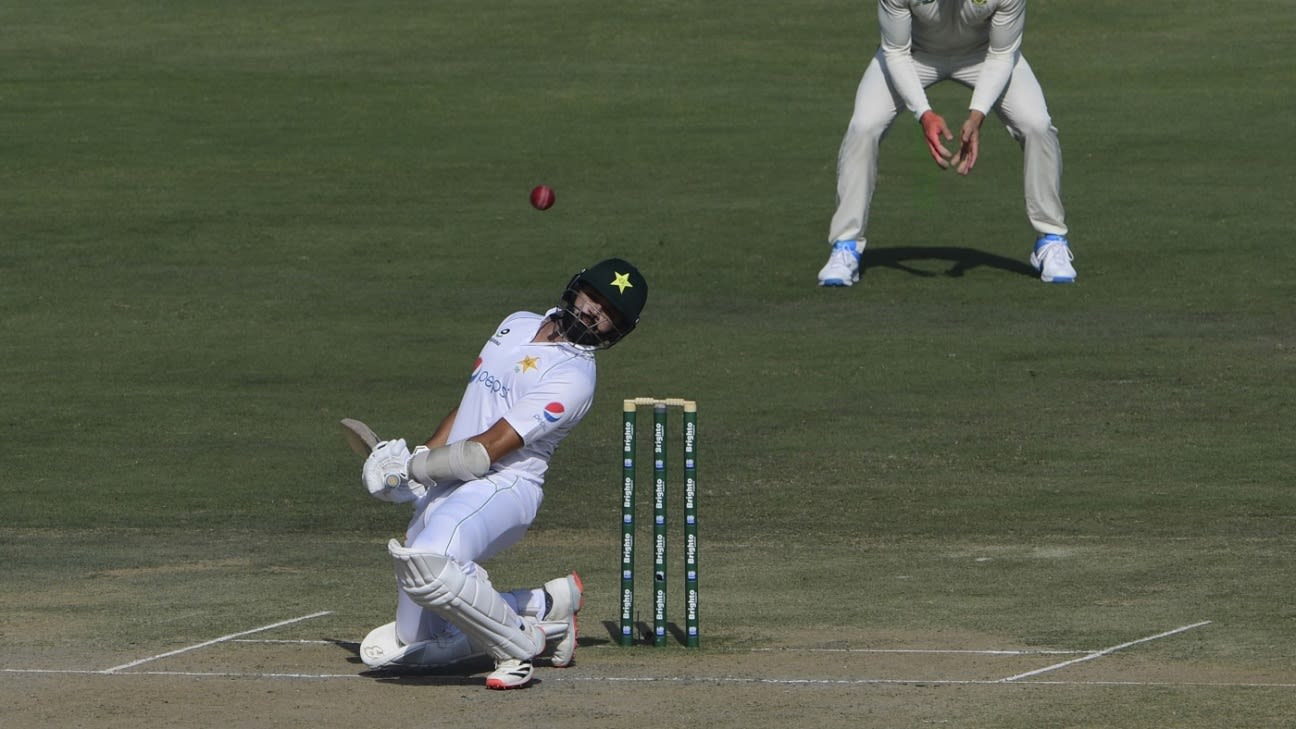 Perhaps if the bowling isn’t at near superhuman level and the batsman aren’t desperate to gift their wickets away, the Karachi pitch doesn’t quite hold that many demons after all. In the most sedate, event-free session of the first Test so far, Azhar Ali and Fawad Alam went about demonstrating that point against both seam and spin, never seriously menaced by any bowler on the second morning.

With Pakistan just 116 runs away from South Africa’s total without any further loss in the first session of the second day’s play, this see-saw battle swung the hosts’ way once more, as South Africa’s bowlers were left to ponder how to reinstate the danger that so effectively hobbled Pakistan in the final session on Tuesday.

Following the frenzy of last evening, Pakistan were clear in their minds about the task that lay ahead, and set about it with the sort of calm that had been so distinctly absent in the dying stages of day one. There wasn’t as much variable bounce for either Kagiso Rabada or Anrich Nortje to exploit, and once a couple of early jitters were seen off, the home batsmen’s comfort and confidence at the crease began to grow. A loose over from Nortje saw Pakistan take ten runs that brought up their fifty, and from there on, the task of accumulation and survival became somewhat more straightforward.

There was never any panic even when the runs dried up, and once the spinners were introduced, the pair of Ali and Alam appeared to have a more assured plan of handling them than their South African counterparts had been 24 hours earlier. There were no low-percentage attacking shots, and they played both Keshav Maharaj and George Linde on merit rather than on pre-conceived notions of the tricks the pitch would play with those deliveries.

Maharaj was the bowler who continued to look most likely to break through, responsible for giving both batsman a somewhat uncomfortable moment each this morning. Ali was a little fortuitous to survive an lbw shout on the technicality that there was no way of knowing whether it struck bat or pad first, while an edge from Alam just missed Dean Elgar’s hands at first slip.

But the fact that these are worth mentioning as the most salient moments of encouragement for South Africa perhaps makes the point that there wasn’t much to be excited about. The bowlers will need to give the Pakistan pair more to fret about post-lunch, or South Africa’s total of 220 in the first innings might end up looking below-par.