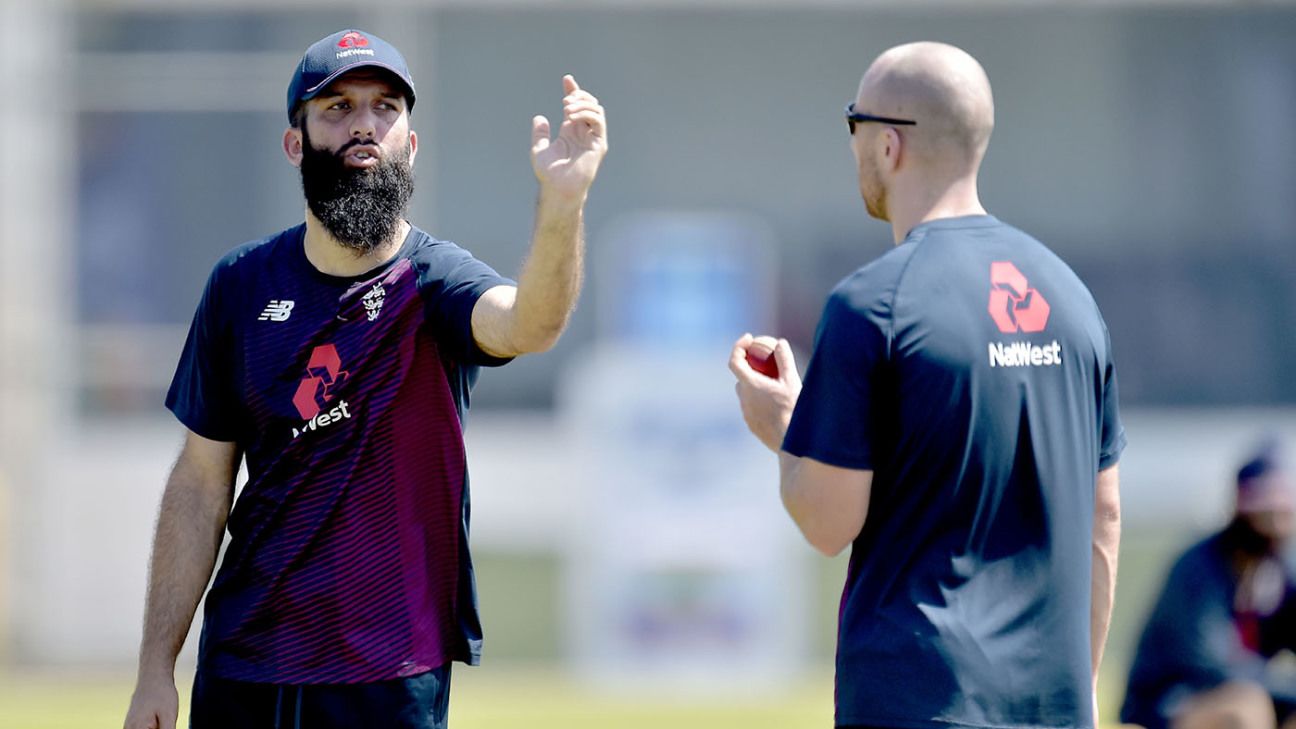 England are confident of having Ollie Pope and Moeen Ali available for the first Test of the series against India.

Both men missed the 2-0 series win in Sri Lanka due to injury and illness respectively. But, with the bulk of the squad flying to Chennai on Wednesday, the England management are confident they will be available for the Test starting at Chepauk on February 5.

Pope and Moeen were both part of the tour party in Sri Lanka. However, Moeen was forced into extended quarantine after testing positive for Covid-19 upon arrival – he subsequently suffered mild symptoms and was obliged to sit out the entire series – while Pope was there to continue his rehabilitation having undergone a second bout of surgery on a shoulder injury. He was able to bat – and bat very well – in the warm-up game at the start of the tour, but has not been considered fit enough to field.

“I’m hoping Ollie will be able to throw his hat in the ring for that first Test,” England head coach, Chris Silverwood, said from Galle on Tuesday. “The sooner we can get him back the better it is for us.

“Moeen should be available for the first Test, too. He’s been through everything he needs to go through and is progressing nicely.”

It is likely to be a much-changed England side that plays in that first Test. Rory Burns, who has been absent on paternity leave, has every chance of returning at the top of the order, while Ben Stokes will slot into the middle-order – probably in place of Dan Lawrence – and Jofra Archer may well replace Mark Wood in the fast bowling role. That would allow England to play an attack that included Stokes as one of three seamers and still retain two spinners. Moeen, who scored two Test centuries during England’s last tour to India, could replace Dom Bess as off-spinning all-rounder.

Zak Crawley and Dom Sibley could yet retain spots in the top three with Jonny Bairstow having been rested for the first couple of Tests. Although neither looked especially comfortable against Sri Lanka’s spinners, England will also be mindful that India have an outstanding array of fast bowlers. Sibley and Crawley might, therefore, he required to see off the new ball in relatively traditional fashion.

Despite England proving surprisingly reliant upon their seamers in the victory over Sri Lanka, Silverwood has hinted they will resist the temptation to field a seam-dominant attack. Instead, he suggested England would probably continue to field two spinners.

“We’ll have to look at the wicket when we get there, but history may suggest you’ll be looking at two spinners,” he said. “We have to have a look at how the rest of the bowling attack will look beyond that. I’m open to ideas all the time. We’ll look at the stats, what has been successful at that ground before and then take the lead from it.”

England’s preparation for the India series is far from perfect. The players arriving from Sri Lanka will be obliged to spend six days in their hotel rooms serving a quarantine process, which only allows three full days of training ahead of the game.

Many of them will, at least, have played some cricket in Sri Lanka. The players arriving from the UK – which includes Stokes, Archer and Burns – have not had that advantage. But they have been in India for a couple of days already and will be able to train from Saturday. That allows them five days of practice ahead of the first Test. Both groups of players will be obliged to return three negative Covid-19 tests during their quarantine period. “If they’re fit and ready, if they look good, they’ll be available for selection,” Silverwood said.

In a perfect world, Silverwood would have the likes of Bairstow (who misses the first two Tests), Jos Buttler (who will miss the last three) and Mark Wood (who also misses the first two) available to him for the full four-match campaign. But he has no complaints about the policy of rest and rotation and asks that England supporters also try to empathise.

“We’ve got to look after our people,” Silverwood said. “We’re spending a lot of time looked in hotel rooms inside bio-secure bubbles and it’s not easy. It’s good that we’re being proactive and looking after people. I’m perfectly happy with the system we’re using.

“So I’d just ask them [supporters] to understand why we do what we do, we’re resting in the best interests of that player and equally to get the best out of them long term.”

Start of third West Indies vs India T20I pushed back by 90 minutes
Ramesh Mendis 5-wickets vs Pakistan
Capsey, Brunt and Jones have England on the brink of a place in the semi-finals of the Commonwealth Games
Hasan Ali dropped from Pakistan squads for Asia Cup and Netherlands ODIs
Sibley and Lawrence handed Lions chance in South Africa tour match